Amelia, 19, went Instagram official with Disick, 37, on Valentine’s Day, nearly four months after they were first spotted together at a  Halloween party, according to Us Weekly.

An insider told Us that at first, Rinna and her husband Harry Hamlin didn’t know what to make of their teenage daughter’s romance with the much man who has three kids with Kourtney Kardashian.

“Her parents were skeptical at first,” the source told the outlet. “But seeing their daughter happy makes them feel better about their relationship.”

Amelia has appeared on the Real Housewives of Beverly Hills multiple times, where she has opened up about her eating disorder and issues with anxiety. But that doesn’t mean her new relationship will play out in front of Bravo’s cameras.

“It’s not likely that Scott will appear on Real Housewives of Beverly Hills, but never say never,” another source said.

As Amelia’s news made headlines, rumors began to swirl that her famous parents were eyeing their won show at E! as a replacement for Keeping Up With the Kardashians, the reality show that Discki has appeared on since 2007 and is set to end this year after 20 seasons.

Insiders told Page Six that there was “no truth” to rumors that the Hamlins and their daughters Amelia and Delilah Belle are in talks for such a show. Rinna even cracked a joke about the reality show rumors by asking her followers, “Really? When do we start?”

While the Kardashians won’t be passing the torch to the Hamlins, an insider told Us that the Kardashian-Jenner family is “super supportive of Scott and Amelia’s relationship” and think the 19-year-old model is “a good influence” on the dad of three. 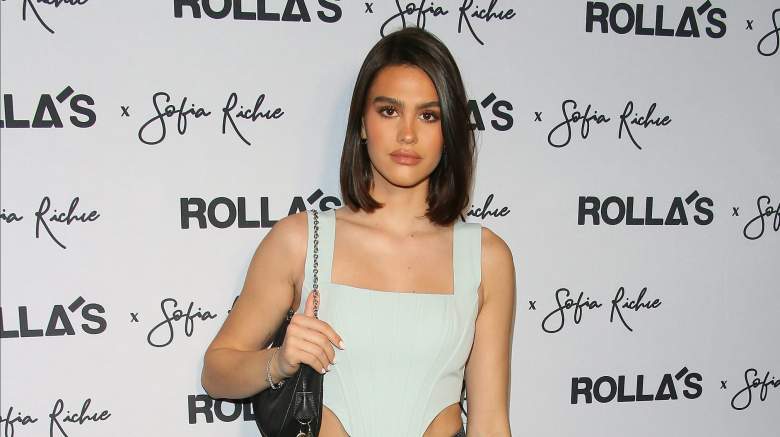 Real Housewives of Beverly Hills fans may recall that Amelia previously dated a relative of Rinna’s former RHOVH co-star, Kim Richards. Richards even joked about it once on Bravo’s Watch What Happens Live in 2019 as she recalled her past rocky relationship with Rinna.

“For those of you who don’t know, my daughter’s [Brooke Wiederhorn] husband [Thayer Wiederhorn] has five siblings, and his brother is dating Lisa’s daughter Amelia,” Richards said in 2019, per Bravo.com. “So we realized the other night that we could be in-laws. And I said to Lisa the other night, this is pretty crazy; this is our karma for fighting. We may have to look at each other for the rest of our lives.”

Richards then officially invited Rinna to her clan’s annual Christmas party at her sister Kathy Hilton’s house since they could be “family” someday.

An insider told E! News that the Real Housewives of Beverly Hills star and her actor husband were “sad” when their daughter ended her relationship with Richards in-law.

“Harry and Lisa were sad to see Amelia and Mercer Wiederhorn split because they loved Mercer,” the insider said. “He was like family.”

As for Amelia’s romance with Disick, the insider added that both of her parents “believe this is just a phase.”