Kristin Cavallari and Jay Cutler stunned fans when they posted matching photos on their Instagram accounts with an identical cryptic caption on Friday night.

The Very Cavallari star and her NFL player ex caused an uproar on social media after sharing a snap of them posing together at home in Nashville with Kristin leaning against Jay and the caption,  “The world is full of users. 10 years. Can’t break that.”

Fans were blindsided by the chummy snap, with many asking if the celebrity pair was back together 10 months after announcing their divorce.

But a source told E! News nothing has changed between Kristin and Jay, and that their unbreakable bond is in regards to their children Camden, 8, Jaxon, 6, and Saylor James, 5, and not a hint at a romantic reconciliation.

“They are friends and they are single. They will always have each other’s back,” the insider told the outlet.

So why did the exes post the first photo to break the Internet in 2021?

Over the past few months, there have been rampant rumors about Kristin and Jay’s personal lives, most notably when it comes to two Southern Charm stars.

Fans know that Kristin was linked to Southern Charm’s Austen Kroll, after she went on a group dinner with him in Nashville, then popped up on top of his shoulders in a  dance party video.

While Kristin quickly denounced rumors that she was dating the Bravo star, in comments to the new Instagram post, fans speculated that the pic was a clap back to Austen’s ex, Madison LeCroy.

Madison hosted an Instagram Live the night before Kristin and Jay posted their matching Instagram photos and reportedly poked fun at the dance video.

“Taking it this is a big eff you to Madison LeCroy’s live last night. Where she bashed Kristin’s parenting and said Jay was relieved to not be with her etc…” one fan wrote in the comments to Kristin’s post.

“Mocking the Austin & Kristin dancing etc… The more she drank the meaner she got about Kristin,” another commenter added.

“Someone asked if her son was home & she said no def not. Then said ‘I can’t say the same for Jays ex. He def didn’t have his kids on ‘that’ night,’” another wrote of Madison’s insinuation that Kristin’s three kids may have been home when she was partying with Austen a few months ago.

“At one point in the live she jokingly yelled ‘Jay!’ like he was there (and clearly he wasn’t),” another noted.

Madison LeCroy Teased Her Own Dating Rumors With Jay 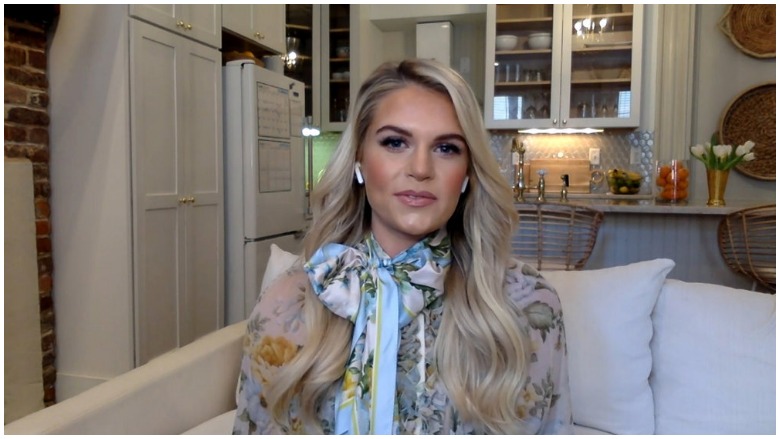 So why would Madison be talking about Jay? In an interesting twist, Madison used the dance party video to hint at her own rumors about a relationship with Kristin’s ex.

An anonymous source told Us Weekly that the Southern Charm beauty and Jay are “having fun getting to know each other,” and Madison, 31, also teased the romance with the former Bears quarterback during a guest spot on Watch What Happens Live.

After host Andy Cohen asked her if she saw her ex-boyfriend Austen Kroll’s recent Instagram dance party “adventures” with Kristin, Madison replied, “I was busy having my own adventure, but no, I did not.”

When the  WWHL host asked  Madison if her “adventures “were of the Jay Cutler kind, she coyly said she wouldn’t be “kissing and telling.”