It might feel like Fortnite Season 5 has enough weapons as it is, but it appears that Epic Games is getting ready to reintroduce an old favorite(?) back into the game.

Following the v15.30 update, we saw the addition of not one, but two new Exotic weapons, and it looks like Epic isn’t stopping there. Instead of adding a new Exotic gun, they will instead be bringing back the dinky Crossbow, something that has become sort of a tradition.

As you may know, Cupid uses a bow, so having the Crossbow come back for Valentine’s Day is a decent idea, but the issue is that this weapon never really did a whole lot of damage.

Here’s what we know about it’s return so far.

Crossbow Could Come Back

According to Fortnite leaker FortTory, there are several questlines that will feature the Crossbow, which would seemingly indicate it’s coming back.

The Cuddle King, who is set to appear as an NPC, has several lines that mention this weapon, so it seems safe to say that this is something we can look forward to in the near future.

It is most likely coming back for whatever Epic has planned for the Valentine’s Day event, which has already had several cosmetics leak.

The Crossbow never really gained traction in the meta and fell more into a meme category in terms of weapons. It would be fun to pick up and mess with friends using it, but it was never anything you should rely on. Perhaps that could change when it returns?

When Should We Expect It? 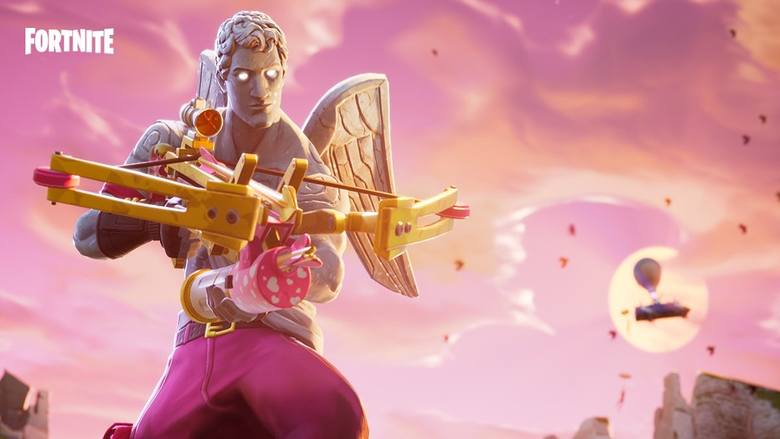 Epic GamesLove is in the air.

Since Valentine’s Day is February 14, we should expect to see this weapon return some time before that date.

With that being the case, we might be getting a new update next week, which would be excellent news for Fortnite players as having new things is never a bad thing.

It might be too early to tell exactly what the plan is, but if there actually is another update next week, look for the Crossbow to be part of it.

A weapon nobody asked for could be returning to Fortnite soon.