It’s no surprise by now that the best thing to spend your hard-earned Gold Bars on in Fortnite Season 5 is an Exotic weapon.

These guns go above and beyond the usual loot pool and will usually help propel you closer to an elusive Victory Royale. If you find yourself in more of a support role with your squad, or if you’re somebody who just gets a kick out of healing, then this new Exotic weapon is for you.

After leaking a while back, the Slurp Bazooka is finally in the game, except it’s named the Chug Cannon, but it’ll be right up your alley. If you’re familiar with the Bandage Bazooka, then just think of this new Exotic as a better version of that.

However, the Chug Cannon is a bit tougher to get your hands on, so here’s where you can track it down. 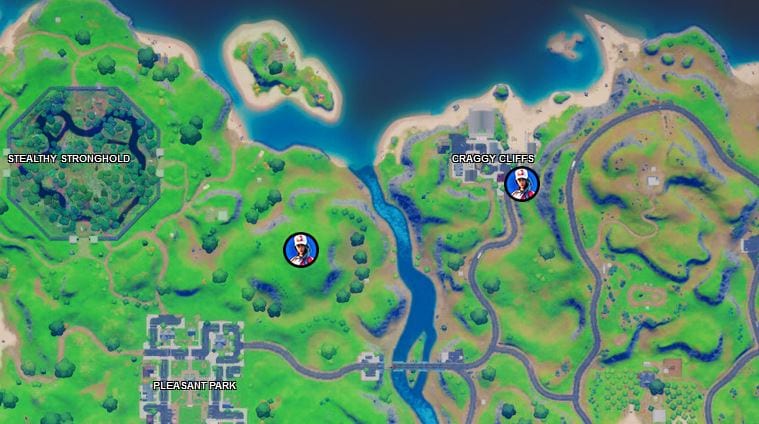 If you’re looking to buy this Exotic weapon, you’ll first need to make sure you have a supply of 600 Gold Bars.

Once that’s done, you’re going to have to track down Remedy. She currently has two spawns and they are both around Craggy Cliffs.

Keep in mind that the character won’t always spawn, so you might have to check both spots if you’re dead set on finding the gun.

What Does it Do?

Like the Bandage Bazooka, the Chug Cannon will take up two inventory slots and heal your team.

Unlike its counterpart, the Chug Cannon will be able to replenish shield, hence the Chug, and it can also do splash healing, meaning that if you aren’t careful healing a teammate in the fight, you might also help out your opponent.

Given the fact it’s only 600 gold, we expect that many players will at least give it a try, but it will most likely be a very situational weapon.

Let’s see if this weapon can find its way into the meta or if the playerbase will just decide the Bandage Bazooka works just fine.

Loading more stories
wpDiscuz
0
0
Would love your thoughts, please comment.x
()
x
| Reply
Here's how to get the new Chug Cannon in Fortnite.