The end of Fortnite Season 7 is practically here, and while players put their finishing touches on the content this season had to offer, Hot-Saucers podcaster Mari has something to tell you about.

Players only have a few more days to unlock all of their special styles for the Battle Pass skins or unlock that last cosmetic they need for Kymera, so make sure you get all of that done.

Once that’s done, or you’ve gotten as far as you’re going to get, you might want to heed the warning from Mari.

She’s been dropped “Hot Saucers Leaks” all season long, and her latest one might prove to be the most important of them all.

Mari is letting players know that she’s relieved that Doctor Slone is helping the island out, but warns that we shouldn’t trust her.

“Part of me is super relieved, and the other is… Honestly really, really scared for you,” she says. “I don’t trust Slone. Just be careful.”

It’s obvious that people shouldn’t trust Slone at this point, especially since she’s been working with villains such as Deathstroke and Lex Luthor behind the scenes.

The regular people on the island don’t know about any of that, but it’s still something that we know about and it’s why people should be afraid of her. Throughout the season, it’s been clear she’s the villain, but with the looming threat of the Mothership, we knew that we’d have to rely on her to fight off the aliens.

What’s crazier about what she says in the podcast is that there’s an even bigger threat to look out for.

“Whatever you think the worst thing ever is, this might be way, way…” before the feed cuts out.

Now, what she’s talking about remains to be seen, but it does seem clear that it’s something for us to be worried about.

Get Prepped For the Event 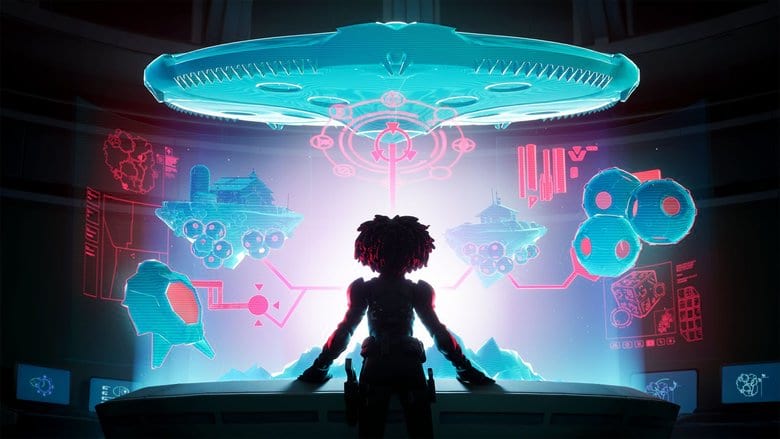 The season-concluding event takes place September 12 at 4 p.m. ET. Unlike some of the past events Fortnite has given us, this one will have a specific time window you’ll have to hit.

This is a return to form for how the live events used to work in the past, so it’s a good thing for some players, but disappointing for others. Epic encourages players to get logged in early to secure a spot, so you might want to log in at least an hour or so earlier than the event.

If you do miss out on the action, you’ll surely be able to catch a replay of it on YouTube, but nothing will beat being there in person. You’re not going to miss out on any exclusive cosmetic if you don’t attend, so you’re not really missing out on anything major except the experience.

The real meat and potatoes are what comes after the event where we will presumably be seeing map changes, new weapons, skins and many more. It’s an exciting time to be a Fortnite fan, so let’s wait and see what Epic has in store for us!

Loading more stories
wpDiscuz
0
0
Would love your thoughts, please comment.x
()
x
| Reply
Something even more dangerous is coming to Fortnite.