The end of Fortnite Season 7 is nearly here and Epic Games have unveiled the upcoming event to close it out.

Officially named Operation: Sky Fire, this event will see Doctor Slone finally take the offensive against the alien threat. With the Mothership now looming over Corny Complex, it looks like the time is now for the IO to fight back.

Instead of just rolling over and dying like Slurpy Swamp and Coral Castle, it looks like the fight over Corny Complex will be more vicious.

This will be a departure from the most recent live events, because instead of being available to anyone who plays Fortnite, this is a return to having to show up in a certain time window.

When is the Event?

The Mothership's sights are set on the IO's base. Slone has a plan to end the Invasion for good. Are you ready?

Prepare for the live event, Operation: Sky Fire on Sep 12 at 4 PM ET.

❤️ this post to be reminded when the Event is live pic.twitter.com/wqRwQ9jgdf

The Operation Sky Fire event takes place at 4 p.m. ET on September 12, so you’ll need to mark that time on your calendar.

In the Epic Games blog post, Epic confirms the event playlist will be available 30 minutes before this time, but you are encouraged to log in even earlier so you can get a spot in the game.

The event will be playable with a lobby of up to 16 friends, so feel free to invite all of your buddies if you have that many. Replays will not be available, so if you want to relive it, you’ll have to record it yourself.

As always, you’ll want to make sure you have an appropriate skin on to fit the theme of the event. 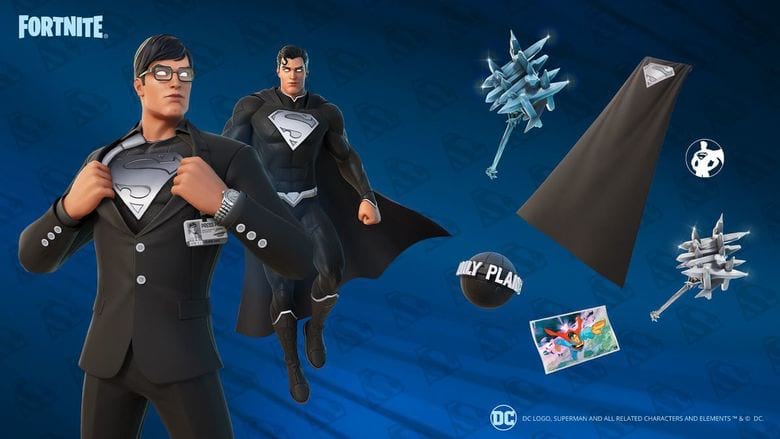 The end of a season means that all of the quests from Season 7 will be disappearing. This means that if you don’t have your Battle Pass completed or Superman unlocked, you’ll be losing the opportunity to do so once Season 8 rolls around.

There’s still some time left to get this done, especially with the Superman unlocks getting easier, but you’re not going to wait to wait forever to do any of this.

Skins like Rick and Slone are also locked in the Battle Pass, and with Slone figuring to be a long-term villain, you won’t want to miss out on her. We get the idea that she’ll be around for a while like Midas was.

Fortunately, quests like LeBron James style ones will carry over since they are tied to a skin, so you won’t have to grind those out.

Any Leaks or Hints?

We know the Mothership has to be dealt with for us to move on, but we don’t really know what that entails as of yet.

Fortnite France confirms this will be an interactive event like Galactus was, so if you liked the end of Season 4, then you might find yourself feeling similar this time around.

As for things other than that, we don’t have a lot to go off. There will be a countdown timer above Corny Complex in-game that signals the end is near.

The blog post does state that we will “join a strike team and sneak aboard the Mothership to deliver IO’s final message to the invading Aliens.”

This means that we’ll enter the Mothership for one final time to put a stop to this alien invasion. To be fair, it does sound pretty fun. All of the action kicks off September 12, so the wait is almost over!

READ NEXT: Fortnite’s Tiny Chair is Growing in Size (and Power)