Ramon Castillo, the alleged leader of a religious cult and accused murderer of a newborn baby, has been on the run since February, but he was found dead in a house in Peru on Wednesday. Here’s what you need to know.

1. Ramon Castillo is Accused of Throwing a Newborn Baby into a Fire

Ramon Castillo, 36, an alleged leader of a 12-member religious cult in the town of Colliguay in Southern Chile, is accused of murdering a newborn baby girl as a part of a sacrificial ritual. Castillo, who is believed to be the baby’s father, convinced his followers that the baby was a demon and that the world would not end if they sacrificed her. The baby’s mother, Natalia Guerra, 25, reportedly OK’d the execution. The baby was thrown into a 2-foot-deep pit of fire in a house near the Chilean coastal resort of Valparaiso last Nov. 12.

2. Castillo Was Found Dead Hanging by a Rope on Wednesday

Investigators search the house in Cusco where Castillo was found dead.

BBC News reports that the alleged cult leader was found by Peruvian police dead hanging by a rope in a house in Cusco, Peru on Wednesday. Police believe that he killed himself.

“There is no evidence of anyone else taking part in his death,” Cusco police chief Juvenal Zereceda told Chile’s La Tercera Newspaper. “All the preliminary evidence indicates this was a case of suicide.”

3. He Has Been on the Run Since February

Police have been searching for Castillo for over two months. He was last seen traveling to Peru to buy ayahuasca, a hallucinogenic brew plant he reportedly used to control his followers.

4. Four People Have Been Arrested

The mother of the murdered newborn, Natalia Guerra.

The mother of the baby, Guerra, surrendered herself to police with three others on April 25. She confessed that they murdered her newborn as pat of a sacrificial ritual while they affected by the hallucinogens. Guerra remains in custody charged with murder, alongside Josefina López, Carolina Vargas San Martín and Pablo Undurraga Atria.

Castillo formed the 12-member cult in 2005. The sect consisted of professionals of different walks of life including a filmmaker, a veterinarian and a flight attendant. 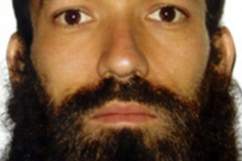 Loading more stories
wpDiscuz
1
0
Would love your thoughts, please comment.x
()
x
| Reply
Ramon Castillo, the alleged cult leader accused of murdering a newborn baby in a pit of fire, was found hanged in a house in Peru on Wednesday.