Leaders from eight of the world’s more powerful nations will meet in Northern Ireland in the UK for the next two days to discuss the world economy and world political stability at the annual G-8 summit. The summits are always controversial and violent, but between the location, instability and violence in the Middle East, and revelations of government surveillance, this year could be a perfect storm. There are some 8,000 cops on-hand to counter the thousands of protesters expected to descend on Belfast City Hall.

Here’s what you should know about this historic event, its implications, and what could go wrong.

This year the G-8 is hosting its yearly summit in Belfast, the capital of Northern Ireland. Belfast has been home to decades of religious and political conflict between Irish Catholics and the ruling protestant English over Northern Ireland’s independence. Activisits on both sides of the issue have been subject to intense violence, and 3,700 people have been killed in the last 40 years.

Barack Obama said yesterday that although there has been an unprecedented peace between the two sides in the last 15 years, that peace would one day be tested:

2. It’s a Meeting of Imperial Powers

The G-8 was started as an organization of the five wealthiest nations in the world in 1973 — The U.S., Japan, West Germany, the U.K. and France. Canada, Italy and Germany later were added. Though developing nations like China and Brazil have surpassed certain existing G-8 countries in economic might and global influence, they remain excluded from the table while former imperial powers like Italy and France retain seats. The privileging of these nations brings focus away from Brazil, India and China, which have all worked their way into the list of top 10 wealthiest world countries.

3. Snowden: The British Spied on All Delegates in 2009

The newest leaks of confidential documents by whistleblower Edward Snowden were released today, revealing that British secret services spied on world delegates at 2009’s G-8 summit in London. The Guardian reported that these leaked documents provide proof that that the activities of this operation included:

•Setting up interner cafes where they used an email interception programme and key-logging software to spy on delegates’ use of computers;

•Penetrating the security on delegates’ BlackBerrys to monitor their email messages and phone calls;

•Supplying 45 analysts with a live round-the-clock summary of who was phoning who at the summit;

• Targeting the Turkish finance minister and possibly 15 others in his party;

• Receiving reports from an NSA attempt to eavesdrop on the Russian leader, Dmitry Medvedev, as his phone calls passed through satellite links to Moscow. 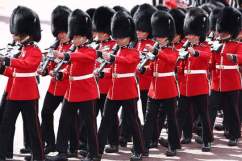 4. People Go to G-8 to Protest Everything

Protesters on every issue, from globalization to fracking, drone strikes to NSA spying, will all be present outside of Belfast City Hall.

Police say 1,500 protesters at #g8 Belfast protest. Maybe a little more,but certainly less than half the 5,000 expected. No arrests, #blogg8

5. The Protests Are Violent

In previous years, G-8 protests have been some of the most violent in the world, with both protesters and police clashing with violent tactics. Especially those in London in 2009 where a man named Ian Tomlinson died after being hit by police, and the protests in Toronto in 2010, shown above.

6. The Women of the Obama Family Are Avoiding Protesters

Irish publication the Independent is reporting that Michelle, Malia, and Sasha Obama will be spending the next two days in the country side, supposedly to avoid the protests that will inevitably occur as the summit continues. The three women will attend a river dance performance, learn about their Irish ancestry, and spend time away from Belfast.

7. Cameron’s Agenda Is About Trade, Taxes and Transparency

The host of the summit, British Prime Minister David Cameron, will use the gathering of economic powers to discuss economic issues such as closing tax loopholes by putting pressure on notorious banking institutions in their commonwealth, like the Bahamas and the Cayman Islands.

8. Putin Will Take Heat on Syria

Putin Arriving in Belfast for the G-8 Summit.

The 8 leaders are expected to discuss what is to be done about the devastating conflict in Syira as the violence worsens. The summit will be a particularly opportune moment to discuss the conflict because Russian Prime Minister Vladimir Putin, a defender of the ruthless Assad regime, will be in attendance. 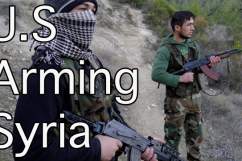 9. People Say There is No Point

In 2008, as the G8 prepared to meet in Japan, Washington Post reporter Don Lee asked the question, why is this group relevant?

Upon Barack Obama’s arrival in Belfast, 16-year-old and Belfast native Hannah Nelson gave a speech about the importance of history and tolerance for Belfast’s future. The Independent hailed the speech as a triumph and claimed that Nelson, “nearly upstage(d) the most powerful man in the world.”

Loading more stories
wpDiscuz
0
0
Would love your thoughts, please comment.x
()
x
| Reply
The 2013 G8 Summit in Belfast, Northern Ireland is a perfect storm of protest, and controversy due to government spying, Syria, and bad economies.