Hundreds of protesters marched in Toronto Monday night after a police officer fatally shot 18-year-old Sammy Yatim for brandishing a knife in an empty streetcar. Here’s what you need to know.

Sammy Yatim was shot nine times in 13 seconds after yielding a knife in an empty streetcar by a Toronto police officer, reports the Daily Mail. When the teen refused to put the knife down, the police officer told him “If you take one step in this direction with that foot, [inaudible] die.” After not listening to the officer, Yatim was riddled with bullets. Other police officers even tasered the young man after he was shot and on the ground. Ontario’s Special Investigations Unit said Yatim died of multiple gunshot wounds.

2. The Shooting Was Caught on Video

After witnessing the shooting on Youtube, hundreds of people protested, saying it was unnecessary police force. Protestors marched Monday evening demanding justice for Yatim and an end to police violence.

A former Toronto police detective who saw the video said it appeared that “excessive” force had been used.

4. The Incident is Being Investigated

After viewing the video, Toronto Police Chief Bill Blair said he understands the public’s concern and is conducting an investigation.

“I am aware of the very serious concerns the public has,” Blair said. “I know that people are seeking answers as to what occurred, why it happened and if anything could have been done to prevent the tragic death of this young man. I am also seeking answers to these important questions.”

5. The Officer Has Been Suspended

Toronto police spokesman Tony Vella confirmed the officer involved has been suspended with pay until a thorough investigation has been conducted. The officer is also said to be “devastated.” 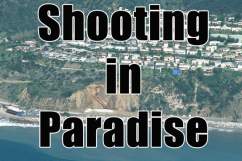 One Dead in Pacific Palisades Shooting: 5 Fast Facts You Need to Know