Police today announced the discovery of a murder-suicide scene in a Sycamore Drive home in Prattville, Alabama.

Police were called to a Prattville, Alabama, home shortly after 7:35 p.m. on Tuesday night where they found two dead teenagers, according to AL.com. Prattville Police Chief Mark Thompson has confirmed that the teens died of knife wounds to their bodies on the first floor of the home.

Police did not find any signs of a struggle or a suicide note. Police do not currently know a motive for the murder-suicide.

9 Vines Take You Inside the Lives of Alleged Teen Killers

2. Two Knives Were Found at the Scene

Police Chief Thompson confirmed that Owen was stabbed in his front by Warren, who then took his own life. Two bladed weapons were used in the event. A kitchen knife and a hunting knife were found at the scene.

Thompson did not reveal how many times the teens were stabbed.

3. The Mother of One Boy Discovered Their Bodies

The mother of one of the deceased teens discovered the bodies around 7 p.m. Tuesday night when she and her husband returned home. According to AL.com, the teens were last seen earlier that day around 4 p.m.

4. The Event Occurred in a Home on Sycamore Drive

The murder occurred in a home on Sycamore Drive in Pratville, Alabama. The street is located just off of Fairview Ave (Highway 14). It is also closely located to the Memory Gardens Cemetery.

Prattville Police Chief Mark Thompson has confirmed that the teens died on the first floor of the home.

5. Both Boys Were Graduates of Prattville Christian Academy

Both Warren and Owen are graduates of the Prattville Christian Academy and were relatively religious observers according to AL.com.

Been too long since I just sat down and read some Bible.

The school is funded solely from tuition, school fees, and private donations.

Our mission at PCA is to glorify God by inspiring qualified students to excel academically, physically, and spiritually. The children of today will be the leaders of tomorrow, and our aim is to make the world of tomorrow a place that is full of hope and security.

Prattville Christian Academy is committed to building faith in God, love of His Word, and respect for His creation. We are committed to providing a quality, Christ-centered, Bible-based education in a caring Christian environment, with emphasis on the individual and the importance of the family. We are committed to preparing qualified students for future success without preference to gender, race, or national origin. 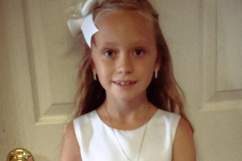 6. There Were Many RIP Tweets for Warren, But Few For Owen

Weirdly enough, friends of the boys have taken to Twitter to mourn their friends, but at this point, far more messages have been left for Warren than for Owen, who is the victim in the murder.

It's easy to be different. But the question has always been wether you wanted it. @Brobantio you were man among the boys.

Literally there is a tragedy around every corner lately, RIP Mitch Warren

R.I.P. Mitch Warren. Seems like I just had class with you in 8th grade yesterday.

RIP Wellesley Owen and Mitch Warren.. Went to elementary school and church with Wellesley but idk the other. Praying for the families!!!!!!!

Heaven received an awesome angel. Tragic to hear about you brother. Rest in peace Mitch. Prayers going out to the Warren family.

7. Owen Was a Pre-Med Student

According to Owen’s Facebook profile, he was a pre-med student at Auburn University Montgomery. AUM is a coeducational public university with more than 5,500 students. AUM’s School of Business ranks in the top 5% of business schools in the world, according to Wikipedia.

8. Warren Was a Dishwasher at a Local Restaurant

According to his Facebook profile, Warren was a dishwasher at a local Prattville restaurant called the Catfish House. The restaurant is not going to be releasing a statement about Warren and refused to make a statement on the story. 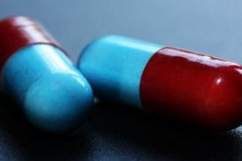 9. Warren Was a Marijuana Advocate

Marijuana got 50,000 more votes than Obama on Tuesday.

The tragedy of a murder-suicide, especially in a small town, is very hard to forget, especially if it’s happened before. Prattville has had at least two other murder-suicide cases; one in 2012 and another in 2008. In June 2012, Edward Kelley murdered his 18-year-old daughter Marie Kelley. After shooting her, he turned the weapon on himself and ended his own life, according to AL.com. The eNews Courier has a report from 2008 of another Prattville man, 49-year-old Ronald Eden Miller Jr. killed his 43-year-old wife Kay Cain Miller, also with the use of a gun.