Curtis Clark Green, 47, pleaded guilty today to a federal drug charge after he purchased a kilo of cocaine from an undercover agent. Green was said to be an administrator on the secret Deep Web drug bazaar, Silk Road, which was brought down by the FBI last month.

Here is what you need to know about this secretive online administrator.

1. He was Known as ‘Flush’ and ‘Chronicpain’

Green admitted in court to being an administrator on Silk Road and the AP identifies him as using the online aliases “Flush,” and “Chronic Pain.”

Followers of Silk Road have long suspected that Chronic Pain, who began work on the website in 2011 and quickly became an admin, was the creator of the identity Flush because of Flush’s quick rise to administrator status.

2. He Was Paid a Salary to Answer Questions and Search for Law Enforcement

The Baltimore Sun reported today that Green was paid a regular salary by Silk Road for doing daily tasks akin to costumer service and security. This power gave him access to interpersonal communication and transaction numbers. This information may have aided investigators when he was arrested last January.

3. He Was Brought Down by a Sting

The sting began in December 2012 when an undercover agent approached the founder of Silk Road, Ross Ulbritcht, known by his Internet alias “Dread Pirate Roberts,” to sell cocaine. Ulbritcht then asked Green to procure a buyer, and Green, acting as a middle man, asked the agent to deliver the cocaine to his residence in Utah.

Yesterday the Twitter account @DreadPirateSR began to tweet that Silk Road was back up and running with thousands of people per second flooding into the renewed Internet drug market.

#SilkRoad is back up. Deja vu anyone? #weriseagain 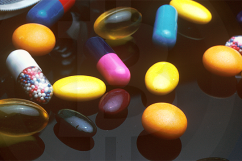 Court documents relating to the case against Silk Road founder Ross Ulbricht claim that the website oversaw the spending of $1.2 billion over two years of operation. 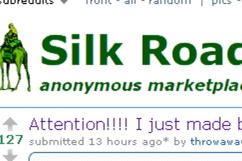