Federal authorities have seized an online marketplace for illegal drugs and services called Silk Road and arrested the man behind it, Ross William Ulbricht, who goes by the alias Dread Pirate Roberts.

According to an FBI probable cause affidavit (scroll down to read the full doc), from January 2011 to September 2013, “…the Silk road website has served as a sprawling black-market bazaar, where illegal drugs and other illicit goods and services have been regularly bought and sold by the site’s users.”

Here’s what you should know about Ulbricht and the apparent end of his enterprise.

Silk Road operated on a clandestine Tor network and sold goods in exchange for the digital currency Bitcoin.

Tor directs Internet traffic through a free, worldwide, volunteer network consisting of more than three thousand relays to conceal a user’s location or usage from anyone conducting network surveillance or traffic analysis.

According to the criminal complaint that led to Ulbricht’s arrest warrant (located at the bottom of this article), the site has, “as of July 23,2013, there were approximately 957,079 registered user accounts.”

The FBI special agent responsible for the document says that the website does nothing to regulate whether a user can have more than one account, muddying the nearly million-user figure:

This is not necessarily equal to the number of actual users of the website, since nothing prevents a user from creating multiple accounts. However, based on my training and experience, this volume of user accounts indicates that the site has been visited by hundreds of thousands of unique users.

2. The Site Solicited the Sale of Illegal Drugs & Services

Silk Road was a marketplace for drug dealers, and as its host, Ulbricht is implicated.

According to the complaint, Ulbricht has attracted and acquired distributors and manufacturers of various drugs, including marijuana, cocaine, methamphetamine, ecstasy, LSD, and so on. He is accused of facilitating the transaction and trafficking of the illegal substances.

According to the complaint, the drugs sold on the site were generally sold in “individual-use quantities, although some vendors sell in bulk.”

Additionally, Silk Road also facilitated the selling of services like forgery, computer hacking, and even murder for hire.

The document explains that at the time of writing, there were 169 listings under the forgery category. Vendors were offering fake government documents, including drivers licenses, passports, social security cards, utility bills, and so on.

The Silk Road’s biggest asset is its anonymity for users and vendors. One of the things contributing to this is that the online market uses the Bitcoin currently exclusively in its transactions between users. The complaint explains the non-fiat currency as follows:

Bitcoins are an anonymous, decentralized form of electronic currency, existing entirely on the Internet and not in any physical form. The currency … is generated and controlled automatically through computer software operating on a “peer-to-peer” network. Bitcoin transaction are processed collectively by the computers composing the network.”

Although all Bitcoin transactions are recorded on a public log known as the “Blockchain,” it is nearly impossible to track the users who are transferring the money when it is backed up with software designed to frustrate tracking.

This level of anonymity is a huge asset in the world of blackmarket sales. In two years the site allegedly raked in some 9.5 million bitcoins in revenue, or $1.2 billion, with some $80 million of that in commission of transactions.

The seizure of Silk Road represents the largest seizure of Bitcoin assets in history. 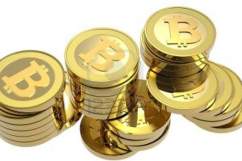 4. Ulbricht’s Carelessness Got Him Caught

It appears that Ulbricht’s carelessness is what got him caught. The complaint document illuminates multiple instances where he mistakenly revealed his real identity.

According to Slate, Ulbricht went onto Stack Overflow, a site where programmers ask and answer questions, catering to pros and amateurs alike. On the site, the accused asked, “How can I connect to a Tor hidden service using curl in php?” Silk Road is a website on a Tor network.

According to Slate, Ulbricht posted this question using his real name. Soon after realizing this, he changed the name to “Frosty.” And this is what the criminal complaint points to as a key piece of evidence:

His Stack Overflow account still exists, and you can check it out here.

As Ulbricht’s story continues to make headlines, it has also become a hot topic in the Bitcoin world. Not surprising at all, the Bitcoin forum on Reddit has chimed in. The thread about the article has exploded with comments pointing out Ulbricht’s obvious mistakes as written in the complaint. Reddit user /u/gwern even found some forum posts Ulbricht is alleged to have made in the early promoting of the Silk Road website that are directly written about in the FBI document.

These posts were made soon after Ulbricht allegedly created the website, when he was attempting to garner attention for the site. The first post, posted to Bitcointalk.org, could not be found in its original form, but /u/gwern found a post where it was quoted.

The second post is one Ulbricht made months later on a website called Shroomery.org, a forum for fans of “magic mushrooms.”

Ulbricht was arrested on October 2 in San Francisco.

As we mentioned above, transactions of Bitcoins can be made nearly impossible to track when you introduce software designed to counter tracing. According to the complaint, the Silk Road website uses something called a “tumbler” to facilitate this result. This is how the Silk Road Wiki describes it:

“[The Silk Road’s tumbler] sends all payments through a complex, semi-random series of dummy transactions, … making it nearly impossible to link your payment with any coins leaving the site.”

Basically, the tumbler obscures any link between the buyer and vendor’s Bitcoin information.

According to the FBI agent who wrote the complaint, “the only function served by such ‘tumblers’ is to assist with the laundering of criminal proceeds.”

Additionally, Ulbricht has also been accused of committing computer hacking crimes. The document says that he accessed information from protected computers for the purpose of commercial advantage and private financial gain, “and in furtherance of criminal and tortious acts.”

According to seized communications, a Silk Road vendor called FriendlyChemist blackmailed Ulbricht by threatening to publish vendor and customer information if Ulbricht didn’t give him $500,000. FriendlyChemist told Ulbricht in a message that he owed the money to his drug manufacturers. In fear of losing the main tenant of his business — anonymity — he contacted the manufacturers and offered to add them as a distributor on his site. He then asked the group to murder the blackmailer, who Ulbricht revealed to be living in White Rock, British Columbia, Canada. They agreed on a fee and the murder was commissioned.

About 24 hours later, Ulbricht received a message reading, “Your problem has been taken care of. . . . Rest easy though, because he won’t be blackmailing anyone again. Ever,” according to the complaint. Subsequent messages revealed that the murderers provided a picture of the victim’s face after the job was done. 7. Ulbricht Has a Big Social Media Presence for a Black Market Leader

This LinkedIn page, which is a near-identical match for the LinkedIn page cited in the affidavit, professes Ulbricht’s new “goals” to “abolish the use of coercion and aggression amongst mankind”:

Much like the manifesto he wrote on his LinkedIn page, Ulbricht also published an essay on his Facebook account on July 5, 2010 titled “Thoughts on FREEDOM,” exploring his ideas on what it means to be free and how to define it as such.

8. Ulbricht Is a 29-Year-Old Investment Advisor

Ross Ulbricht received his undergraduate degree from the University of Texas at Dallas, where he studied sciences.

Ulbricht also attended Pennsylvania State University for his graduate education, where he studied solar cells. He received his degree in physics.

Although his educational background is in the sciences, he listed his position on his LinkedIn profile as an “Investment Adviser and Entrepreneur.”

The page also says that he started a business called Good Wagon Books. He describes it as such:

Good Wagon Books has collected tens of thousands of reusable items and found them new homes. We serve three groups in our local community:
Homeowners: By helping to de-clutter their lives and homes.
Employees: By providing training and development, good pay, and an active work environment.
Charities: Though we are technically a for-profit company, we don’t actually make any profit because we give so much to charity. For every thousand books we sell, we donate $100 to Explore Austin, a local non-profit that mentors inner city youth (exploreaustin.com). The items we can’t sell get donated to Inside Books Project, a prison literacy program (insidebooksproject.org). Anything else is found a suitable home, nothing useful gets thrown out.

His family is dumbfounded by the accusations against Ross.

“He’s an exceptionally bright and smart kid,” said his half-brother Travis Ulbricht. “He’s always been upstanding and never had any trouble with the law that I knew of.”

9. Silk Road Has Its Own User Wiki & Forum

The Silk Road website includes its own Wiki and community forums which allows users to learn about the website’s operations and discuss issues within the SR community. The Wiki includes sellers and buyers guides, guides to eluding authorities online and in real life. For instance, it instructs buyers to ship their purchased goods to P.O. boxes instead of their own home to avoid direct tracing. There are also tutorials on how to configure your computer systems to hide any trace that you even visited the site.

10. Ulbricht’s Username Was Based on a Princess Bride Character

Apparently Ulbricht’s online persona lived under the username “Dread Pirate Roberts,” which is a character from the 1987 film, The Princess Bride. In the film, it is revealed that Robert is a moniker taken by a series of individuals who periodically pass the name and reputation to a chosen successor.

“Who is Silk Road? Some call me SR, SR admin or just Silk Road. But isn’t that confusing? I am Silk Road, the market, the person, the enterprise, everything. But Silk Road has matured and I need an identity separate from the site and the enterprise of which I am now only a part. I need a name,” wrote Ulbricht.

He soon announced his new name as “Dread Pirate Roberts” and began posting as such.

If you would like to read any of the official documents used to secure the arrest warrant for Ulbricht, check out the documents below:

Loading more stories
wpDiscuz
7
0
Would love your thoughts, please comment.x
()
x
| Reply
In the largest seizure of Bitcoin assets in history, the government has shut down an online market that sold drugs and illegal services.