Nicholas Mevoli, 32, originally of St. Petersburg, Florida but living in Brooklyn died on November 18 while trying to set the World Free-diving record in the Bahamas, reports CBS New York.

Free-diving is the skill of plunging to the depths of the ocean without the of a tank or regulator. Competitors in the sport make dives of hundreds of feet below the surface on a single breath. Mevoli was competing in a nine-day-event being held in Deen’s Blue Hole in the Bahamas.

1. Mevoli is Believed to Have Died of a ‘Depth Related Injury’

He passed away at around 2 p.m. (EST) in the Bahamas after completing a 72 meter “no-fins” dive. When he returned to the surface he had difficulty breathing. The sport’s governing body, Association Internationale pour le Développement de l’Apnée or AIDA, released a statement saying that Mevoli had died of a depth related injury. His body has been transported to the island’s capital, Nassau, for an autopsy. 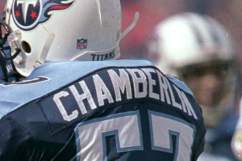 2. He Grew-Up Spearfishing in the Florida Keys

According to his uncle, Paul Mevoli, his nephew had been a diving fanatic since growing up on the Floriday Keys where he would spearfish and catch lobsters. He had only become a professional in free-diving in 2012. 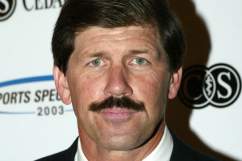 3. He Had Suffered Health Problems Ever Since Turning Pro

When Mevoli made history as the first American to reach 100m on a single breath dive in 2013, his health problems were first notice. At a tournament in his rookie year in the sport, he suffered a blackout which was depth related. Then later in 2012, sinus and ear related injuries kept him out of the World Championships and another tournament.

4. He Was Writing a Screenplay About His Experiences

Before turning pro, Mevoli worked in television and was working on a script about living as a young man in the Florida Keys.

5. He Was on Course to Break Another World Record

At the time of his death Mevoli was in-line to break a world record for “Constant No Fins” dive. The winner of the tournament in the Bahamas would have taken home $20,000. His uncle Paul concluded of his nephew:

He was very talented. Even the people in the free-diving world couldn’t believe his skill. 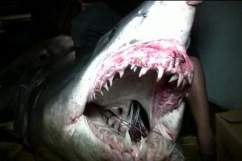