The Woolworth’s lunch counter where the Greensboro 4 staged their sit-in protest in 1960. (Wikipedia)

Franklin McCain, the renowned civil rights activist from the lunch counter sit in at a Greensboro Woolworth’s in 1960 has died at at age of 71, reports Fox 8.

1. His Family Announced the Heartbreaking News

His death was confirmed by his family in Greensboro, North Carolina, on January 9. They said that he had been battling an illness for a short time. His oldest son, Franklin Junior, released a statement saying:

Our Daddy was a man who deeply loved his family and cherished his friends. We will forever treasure the wonderful memories that we have and be thankful for all that he did for us and for his fellow man.

His is survived by his three sons, Franklin Jr., Wendell and Bert as well as six grandchildren.

2. He Helped to Start the Sit-In Protest Movement

As a college student in North Carolina, McCain and three of his friends were denied service at a Woolworth’s lunch counter. The four refused to leave and the following day their protest was joined by hundreds of supporters. His partners in his historic action were Joseph McNeil, Ezell Blair Jr. (now Jibreel Khazan) and the late David Richmond.

3. His Place in American History is Assured

Franklin McCain, one of the Greensboro Four to stage a sit-in that inspired a movement, dies. http://t.co/BvSdMnUXYm pic.twitter.com/WarASan7b3

The lunch counter is now displayed at the Smithsonian in Washington D.C. 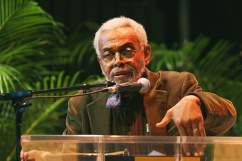 4. He Was a North Carolina Native

McCain was born in Union County, North Carolina in 1942 but was raised in Washington D.C. He returned to his native state to attned college at North Carolina A&T State University where he graduated with a degree in chemistry and biology. McCain went on to work for 35 years for the Celanese Corporation in Greensboro, North Carolina but civil rights remained his passion.

His wife, Bettye Davis whom he met at college, died in January 2013. His wife was also a prominent civil rights activist and was at her husband’s side throughout his life fighting the good fight. 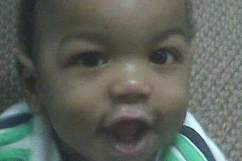 Read More
5 Fast Facts, Breaking News, Deaths, Politics, Racism
Franklin McCain, one of the Greensboro 4 and a civil rights campaigner has died at the age 61. McCain was famous for his sit-in protest at a Woolworth's in 1960.