Movie director Michael Bay was supposed to be pimping out Samsung’s latest 150 inch TV at CES 2014 in Las Vegas. However, after pimping for a few minutes, he went silent, and walked off stage simply saying, “I’m sorry.”

It left Joe Stinziano, a Samsung exec, with the awkward task of improving the rest of the unveiling.

This image was posted online shortly after he stormed off:

Anybody any clue what Bay was so upset about? Was it really just about the prompter? 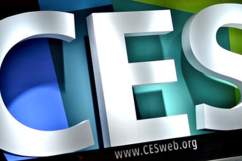 CES 2014: The Video Game Technology You Need to Know About

Loading more stories
wpDiscuz
0
0
Would love your thoughts, please comment.x
()
x
| Reply
Is this Bay's biggest blow up ever?