Russian investigators are scrambling to figure out what happened after they discovered six bodies in four cars, three of which were booby-trapped with bombs. The AP reports that although only one of the bombs had detonated, all six victims had all been killed by gunshots.

According to CNN, the cars were all found around 300 miles from Sochi, the location of the 2014 Winter Olympics, which begin in less than a month.

This comes mere weeks after two terrorist attacks killed dozens in the Russian city of Volgograd around 400 miles away. These attacks add to the fear of terrorism already causing anxiety for many of the world’s top teams and athletes.

Russia is attempting to guarantee the safety of athletes and spectators by putting Sochi on lockdown four full weeks before the games are set to begin. An over-100 kilometer parameter has been set around the southern Russian city and no one but residents and authorized personnel are allowed in. Meanwhile, reports are emerging that the U.S. Olympic ski and snowboard team has hired private security firm Global Rescue to plan emergency evacuation tactics. 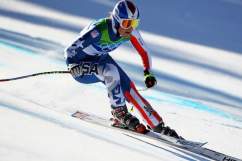 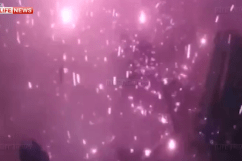