Bill Strothman, 62, an award winning photojournalist and videographer has been named by KOMO News, as one of the men killed in this morning’s helicopter crash in downtown Seattle. The other man killed was pilot, Gary Fitzner.

Here’s what you need to know about Bill Strothman:

He was the winner of thirteen regional Emmy awards. In 1990, he was selected as the Regional Television Photographer of the Year. As well as a “Best of the West” award for documentary production.

Bill is one of my favorite video photographers to work with. And he’s the very best at crafting a story. I’m always learning from him. He’s the nicest guy, and has the highest integrity and sense of values. When we work together on video projects, I always know I have a strong partner who will contribute immensely to the final product and that we’ll end up a happy client. 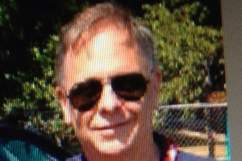 2. His Son Worked With Him

He was a contract employee at KOMO News. On his LinkedIn page, it states that he previously worked full-time for the organization. Strothman’s son, Dan, is also a photographer, he works at KOMO.

3. After Leaving KOMO, He Founded His Own Company

He had his own production company, Glass Mountain Video Productions, that he founded in 2008. According to his Facebook page, Strothman “worked for KOMO for 28 years. Left in 2008 to go freelance.”

On the official website for Glass Mountain Productions, it says:

Bill often teams up with his wife Nora, a former radio journalist and one of the first women to head a broadcast news department in the state of Oregon. Nora provides script and production support as well as voice over talent.

As one of his freelance gigs, Strothman worked for Helicopters Inc. since January 2008. He says on his LinkedIn that he usually flies in a Bell 407 helicopter and uses a “FLIR Ultra Media stabilized camera system.”

4. Strothman Was an Economics Major in College

He was a graduate of the University of Washington with a degree in Economics and Communications as part of the class of 1974. Strothman graduated from Shoreline High School in Shoreline, Washington in 1970.

5. One Man Who Knew Strothman Called Him a ‘Great Man With a Greater Eye’

His death has resulted in an outpouring of emotion on Twitter from his former co-workers:

One of things I loved abt Bill Strothman is legacy he leaves behind at KOMO. His son is also a photog here. #family pic.twitter.com/0KQi9ADanb

So many fond memories Bill Strothman. So many adventures. Our hearts break more than words can express. pic.twitter.com/0JJLEnCGXU 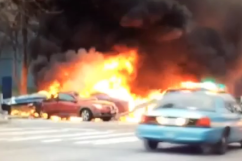 Loading more stories
wpDiscuz
0
0
Would love your thoughts, please comment.x
()
x
| Reply
Bill Strothman has been named by KOMO News as the photographer who was killed in the Space Needle helicopter crash in Seattle.