Police say Aaron Ybarra is the gunman who opened fire with a shotgun on June 5 at Seattle Pacific University, killing one victim and wounding two more.

The 26-year-old from Mountlake Terrace, Washington, was arrested and is under investigation for murder. Police say he has confessed to the crime.

Here’s what you should know about this “amazing friend” turned deadly shooter.

1. He Was Not a Student at the School

Ybarra was not a student at Seattle Pacific, a small Christian school located on a rural campus 10 minutes from downtown Seattle.

He had worked as a janitor at LA Fitness and, according to the Seattle Times, recently landed a new job bagging groceries.

Police say he has no clear connection to the school or to any of the victims.

A coworker, Annie Nguyen, told Q13 Fox that Ybarra was a recreational gun enthusiast who had invited her to a shooting range.

She described him as an “amazing friend” and “good worker” and was surprised he would turn to violence: “He was really calm and nice. If you know him, you would not think he would do it — he’s just not that type … that would do something like that.”

3. He Was Reloading His Shotgun When a Student Hero Pepper-Sprayed Him

Jon Meis, seen with his fiancee, Kaylie Sparks, is being hailed as a hero. (Facebook)

Ybarra stormed into Otto Miller Hall around 3:25 p.m., wielding a shotgun and a knife. He opened fire, fatally wounding a 19-year-old male with a gunshot to the head and wounding two others, one of them critically.

Ybarra was reloading his weapon — “He was hellbent on a killing a lot of people today,” a police source told the Seattle Times — when Jon Meis, a 22-year-old engineering student who was volunteering as a security guard at the building, pepper-sprayed the gunman and wrangled him into a chokehold. Following Meis’ lead, other students entered the fray and helped tackle and subdue Ybarra.

He saw the guy and got his pepper spray, sprayed him and tackled him. I could have been one of these people that was injured or in critical condition. A lot of (students) were in that building and he stopped him in the lobby. He didn’t get any farther than that. I’m grateful for him, yeah.

Meis was treated for shock at the hospital but did not suffer serious wounds. 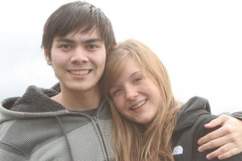 4. He Lives With His Parents & Was Attending AA Meetings

The home where Ybarra lives with his parents. (Google Street View)

According to @MatthewKeysLive, Ybarra lived with his parents at 4305 238th Place SW in Mountlake Terrace, Washington.

On the night of the shooting, police went to the home, pictured above.

A friend, Nate Flesch, told KOMO News that Ybarra, who had a prior arrest for DUI, was attending AA meetings:

For the past year and a half or so he’s been trying to turn his life around. He attends the same (Alcoholics Anonymous) classes as I do in the Lynnwood area. He’s a kid that I think has been sober now for a little bit over a year.

Flesch said he had dinner with Ybarra on the night before the shooting and didn’t notice anything amiss.

Another friend, Zack McKinley, told the Seattle Times he was “blown away” to learn Ybarra was involved in the shooting:

It makes no sense at all. He’s super happy and friendly. He’s an awesome guy, someone who would never let you down. … I’m really good at deciphering if someone’s got bad news or in trouble. I’m blown away by this. He called me yesterday and asked if I wanted to go fishing.

5. He Was Obsessed With Columbine

Police sources tell KIRO 7 that was obsessed with the Columbine High School shooting and even traveled to the site of the 1999 massacre. 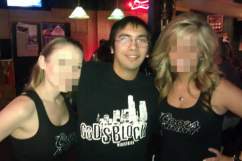 Aaron Ybarra: The Pictures You Need to See