Colin Achgill was just 18 years old when he took his own life by plunging off of a Welsh cliffside on March 22. The gifted musician had moved from his native Indianpolis to study at the prestigious Atlantic College earlier this year. According to an inquest into this death, the prodigy had been drinking on the night of his death, which came just after his school’s prom, reports Wales Online.

1. He Jumped to His Death From a Cliff Near His School

Achgill’s friend, Fin Henrik, told police that although Colin and his friends had been drinking, he didn’t seem to be drunk. Achgill was last seen by a group his friend’s at around 11 p.m. on Saturday March 22. After his pals conducted a fruitless search for him, the police were called at around 3 a.m. on March 23.

2. Achgill Left a Suicide Note on his iPod

Along a coastal path, it was Achgill’s friend Fin who found his friend’s rucksack at around 6 a.m. on March 23. With the rucksack was Achgill’s iPod. His friend then found recorded message on the device from 11:30 p.m. the previous night, on it, Achgill indicated he planned to take his own life. Later that day, Achgill’s body was found by the coast guard on the rocks below the cliff where his rucksack had been found.

3. His Family Said They Had Been in Regular Contact With Him

Achgill’s father, Dennis told a death inquest that his family were in regular contact with him and that he seemed to be “thriving” at the school. Dennis Achgill said:

I never detected anything was wrong. He was well respected by his peers and enjoyed the academic environment.

He seem to thrive. He learned Spanish in six weeks during a Summer immersion course in 2010 and during an academic course in Beijing had learned Mandarin with distinction.

I was proud to see how well he was doing and I dreamed of even bigger things for him.

I don’t know or understand what led to this disaster – I wish I did.

4. He Spent the Previous Year Studying in China

Achgill has been described as a “popular Mandarin and Spanish speaking student.” The majority of his photos on his Facebook page show him happy while living and studying in China.

5. Achgill Was a Gifted Musician

On a memorial page for Achgill, it talks about his time at the Fall Creek Valley middle school band. According to the page, Achgill was a percussionist in the school. The page reads: 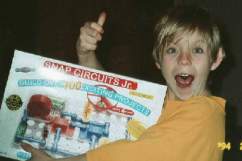 Read More
5 Fast Facts, Breaking News, Deaths, R.I.P., Suicide
This gifted teenage musician had traveled from his native Indianapolis to study at a prestigious boarding school in Wales, but what prompted him to take his own life by jumping off a cliff?