Derek Ward beheaded his mother, Patricia Ward, and then carried her body through a suburban street before throwing himself in front of a train in Farmingdale, New York. Patricia Ward was 66 years old, her troubled son was 35. The horrific incident occurred on the night of October 28.

1. As Derek Ward Carried His Mother’s Headless Body Through the Streets, Witnesses Thought it Was a Halloween Prank

A witness points to where she witnessed the horrific crime. (Getty)

A witness, Michael Imperial, who saw Derek Ward carry his mother’s headless body through the streets of Farmingdale told the Daily News, “I thought it was Halloween hoax. There was no big splatter of blood. It looked staged.” The New York Post reports that after emerging from the apartment building with his mother’s body, Derek “kicked her severed heard about 20 feet.”

Police were called and Ward’s body was found, wearing only a bra and pants, on Secatogue Avenue in Farmingdale, just before 8 p.m. on October 28. Around 20 minutes later, Derek Ward was found dead close to tracks used by the Long Island Rail Road.

Police believe that Derek Ward underwent a psychotic episode due to the recent death of his grandfather. The Farmingdale Observer reported in August 2013 that a Carl Lubrano, 90, had passed away. He’s described as the “proud grandfather of Derek Ward and the late Robert Ward.”

According to the New York Post, Patricia Ward worked at Farmingdale State College for 28 years. One of her colleagues, Frank Calabria, told the Post:

We are in shock. The staff in her department is teary-eyed. We are providing counseling to the staff who need it. It’s a very sad day. A lot of people are taking it very hard.

The Lindenhurst Patch reported in August 2011 that she honored by the college for her 25 years at the school. The article says that she was an assistant professor of English. She was also a former dean at the school.

3. Derek Ward Had a Drug Problem

Newsday is reporting that cops think the son had a drug problem which may have been the source of tension within the family. While Farmingdale itself doesn’t appear to have a major drug problem, the neighboring down of Massapequa does. The drug wars in that town have been extensively covered by the local Patch. The two towns are approximately 40 miles from New York City.

4. The Murder Weapon Was a Knife

A LIRR passes the former home of Patricia Ward. (Getty)

According to police in Nassau County, Derek Ward used a knife to chop off his mother’s head, it was recovered inside her apartment. NBC New York’s Marc Santia tweeted that Derek had “a history of mental illness and criminal history.” Newsday reports that Ward was arrested for gun possession and criminal mischief. The Daily News reports that he was “chronically unemployed.”

Police say there is no link to terrorism in the case. 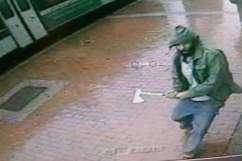 CBS New York reports that after Derek Ward’s body was found, the LIRR train that hit him, which was Ronkonkoma-bound, was stopped. Passengers were forced to wait on board for two hours while the police collected evidence. At 11 p.m., all trains going that direction were canceled. The line was reopened the following morning. 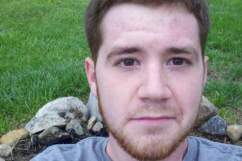 Loading more stories
wpDiscuz
14
0
Would love your thoughts, please comment.x
()
x
| Reply
A son beheaded his mother, kicked her head down the street and then jumped in front of a train in one of the most gruesome murder-suicides in memory.