Isaiah “Ikey” Owens has died. The celebrated keyboard player’s passing was announced on the website of Jack White’s record label. The musician was found dead on October 14. He was 38 years old.

His death was first reported by Periodico Digital in Mexico, the article states that Owens was found dead in a hotel room in Pueblo. According to the report, cops found drugs and alcohol in his hotel room. The exact cause of Owens’ death has not yet been revealed.

Owens had been staying at the Camino Real Puebla hotel.

Owens had previously played with the Mars Volta and Free Moral Agents before joining White’s band in 2012. In the press release on the Third Man Records website, Owens is referred to as an “astounding keyboard player in Jack White’s backing band.”

When asked during a Reddit AMA if Owens was fired because of his “habits,” the Mars Volta’s remaining members said:

Hell no. He had some conflicts in his scheduling and then it all just naturally evolved into what it is today. Ikey is awesome. I miss dinners with him.

In 2013, the OC Register reported that Owens was fired from the Volta in 2002 before rejoining in 2003. The reasons for his firing are not reported. He left the group finally in 2010.

3. The Rest of White’s Tour Has Been Canceled

Due to his death, White’s remaining shows in Mexico have been canceled. Owens was due to take to the stage with White in Guadalajara on the day he was found dead. On October 12, he played with White at the the Corona Capital festival in Mexico City. Check him out performing “Seven Nation Army” at the show above.

4. He Left a Career in Financial Management to Become a Musician

My friend Ikey Owens has passed away. Here's a picture from the last time we got together in June of 2012. Godspeed. pic.twitter.com/YsykygaGHT

Prior to becoming a professional musician, he worked at a financial management firm in Huntington Beach, California. He was fired in 1999 and turned to music. According to his MTV bio, during his financial career he handled “billion-dollar account for Disney and the Catholic Church.”

5. Owens Was a California Native

He was a native of Long Beach, California. He was raised as a Jehovah’s Witness, but later renounced his religion, according to his father.

Owens got his musical start with the Long Beach Dub Allstars. The Long Beach Post reports that, despite his fame, he could often be found working at an area record star, Fingerprints. 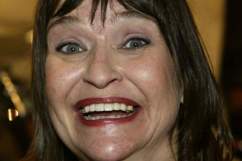 Loading more stories
wpDiscuz
0
0
Would love your thoughts, please comment.x
()
x
| Reply
Ikey Owens, the keyboard player for Jack White, has been found dead. Owens worked for the Mars Volta before joining White. He had been on tour in Mexico.