Here’s what you need to know about Gaylard:

1. Williams Allegedly Squeezed a Man’s Penis & Asked the Man for a Blow Job

Pastor Gaylard Williams, from Indiana, is accused of walking over to another man’s car in Kentucky on December 12 and asking that man for oral sex. The man told cops, according to WLKY, that Gaylard walked up to his car, asked him to roll down the window, and then began fondling the man’s genitals. The station reports that Gaylard fled the scene when the man made it look like he was reaching for a gun. The man then called police and relayed Gaylard’s license plate to them.

It blows me more. Him touching the guy — that’s one of those deals where they each are saying something — but the video is physical. … That’s there. I want to know why it was there.

3. Gaylard’s Colleagues Are in Disbelief

In speaking to the Daily Beast, the deacon added that Gaylard was pretty forthright about his views on homosexuality:

He stood by the pulpit and said, ‘The Bible is clear on that. That’s sin; you’re going to go to hell for doing that.

Caleb Funke, the youth director at church close to where Gaylard preaches, couldn’t believe the allegations:

I guess when you hear of a pastor getting caught of that, you get a little more shocked than I guess somebody else. But we’re all sinners, so.

Gaylard’s flock are located at the Praise Cathedral Church of God in Seymour, Indiana. The church follows the “Church of God” doctrine. Their doctrine includes condemnation of homosexuality and preaches that marriage is only a union between a man and a woman.

Sigmund Freud had plenty of opinions on homophobia. (Wikipedia)

A 2012 study by the Journal of Personality and Social Psychology emphatically linked homophobia to repressed homosexual urges. It’s an example of what Sigmund Freud called “reaction formation.” 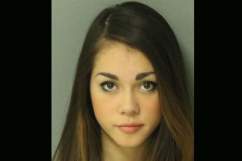