A member of the French special forces entering the printing factory where the Kourachi brothers had been holed-up. (Getty)

Cherif Kouachi, 32, previously named as one of three suspects in the January 7 terror attack at the French satire magazine Charlie Hebdo in Paris, has been killed by anti-terror special forces.

Cherif’s brother, Said Kouachi, 34, also identified by police as an assailant, has also been killed.

Here’s what we know about Cherif Kouachi and his alleged role in this atrocity:

1. Kouachi Was Killed Alongside His Brother Inside of a Printing Plant

At 11:30 a.m. Eastern time, France 24 and numerous other agencies reported that Cherif and Said Kouachi had been killed by French anti-terrorism cops. The manhunt had descended on a rural area, north east of Paris. The two brothers had been holed up in a printing plant factory with a hostage. The two brothers had reportedly been prepared to die as martyrs. During that raid, the brothers were both killed. As French special forces closed in on the pair, the Kouachi brothers reportedly tried to shoot their way out of the building and were shot dead during this attempt.

They had been on the run since January 7. The hostage they had taken was unharmed. Le Figaro in France reports that there was another person in the printing plant who had hid in the basement. He was not harmed. 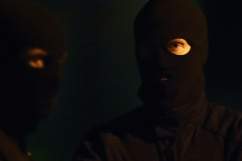 Soon after the raid, in Paris, special forces raided a kosher supermarket in the neighborhood of Dammartin-en-Goele. In that raid, Amedy Couilbaly, the believed hostage taker and friend of the Kouachi brothers was killed.

The French Ambassador to the U.S., Gerard Araud has confirmed the news that the terrorists are dead via Twitter:

The kosher supermarket has been stormed. The terrorist is dead. The hostages are alive.

#CharlieHebdo. The two terrorists are dead. The hostage is alive. 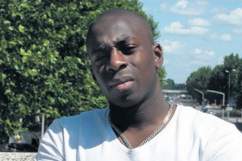 Both Said and Cherif Kouachi have been on the U.S. terrorism “no-fly” watchlist for years, before Barack Obama became president, according to the Department of Homeland Security.

Cherif Kouachi’s alleged terrorist credentials are impressive: The Telegraph reported him as “a disciple” of al-Qaeda’s Djamel Beghal, himself a lieutenant of known al-Qaeda leader Abu Hamza. Beghal, reportedly based at a mosque in London’s Finsbury Park, may have recruited the shoe bomber Richard Reid as well as Zacarias Moussaoui, known as the “20th hijacker” in the 9/11 attacks on the World Trade Center.

3. The Investigation Moved From City to Forest

In the days leading up to the arrest, French security forces elevated the terror threat in the country to the highest possible level. La Parisien reported that cops had made raids on homes in Paris and also in the city of Reims related to the Charlie Hebdo attack.

On Thursday, media reports said the pair may have robbed a gas station in northern France, near the town of Villers-Cotterets, stealing food and gasoline before escaping again in a car hijacked in Paris the day before.

Le Figaro in France reported that there is a tactical operation underway on a house in Reims involving anti-terror cops. The newspaper reports the goal of the mission is to “arrest the suspects.”

The investigation then appeared to move to the Forêt de Retz, a large forest near the town, with police converging at a farmhouse near the village of Longpont.

Brothers Cherif and Said Kouachi were born in Paris, raised in the French city of Rennes, and later moved back to Paris, where Cherif worked as pizza delivery man, reports Liberation. The Kouachi brothers were orphaned by their Algerian-immigrant parents as children.

Reports indicated their early lives were centered around rap music and marijuana.

The Daily Mail, in its coverage of the bothers, called them “dope-smoking, rapping, ‘loser’ brothers” who delivered pizza in order to buy weed money.

A German journalist with the tabloid Bild tweeted this pic, saying it shows the Kouachi brothers together:

It was in jail that Cherif allegedly met Beghal, and the two were later photographed by intelligence agents playing soccer with other known terrorists in southern France, according to The Telegraph. 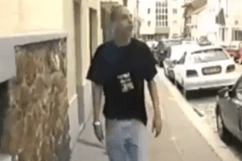 5. The Terrorists Were Armed With Rocket Launchers

In 2012, Charbonnier was quoted as saying, “I prefer to die standing than to live on my knees.” He had received numerous death threats in the past and had been living in police protection. The magazine’s editor-in-chief, Gerard Biard, was in London when the shooting occurred. 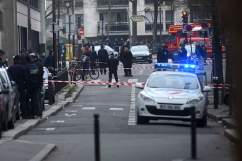 Loading more stories
wpDiscuz
2
0
Would love your thoughts, please comment.x
()
x
| Reply
Cherif Kouachi and his brother Said have both been killed after being held under siege at a French printing plant. The two were the prime suspects in the Charlie Hebdo massacre in Paris on January 7.