Investigators think Bobbi Kristina Brown may be in the hospital as the result of foul play, TMZ.com reports. Brown, the only child of Bobby Brown and Whitney Houston, remains in a coma days after being found unresponsive in a tub.

Here’s what you need to know about the investigation:

1. Husband Nick Gordon May Be the Top Suspect

Authorities in Georgia have focused their active investigation on Brown’s husband, Nick Gordon, according to media reports. Though the pair have been married a year, Entertainment Tonight host Kevin Frazier revealed that the “marriage” might not be official: 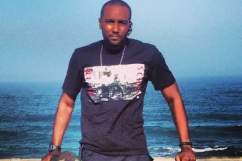 2. Gordon May Have Cleaned Up Evidence

Bobbi Kristina attends the concert of Withney Houston held at Mediolanum Forum on May 3, 2010 in Milan, Italy. (Getty)

Max Lomas, the friend who found Bobbi Kristina Brown floating in the tub when a cable guy showed up, has told police that he was hanging out with Gordon in the apartment and watched the suspect clean up what may have been evidence.

According to TMZ, Lomas told police that he arrived at 9 a.m. and was told by Gordon that Brown was in the bedroom. Gordon allegedly wandered away and, when the cable guy showed up an hour later needing access to the bathroom, Lomas discovered the unconscious Brown.

Police have spoken to both Lomas and Gordon, and both have hired attorneys. Lomas’s lawyer has reportedly told police that he will share more details with authorities when and if he is offered immunity from prosecution. Media reports suggest that he has not yet been offered immunity and has not spoken again with police.

Lomas is, himself, was recently under criminal investigation, charged with forcibly drugging his girlfriend. However, according to both Gossip Cop and TMZ, the girlfriend, Danyela Bradley, claimed she was fine and not being held prisoner.

He was ultimately hit with weapons and drug charges. Radar Online reports that Lomas and Brown used to date.

According to MediaTakeout, an insider has said that members of Brown’s family have been pushing police toward Gordon.

As a source quoted in Media Takeout has said:

“Pat [Houston] is making sure that the police look into what happened to Bobbi. We know it wasn’t a drug overdose ’cause Bobbi didn’t do any drugs. It’s a lot of funny things going on . . . and Bobbi [Kris] didn’t have a will, so her husband Nick gets everything . . . all the royalties, everything.”

The family has always struggled and had a problem with Nick. They feel he played a hand in this incident.

Police had previously been called to Brown and Gordon’s home about a week before the incident.

Though the lack of a marriage certificate has brought the legality of the marriage into question, Gordon stands to inherit millions should Brown pass away.

Brown herself inherited a $20 million estate when her mother, Whitney Houston died in 2012. And, as Radar Online reported, the couple did not have a prenup:

Krissy and Nick do not have a prenup. Pat used to be a lot more involved but lately she has been shut out. Krissy has been in charge of her money since she turned 21. Krissy’s family would like to have Nick out of the picture. They believe that he is very manipulative and they would like to find some way to knock him out of the box. 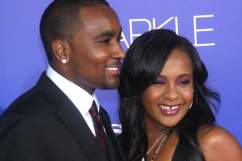 Loading more stories
wpDiscuz
2
0
Would love your thoughts, please comment.x
()
x
| Reply
Investigators think Bobbi Kristina Brown may be in the hospital as the result of foul play. Brown remains in a coma after being found unresponsive in a tub.