The Justice Department announced Sen. Robert Menendez has been indicted on corruption charges related to gifts he allegedly accepted from Dr. Salomon Melgen, a Florida ophthalmologist and a key political contributor to many Democratic politicians, including Menendez, according to the Washington Post.

After word of the looming indictment hit the news in early March, Menendez spoke to several reporters at an event in Newark, and after denying breaking the law, he mentioned his relationship with Melgen. The New York Times reported that Menendez said:

As to Dr. Melgen, everyone knows he and his family, and me and my family, have been real friends for more than two decades. We celebrate holidays together, have been there for family weddings and funerals, and have given each other birthday, holiday, and wedding presents — just as friends do.

Menendez was indicted by a grand jury in Newark, New Jersey. Melgen is also expected to be charged, according to The Associated Press.

Here’s what you need to know about Melgen:

1. He Is a ‘Leading Eye Surgeon in South Florida’

Melgen runs a prominent practice in South Florida, according to his website. The practice has four offices in the area. Melgen says on the site:

I am always asked what sets me apart from most other doctors, and I would have to say that I do not consider myself to be a ‘cookbook’ physician. My patients are my number one priority, and when I am looking to treat a diagnosis I try to look at all the data at hand and extrapolate the best treatment instead of solely adhering to what the current ‘standard’ of treatment may be. My patients deserve better. They deserve the highest standard.

According to the biography on his practice’s website, Melgen, a native of the Dominican Republic, received his undergraduate and doctoral education at the National University Pedro Henriquez Urena in Santo Domingo. He was a resident for one year at the Dominican Air Force Hospital before residencies or internships at several American hospitals, including Yale University, the University of Missouri, the Miami Heart Institute at St. Francis Hospital in Miami and Harvard Medical School.

He founded his practice, Vitreo-Retinal Consultants in West Palm Beach, Florida, in 1988, focusing on diseases and surgery of the retina, vitreous and macula. He has also been chief of ophthalmology at St. Mary’s Hospital in West Palm Beach since 2004.

According to Fox News, Melgen is “chauffeured around South Florida in a customized Audi A8” and often brags about his political connections, including showing photos he has taken with presidents Bill Clinton and Barack Obama. He also loves talking about how the rapper Pitbull flew on his private plane to a Democratic PAC fundraiser, according to the report.

Melgen, in the biography on his website,boasts of having treated “many well-respected individuals, including Presidents, Governors, politicians, celebrities and actors. Many of Dr. Melgen’s patients travel far distances to see him because of his reputation and skill. He has developed a widely respected international reputation. Dr. Melgen patients have claimed to have experienced superior treatment and had incredible results.”

He has, according to the biography, advised “domestic and foreign politicians on health issues, in an attempt to improve community health care.” 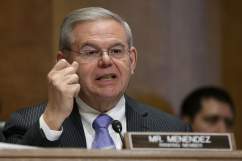 2. The FBI Raided His West Palm Beach Offices Twice in 2013

In January 2013, FBI agents swarmed the office and hauled off more than 30 boxes of evidence, according to the New York Times.

His offices were targeted again in October of that year, according to the Palm Beach Post. The agents again left with several boxes of documents, but the FBI declined to say what they were looking for.

An attorney for Melgen, Matthew Menchel, told the Palm Beach Post the raids were retaliation:

Unfortunately, today’s actions by the FBI are yet another in a series of inappropriate, overreaching steps taken by the government in their campaign against Dr. Melgen, his medical practice and his reputation.

MEDICARE PAYMENTS DETAILED FOR FIRST TIME — WHO GOT RICH?Medicare made $77 billion dollars in payments to doctors during 2012. For the first time ever, information about these direct payments has been made available to the public. The data shows a few doctors received millions of dollars in payments. Several dozen healthcare providers were recipients of payouts of four million dollars or more from…2014-04-10T20:42:29.000Z

His collections from Medicare were among the highest of any doctor in the country in 2012, the New York Times reported last year.

Melgen’s attorney, Kirk Ogrosky, told the Miami Herald in 2014 that his client always followed Medicare’s rules in his billing. He told the newspaper:

While the amounts in the CMS data release appear large, the vast majority reflects the cost of drugs … The amount billed by physicians is set by law, and drug companies set the price of drugs, not doctors.

But, the Herald reported, Melgen has been under a federal grand jury indictment into possible Medicare fraud. Investigators were reportedly trying to determine if Melgen charged Medicare for injections of a prescription drug they didn’t need. Melgen returned $9 million to Medicare, according to the Palm Beach Post for overbilling. But, according to NJ.com, Melgen is suing to have the money returned to him, claiming the regulations that led to him reimbursing Medicare were unclear.

According to CNN, the FBI and federal prosecutors have been investigating whether Menendez intervened on Melgen’s behalf in the doctor’s fight with the Center for Medicare and Medicaid Services, a federal agency overseen by the Department of Health and Human Services. According to previous reports, Health and Human Services agents were involved in the raids on Melgen’s offices, though no formal charges of fraud were every filed against Melgen and he has denied any wrongdoing.

4. He Lost $68 Million in Investments

A 2013 report by the Palm Beach Post found that one of Melgen racked up a staggering amount of investment losses over several years. The Post found the figure through several federal and state lawsuits Melgen has filed in recent years in connection with the losses.

The court cases show losses that include $32 million from investments in CitiGroup stock, $20 million related to an alleged Ponzi scheme (see above court document), $10 million from Bank of America stock and $5.9 million he invested in a failed fantasy sports website, Open Sports Network, according to the report.

Despite the losses, the newspaper reported that Melgen made most of his money through his business investments, not his medical practice. Melgen co-founded Seisint Inc., which the biography on his website calls a “super computer company that aids in locating 9/11 terrorists.”

The company, best known for its Accurint research program, was sold to Lexis Nexis in 2004 for $775 million, the Sun-Sentinel reported at the time. The company was founded in Boca Raton, Florida in 1998 by Hank Asher, a former cocaine smuggler who turned to investments and cancer research.

5. He Paid for $58,000 in Trips Menendez Took to the Dominican Republic

Melgen is a friend of Menendez and has contributed thousands to his campaigns, NBC New York reports.

Trips in 2010 to the Dominican Republic funded by Melgen is at the center of the FBI’s investigation, CNN reports. Menendez flew to the Dominican on a Melgen’s private plane. When word of that trip leaked in 2013, Menendez paid back the $58,000 and said it was “an oversight” that he hadn’t reimbursed Melgen previously.

According to the Times, Melgen and his wife, Flor, own a home in a gated oceanfront community in the Dominican, where they have spent vacations with Menendez in the past.

Melgen’s business interests in the Dominican are also part of the Justice Department’s probe, CNN reports. Melgen invested in a company, ICSSI, which has a contract for port screening equipment in the Dominican worth millions, that the island country hasn’t been paying.

The feds are investigating whether Menendez illegally intervened on the screening company’s behalf. Menendez, during a 2012 Senate subcommittee meeting, didn’t specifically mention ICSSI, but referred to an unnamed company that had a contract with the Dominican for X-ray equipment that the country doesn’t want to “live by,” according to CNN.

Menendez said at the hearing, “If those countries can get away with that, they will. And that puts American companies at a tremendous disadvantage.” 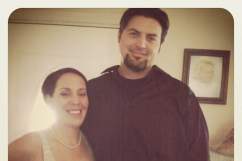 Read More
5 Fast Facts, Breaking News, Corruption, Politics
Salomon Melgen is the Miami doctor at the center of the FBI's investigation into Senator Robert Menendez, who will reportedly be indicted on corruption charges.