A shooting occurred on Monday morning in a doctor’s office in Jemison, Alabama. The office belongs to Dr. Jayprakash Patel. The local police chief has confirmed that there is no hostage situation.

1. The Suspect Shot His Wife and Then Himself

State Troopers will give an update soon on #Jemison shooting, @FOX6Clare reports. Media pushed back for safety. pic.twitter.com/Zmz4QHJKo2

A 24-year-old woman who lived nearby Dr. Patel’s office ran into the clinic yelling for help during a domestic situation with her 25-year-old husband.

The Jemison Police Chief Shame Fulmer confirmed the woman was shot and killed. The gunman fled the scene after the shooting. According to the Jemison police chief, the suspect barricaded himself in a private residence.

The standoff ended early in the afternoon when the suspect shot himself in the head in the residence. He has been rushed to the hospital.

The couple have a son, who has not been identified.

Jose Arreola, the owner of Chico’s tire shop across the street, told Alabama.com, “The guy was trying to get her,” he said. “The doctors came out to help her but he pulled a gun and shot her. She was laying there a long time.”

Jemson Elementary, Middle, and High schools and Thorsby schools were put on lockdown following the shooting.

“We are asking parents not to come up at this time,” said Tommy Glasscock, superintendent of Chilton County Schools, to Fox10tv.com. “We got a call from the sheriff about a situation in Jemison that was not secure.”

According to Alabama.com, a man believed to be the suspect wrote the following on his Facebook page this morning: “im sorry everyone, its been real, good bye and i love you all.” He also wrote, “I dei today.” The Facebook page was taken down just before 11:30 a.m.

Authorities confirmed that the suspect was a member of the armed forces.

3. Dr. Patel Was Not Injured in the Shooting

After the incident, it was confirmed that Dr. Patel was not injured in the shooting.

5. He Has Practiced Medicine for 28 Years

Dr. Patel went to Kasturba Med Coll Manipal, Manipal Acad Higher Ed, Manipal, Karnataka in South West India for medical school He graduated in 1987. He did his residency at Jersey Shore Medical Center in Neptune, NJ from 1989–1992. Dr. Patel has been practicing for 28 years. 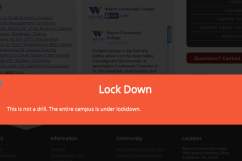