Jack Ely, the singer of Louie, Louie, one of the most famous songs of the 20th century, has died at the age of 71.

The low budget recording by the Kingsmen was one of rock’s great one hit wonders.

Ely died at his home in Redmond, Oregon after a long battle with illness.

His son, Sean Ely, confirmed the death on Tuesday, telling the Associated Press: “Because of his religious beliefs, we’re not even sure what (the illness) was.”

The singer was forced out of the band even before the record became a hit in 1963 and he never found the same kind of fame. He initially sang with a new band, The Courtmen, and eventually quit music altogether.

Both of his parents were music majors at the University of Oregon but his father died when he was four. Ely was a piano prodigy but switched to guitar after seeing Elvis Presley on TV.

Here’s what you need to know about one hit wonder Jack Ely:

Jack Ely was the original singer in The Kingsmen, a band formed in 1959 that mostly performed cover versions of songs. Four years later, the group recorded Louie Louie at a studio in its home city of Portland. It cost $36 to make.

Ely didn’t make anything from royalties of the record because he wasn’t the original author even though it was his version that made the song a monster hit.

Louie Louie has been covered hundreds of times, a three-chord, garage-band classic anybody could play soon after picking up an electric guitar.

The song was written in the mid-1950s by Richard Berry, a Los Angeles musician with roots in doo-wop music. As he recorded it in 1957, the tune had a calypso feel and described a patron telling the barkeep he had to go, to get back to his girl waiting across the sea in the Caribbean.

Ely and The Kingsmen picked it up along with other Northwest figures such as Rockin’ Robin Roberts and Paul Revere. The Kingsmen’s version was recorded in 1963 and is the definitive version, going from cult classic to rock-and-roll standard. It has inspired more than a thousand cover versions and there’s no reliable estimate for how many times it’s been drunkenly sung at parties.

3. He Quit Music to Train Horses

Ely quite music to train horses at his Oregon ranch. But he could be persuaded to sing the hit occasionally to his horses (above).

4. The FBI Launched a Probe Into Whether The Hit Was Obscene

Ely’s incoherent singing also made it one of the most misunderstood. The FBI was so mystified by the lyrics that it conducted an investigation into whether the song was obscene. They found it to be “unintelligible at any speed.”

Over the years, Ely and other band members attributed the indistinct lyrics to the microphone suspended from the ceiling, forcing Ely to shout up at it. Sean Ely told the AP his father got “quite the kick” out the FBI’s 455-page investigative report. He said his father certainly knew the words, and wasn’t just slurring nonsense.

“Right of his mouth, my father would say: ‘We were initially just going to record the song as an instrumental and at the last minute I decided I’d sing it. It’s all of this is in a 10-by-10 room with one microphone. I’m standing on my tippy toes yelling into the microphone: Louie Louie! Louie Louie! We gotta go!'”

5. He Was Happy Being a One Hit Wonder

“He wanted to try on different occasions to pursue other endeavors in the music industry, but I think when it was all done and said he was pretty happy that he did Louie Louie,” said Sean. 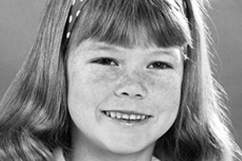 Loading more stories
wpDiscuz
0
0
Would love your thoughts, please comment.x
()
x
| Reply
Jack Ely, the singer of 'Louie, Louie', one of the most famous songs of the 20th century, has died at the age of 71.