Darryl Hamilton in 2001 while with the New York Mets. (Getty)

Their 14-month-old child was found alive in the home. The child was taken into the custody of Texas Child Protective Services, police said.

1. Police Are Investigating the Deaths as a Murder-Suicide

Darryl Hamilton, center, with Harold Reynolds and an unidentified woman at a 2006 event. (Getty)

Pearland Police said they were called to a home on Island Breeze Street at about 4:45 p.m. Sunday. Hamilton’s body was discovered near the main entry to the home.
His girlfriend, Monica Jordan, was found dead of a self-inflicted gunshot wound, police said.

Police said Hamilton was shot multiple times. The Galveston County Medical Examiner has not yet determined official causes of deaths.

The case is being investigated as a murder-suicide.

Local news station KHOU reports that the 911 call was made by someone outside the home who told them an argument was happening inside. 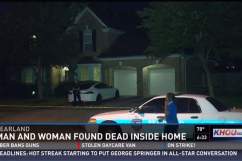 2. He Posted a Father’s Day Message & Photo With His 2 Sons to Facebook Hours Before He Was Killed

Hamilton with his sons at a baseball game. Twitter

Hamilton has two sons with his former wife Ursaline Steinke, Donovan, 12, and Julian, 11. He posted a photo on his Facebook page on Father’s Day with his two sons. All three were wearing baseball jerseys with “Hamilton” on the back.

Hamilton also commented on the photo, which was posted at about 9 a.m., saying “Happy Fathers Day to all the great Dads out there!!”

According to KHOU, Hamilton and Jordan also lived with Jordan’s two children from a previous marriage. They are also safe and with her ex-husband, neighbors told the news station. 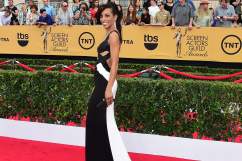 3. Tributes to Hamilton From Those in the Baseball World Have Been Posted on Twitter

Tributes about Hamilton and condolences to his family have begun to pour in on Twitter, from former players, members of the media and others.

This is who he was: If as you saw him at, or heard he was at, a ballpark you'd think "Good! There's Darryl Hamilton. What a great guy."

D-Ham as nice as they come. Helped me out way back when I was inquiring about a career in media when not all did. Sad day.

To know Darryl Hamilton was to love him. He will be so, so missed. My thoughts are with his family, especially his pride and joy, his boys.

RIP, Darryl Hamilton. I can’t believe I am even typing this. I loved working with him, loved being around him. Just a fantastic person.

4. Hamilton Played 13 Seasons in the MLB

Darryl Hamilton with the Rangers in 1996. (Getty)

Hamilton, originally from Louisiana, was drafted by the Milwaukee Brewers in 1986 after playing at Nicholls State University. He joined the Brewers major league squad in 1988, and later played for the Texas Rangers, San Francisco Giants, Colorado Rockies and New York Mets. He retired at the end of the 2001 season.

Hamilton was a .291 hitter during his career, according to Baseball Reference.

He was the first player to ever get a hit in a regular season interleague game:

He played for the Mets in the 2000 World Series. The team said it will honor Hamilton with a moment of silence before their next home game, which is on Friday.

“We are saddened by the tragic death of Darryl Hamilton,” the Mets said in a statement. “Darryl’s vibrant personality made him a key member of our postseason teams in 1999 and 2000. Our thoughts and prayers go out to his family.”

5. He Has Worked as an Analyst for the MLB Network Since 2013

Hamilton began working for the MLB Network in 2013, after previously working in the MLB Commissioner’s Office, and on radio stations in Los Angeles and Houston.

“All of us at Major League Baseball are shocked and saddened by this tragedy. Darryl followed a successful 13-year career on the field by assembling a multifaceted career in our game, working for MLB Advanced Media and in our Baseball Operations Department before moving on to MLB Network,” MLB Commissioner Rob Manfred said in a statement. “He was a talented and personable individual, and we were proud to call him a member of the Baseball Family. On behalf of Major League Baseball, I extend my deepest sympathies to Darryl’s family and his many friends throughout our game.”

In this video posted by the MLB Network, Hamilton broke down the changes to Bryce Harper’s swing:

Not long after joining the MLB Network, Hamilton showed off his natural talent for TV when he and co-worker Harold Reynolds talked about how Reynolds pulled off the hidden ball-trick on Hamilton:

Bob Bowman, the president of business and media for the MLB, said in a statement, “Darryl Hamilton joined MLB.com in 2003 and distinguished himself with his insight, experience, humor and team spirit. As an analyst at MLB Network since 2013, he found a new role in which he excelled. In addition to being a consummate professional, he was a good friend to all at MLB.com and MLB Network, and he will be sorely missed.” 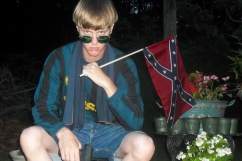 Loading more stories
wpDiscuz
4
0
Would love your thoughts, please comment.x
()
x
| Reply
Darryl Hamilton, who played for 13 years in Major League Baseball, was fatally shot by his girlfriend in an apparent murder-suicide at her Texas home.