Two Florida teens were en route to Ohio to fulfill a suicide pact when they encountered a Florida Highway Patrol officer. Now, one of the teens is dead and the other is accused of murder. Zane Terryn, 15, is dead, while his girlfriend, Morgan McNeil, 16, is in police custody, accused of trying to kill an officer of the law and of murder. A Florida Highway Patrol officer was injured in the attack, but he is expected to make a full recovery.

1. The Officer Just Wanted to Talk to the Teens About a Broken Headlight

According to a Brevard County Sheriff’s office press release, McNeil and Terryn were dating. For some reason, they were planning to drive from Palm Bay, Florida, to Ohio, where McNeil is originally from, to commit suicide. In preparation, McNeil had stolen a gun from a relative on the afternoon of June 14. Just before 10 p.m. on the night of June 14, McNeil and Terryn stopped at Pilot gas station in Cocoa Beach to get food. While there, one of the front headlights of their car started to malfunction. A Florida Highway Patrol officer, Channing Taylor, who happened to be at the scene went to McNeil, who had exited the car, to ask about the light. She was then asked to get her license, when she went back, the officer followed, Terryn shot at the Taylor, wounding him. Taylor then returned fire, killing Terryn. McNeil attempted to make a getaway but quickly surrendered and was arrested.

2. McNeil Is Accused of Killing Her Boyfriend

McNeil is accused of killing her boyfriend and of the attempted murder of a law-enforcement officer, reports the Orlando Sentinel. Florida Highway Patrol Major Tod Goodyear told the media that because it was McNeil’s truck and that she provided the gun, she is responsible. Goodyear said “Since a person died while she and the deceased suspect were in the comission of a felony crime, she was charged with felony murder.” She is being held without bond.

3. The Bullet Will Remain Lodged in Trooper Channing Taylor’s Shoulder

Channing Taylor suffered a serious shoulder wound during the incident and was treated at a local hospital. He was released but the bullet is still lodged in his shoulder. According to the Brevard County Sheriff’s office, he’s been with the Florida Highway Patrol since 1994 and has achieved the rank of lieutenant. According to his LinkedIn page, Taylor is a drug recognition expert.

Click Orlando quotes a neighbor, Linda Kestranek, of Zane Terryn’s saying he was always well-dressed and well-mannered. On her Facebook page, McNeil posted a meme which read “I don’t love you. You don’t even get to be a memory.”

5. Cops Say McNeil Stole Money From a Relative to Fund Their Trip

In addition to stealing a gun from a relative, McNeil had also stolen money to fund her and Terryn’s trip to Ohio, reports Click Orlando. According to Cost 2 Drive, it would take $110 worth of gas to drive a pickup from Cocoa Beach to Ohio. 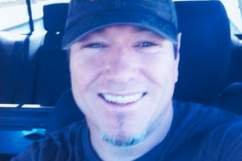 Loading more stories
wpDiscuz
3
0
Would love your thoughts, please comment.x
()
x
| Reply
Two Florida teens were en route to Ohio to fulfill a suicide pact when they encountered a Florida Highway Patrol officer. Now, one of the teens is dead and the other is accused of murder.