Recently escaped Mexican drug lord Joaquin “El Chapo” Guzman, leader of the Sinaloa Cartel, is now tweeting about his escape and has his sights set on Donald Trump. In a series of tweets sent out yesterday, Chapo wrote:

The account claims to be the official account for El Chapo, though that has not been verified. But the account has been active since 2012. The Daily Mail reports that the cartel leader’s son runs the account. 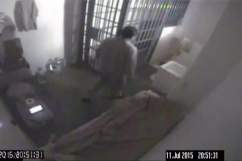 There’s no jail that can hold someone as big as Chapo.

El Chapo is referring to Trump’s comments on the drug lord’s escape, shortly after Trump’s divisive comments on United States immigration by Latinos. Trump tweeted: “Mexico’s biggest drug lord escapes from jail. Unbelievable corruption and USA is paying the price. I told you so!”

…Trump, however, would kick his ass!

The feud has sparked a wave of El Chapo vs. Donald Trump memes. Who do you think would win? According to TMZ, Donald Trump may not be so cocky anymore. They report that he has since called the FBI for help. 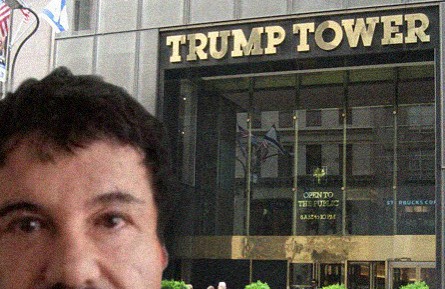