The family of an Illinois woman found dead in a Texas jail cell after she was arrested during a traffic stop is raising questions about how she died.

Sandra Bland, 28, was stopped by a Texas state trooper on Friday, July 10 and found dead at the Waller County, Texas, jail on Monday, July 13 the Chicago Tribune reports. Local authorities in Texas say Bland died by suicide, but her family and friends don’t believe that is the case and suspect that the true cause of her death is being covered up.

Bland was being held on $5,000 bail after a Saturday court appearance. Her friends say they planned to post her bail on Monday.

The Texas Jail Commission announced that they have cited the Waller County Jail for failing to properly monitor Bland. And the Texas Department of Public Safety says its preliminary review has found violations of the department’s procedures regarding traffic stops and the department’s courtesy policy.

Watch dashcam footage from the traffic stop and arrest here.

1. Bland Was in Texas to Start a New Job at Her Alma Mater

Bland had traveled to Texas for an interview at Prairie View A&M University, her alma mater, last week, for a job interview. Her family told ABC 7 News that Bland got the job and was going to start working at the university in student outreach on July 15.

Bland graduated from the university in 2008 and then returned home to Illinois. She was a member of the Sigma Gamma Rho Sorority, Inc., according to the website Watch The Yard.

2. She Was Stopped on Friday for Improperly Signaling & Allegedly Assaulted a Police Officer

The Waller County Sheriff’s Office told the Chicago Tribune that Bland was arrested on Friday and charged with “assault on a public servant.”

Bland was pulled over by a state trooper in a routine traffic stop for improper signaling of a lane change, ABC 7 reports. During the stop, she allegedly assaulted a police officer.

The Texas Department of Public Safety said in a press release on Friday that a preliminary investigation has identified violations, including of the department’s traffic stop procedures and its courtesy policy. Trooper Brian Encinia, who made the stop, has been put on desk duty as a result, while the investigation is completed.

A bystander’s video of the arrest was posted onto YouTube. It shows several police officers standing over Bland while she is on the ground, arguing with them about why they’re being so rough. At one point, she can be heard saying, “You just slammed my head into the ground. Do you not even care about that?” She also thanks the man recording the incident for filming as she is led to a police cruiser.

Her friend, Malcolm Jackson, told ABC 7, “After he (an officer) pulled her out of the car, forced her and tossed her to the ground, knee to the neck, and arrested her.”

Police told the news station that Bland was “combative on the side of the road.”

The incident is being investigated by the Texas Rangers and the FBI.

3. Her Death Has Been Ruled Suicide by Hanging, but Her Friends Say She Wouldn’t Have Killed Herself

The Waller County Sheriff’s Office says that Bland was found in her cell Monday morning, three days after her arrest. She was “not breathing from what appears to be self-inflicted asphyxiation,” the sheriff’s office said in a press release. Police say the officer who found her started CPR, and EMS was called. She was pronounced dead a short time later.

Officials said Thursday that Bland used a trash bag to hang herself from a partition separating the bed area and the bathroom, the Houston Chronicle reported.

“Trash bags are a day to day item in the cells,” Sheriff Glenn Smith said at a press conference.

The district attorney says he has no information to suspect foul play.

Documents released by the county show that Bland told jailers she tried to commit suicide over the past year after the loss of her child, according to the Houston Chronicle. Bland told them she wasn’t feeling suicidal at the time of her arrest. She also told them that she takes medication for epilepsy.

Bland had spoken in a Facebook video about dealing with depression and PTSD, but her mother and friends have said that she had moved past that.

“The Waller County Jail is trying to rule her death a suicide and Sandy would not have taken her own life,” a friend, LaNitra Dean, told ABC 7. “Sandy was strong. Strong mentally and spiritually.”

They said she had just landed her dream job.

Just spoke w/ family of #SandraBland : Not one single member of the family believes, even a tiny bit, that she hung herself in her jail cell

“I do suspect foul play,” another friend, Cheryl Nanton, told the news station. “I believe that we are all 100 percent in belief that she did not do harm to herself.”

Sandra Bland is my line sister. Her personality and outlook on life alone DOES NOT resemble uncertainty or depression. She was a strong force that took life head on. Suicide would be the last thing on her mind as she was on the brink of starting a new chapter of life: a new job, a strong cause to fight for and a thick network of support. There are just too many discrepancies and holes in the official report. As far as her friends, chapter, alma mater and family are concerned: Sandy is still speaking and somebody is gonna listen. #SandySpeaks”

“I understand there’s some disbelief among some friends and family that she would do this to herself,” District Attorney Elton Mathis told the Chicago Tribune. “That’s why it’s very important that the Texas Rangers be allowed to conduct a thorough investigation.”

“Sheriff R Glenn Smith states that any loss of life is a tragic incident and while the investigation is being conducted by outside agencies, the Waller County Sheriff’s Office will continue to observe the daily operations of the jail to always look for improvements and/or preventions of these incidents,” the press release said.

4. The Waller County Sheriff Was Fired From a Previous Job Over Racism Allegations

Waller County Sheriff Glenn Smith was fired from his job as police chief in Hempstead, Texas, after racism allegations were made against him and four of his officers, the Houston Chronicle reported.

He was fired in 2008 and elected shortly after by Waller County to be its sheriff.

At a press conference, Smith addressed the firing and racism accusations, saying it was “just politics,” and adding that two of the councilman who led the investigation into his actions were later convicted of bribery, according to the Chronicle.

“Black lives matter to Glenn Smith,” the sheriff said. “I can assure you of that.”

Daily Kos columnist Shaun King has also reported that there have been other suicides recently at the county jail.

Learning that the Waller County jail has a "suicide" problem and that as many as 4 deaths there have been ruled as such. #SandraBland

Wow. Just learned that the last man to "hang himself" in the Waller County jail was also arrested for "assaulting an officer" #SandraBland

The Chronicle, citing public records, said the last suicide was in 2012, when an inmate hanged himself with bedsheets tied to an air-conditioning grate.

The Texas Jail Commission cited the Waller County Jail for sub-standard training on how to handle potentially suicidal and mentally disabled inmates after investigating Bland’s death, the Houston Press reports.

Brandon Wood, the commission’s executive director, said the jail was cited for failure to personally observe an inmate once an hour. It was cited for the same violation in 2012 after the other inmate’s suicide. 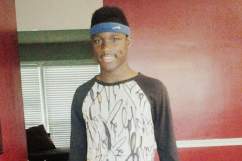 Bland’s Facebook page shows that she was active in the Black Lives Matter movement and often posted about police brutality and racial injustice, including in videos she called “Sandy Speaks,” where she opined on race issues.

This is a video of #SandraBland encouraging us all to use our voice! Will you? pic.twitter.com/g6QMwR8RyA #WhatHappenedToSandraBland

Concerns and questions about her death spread on social media.

The #SandraBland incident just doesn't make sense. You starting a new job, then decide to hang yourself? Nah #WhatHappenedToSandraBland?

#SandraBland was trending on Twitter early Thursday morning as questions and concerns about her death spread across social media. Others posted with #WhatHappenedtoSandraBrand and called for a federal investigation into her death.

If you are a Black person, you can be one police encounter away from death. Any age. Any gender. Any class background. #SandraBland

How in the living hell does #SandraBland get stopped for a traffic violation & end up dead? Waller County, you have some explaining to do.

The fact that a black woman can be arrested for a minor violation and end up dead should be a global scandal. #BlackLivesMatter #SandraBland

College educated woman just got a job at her alma mater. Why would she kill herself in Texas jail cell? #SandraBland #blacklivesmatter

I have read every story I could find about #SandraBland. Why would she kill herself over a traffic violation? #WhatHappenedToSandraBland

Loading more stories
wpDiscuz
324
0
Would love your thoughts, please comment.x
()
x
| Reply
An Illinois woman who moved to Texas for her dream job at her alma mater was found dead in her cell after being arrested during a traffic stop. Police say she committed suicide. Her friends and family say that would never happen.