Dr. Jan Seski poses with a Caracal cat he killed during a hunt in South Africa in 2012.

Another American doctor is facing accusations that he illegally hunted and killed a lion near the Hwange national park in Zimbabwe.

The country’s Parks and Wildlife Management Authority identified Dr. Jan Casimir Seski, of Murrysville, Pennsylvania, as a suspect in the April killing of a lion that has been deemed to be illegal following an investigation that intensified after the death of Cecil the lion in early July.

Dr. Walter Palmer, a 55-year-old dentist from Minnesota, was identified last week as the suspect in Cecil’s killing and has been in hiding since, while facing possible charges in Zimbabwe and the wrath of the Internet.

Seski, 68, has not yet commented on the accusations.

1. Like Cecil, the Lion Was Hunted & Killed on a Farm Near the National Park

Seski poses with a Nyala, one of 10 animals he killed during a hunt in South Africa. (Bowhunting Safari Consultants LLC/Facebook)

The Zimbabwe Parks and Wildlife Management Authority said in a press release that the lion was hunted and killed illegally on Railway Farm 31, which is near Hwange national park. Details of the hunt and killing haven’t been made public.

The agency has identified the Zimbabwean land owner as Headman Sibanda, who allegedly breached hunting regulations because he didn’t have a quota and permit at his farm. He also owns Nyala Safaris, which conducted the hunt. Dr. Jan Seski has been identified as Sibanda’s client.

Police said Sibanda is assisting in the investigation.

Cecil the lion was also killed on land outside the national park, the Antoninette farm, and the property owner, Honest Trymore Ndlovu, and the hunter hired by Walter Palmer, Theo Bronkhurst, have been charged criminally in connection with the illegal hunt and kill in Cecil’s death.

2. Seski Is a Bowhunter Who Has Killed Several Animals in Africa

Bowhunting Safari Consultants LLC posted on its Facebook page in December 2013 that Seski killed a trophy Nyala and nine other animals during a recent safari.

The same safari company posted in August 2012 that Seski had returned from a trip to Zimbabwe with a trophy Caracal cat.

Grizzly Stik, an arrow-maker, posted a photo of Seski in September 2014 with an elephant, saying it was the sixth he had elephant shot and killed. The company said:

For this hunt Jan used our custom-built GrizzlyStick Momentum UFOC 175 arrows cut to 29 inches and fletched with 4-inch DuraVanes to accommodate his finger-shooting style. The arrows weighed 1275 grains when topped with a 315-grain AshbyBroadhead with a FOC of 29%. Shot from an 85# Matthews Monster bow, this set-up generated 106 ft. lbs. kinetic energy.

The arrow was shot quartering into the elephant, penetrated a rib and one lung, lacerated the heart and liver, and was recovered in the gut. The elephant went a short distance and died. With results like this, no wonder Jan is a firm supporter of our Ultra-Magnum Arrow System.

3. He Is a Gynecological Oncologist in Pittsburgh

Dr. Jan Seski is a gynecological oncologist and operates a practice in Pittsburgh, Pennsylvania, Jan Seski M.D. and Associates.

According to Seski’s website, Seski graduated from the University of Michigan medical school and completed his residency in Obstetrics and Gynecology. He also completed a fellowship in Gynecologic Oncology at the University of Texas’ MD Anderson Cancer Center in Houston and also served as a member of the faculty there.

Seski moved to Pittsburgh in 1981 and has held academic positions there, including as the Division Director of Gynecologic Oncology at Allegheny General Hospital.

“He was a pioneer and leader in the development of bloodless surgery for Jehovah’s Witnesses and currently is the Medical Director for the Center for Bloodless Medicine and Surgery at Allegheny General Hospital,” his website states. “As a winner of multiple teaching awards, he is highly regarded for his skills as an educator as well as a clinician. He has authored numerous scientific publications in medical journals and textbook sections.”

“He is a renowned gynecologic oncologist and surgeon with over 30 years of experience in the diagnosis and treatment of female cancers as well as a host of complicated benign gynecologic conditions,” Seski’s website states.

Seski lives with his wife in a gated community in Murrysville, Pennsylvania, according to the Pittsburgh Post-Gazette.

“We hardly know him because he’s up there in his own little world,” a neighbor, Thalia Fowlkes, told the newspaper. “He’s not somebody you talk to. If you see him, he’s like, ‘What are you doing here?’” 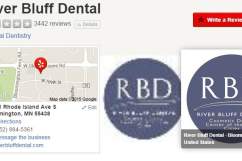 4. His Practice Was Fined in 2013 for Buying Unapproved Foreign Drugs

Dr. Jan Seski’s practice was fined by the U.S. government in 2013 after pleading guilty to buying unapproved foreign drugs. The practice paid a $100,000 fine.

In pleading guilty earlier today before Judge Crawford, the medical practice admitted that between December 4, 2008 and May 25, 2011, the practice ordered $973,795 worth of foreign versions of the oncology drugs Eloxatin7, Gemzar7, and Taxotere7 from GlobalRxStore.com and had them shipped through Oberlin Medical Supply of San Diego. The drugs ordered by the practice were determined to be foreign versions of these drugs and were not approved by the Food and Drug Administration for use in the United States.

Dr. Walter Palmer also had a history of wrongdoing. He pleaded guilty in 2009 to a felony charge of making a false statement to federal authorities. Palmer admitted he killed a bear in Wisconsin in an area he was not permitted to do so, and then lied about where it was killed to cover it up. He was fined and put on probation for a year. He also settled a sexual harassment claim with a former employee in a separate case. Read about that at the link below:

Zimbabwean officials announced on Saturday new restrictions on the hunting of lions, leopards and elephants.

According to the Associated Press, the Zimbabwe Parks and Wildlife Management Authority has suspended hunting of lions, leopards and elephants by anyone who does not have the permission of the agency’s director.

“Hunting of lions, leopards and elephants outside of Hwange National Park has been suspended with immediate effect,” Zimbabwe’s wildlife authority said in a statement, according to the AP. Hunters inside Hwange must get authorization from the wildlife authority’s top official and be accompanied by parks staff.

Loading more stories
wpDiscuz
130
0
Would love your thoughts, please comment.x
()
x
| Reply
Jan Seski, a doctor and bow hunter from Pennsylvania, is suspected in the killing of another lion near the Hwange national park in Zimbabwe.