Republican presidential candidate Donald Trump received an endorsement Tuesday night from a veterans group called Veterans for a Strong America during a rally on the U.S.S. Iowa.

The event was billed as a fundraiser for the group and as a speech on his national security policy. But what is Veterans for a Strong America? According to a 2012 Mother Jones article and public records, the group is “grassroots action organization committed to ensuring that America remains a strong nation by advancing liberty, safeguarding freedom and opposing tyranny,” that was founded in 2010.

“I am honored to receive the endorsement of this fantastic group. I have always felt our veterans are our most important people and I hate to see how they are treated like third class citizens,” Trump said in a press release. “If I win I am going to get our vets the care they need, treatment they deserve, and make America and our military great again!”

Here’s what you need to know about Veterans for a Strong America:

1.The Group Is Run by a Decorated Veteran & Attorney From South Dakota

Donald Trump, left, with Joel Arends of Veterans for a Strong America. (Getty)

The group is run by Joel Arends, an attorney from South Dakota who is a decorated Iraq War veteran. Arends introduced Trump at the rally Tuesday night and gave him the endorsement of Veterans for a Strong America, saying that they usually don’t endorse candidates until after the primary season is over.

According to OpenSecrets.org, Veterans for a Strong America has $30 in cash on hand, and $318 in debts.

Trump claimed at the event that Veterans for a Strong America has hundreds of thousands of members, but it appears to be only one person, Arends, its founder, according to MSNBC’s Rachel Maddow:

Arends says on his LinkedIn page that he served in Iraq with the 3rd Brigade of the 1st Cavalry Division, deploying in 2004. He also served in the U.S. Army Reserve as a major, and holds a Bronze Star for his time in Iraq. He was also named as one of the 50 heroes of the Global War on Terror by the Secretary of Defense.

An Iowa native, he has undergraduate and law degrees from the University of South Dakota. He lives in Sioux Falls with his wife and three children and runs a law firm.

Just finished the wonderful event on the U.S.S. Iowa. VETERANS FOR A STRONG AMERICA endorsed me. Such a great honor, thank you!

Arends describes Veterans for a Strong America on his LinkedIn page as:

…a non-partisan action organization dedicated to educating the public, members of Congress and the Executive Branch about the importance of growing the world’s strongest, most robust economy, strengthening and modernizing America’s Armed Forces, implementing a common-sense national energy policy, implementing responsible intelligence reform and strengthening the ability of America’s law enforcement agencies to prosecute terrorism on a global battlefield; all in the name of keeping America safe and strong.

Veterans for a Strong America is mobilizing veterans and veterans’ supporters as advocates in the public policy process. We are doing this by partnering supporters with respected economists, military veterans, intelligence community leaders and experienced former law enforcement officials.

Arends previously worked with the Bush-Cheney campaign as a field director in 1999-2000, as director of Iowa veterans operations for John McCain in 2007 and as the executive director of Vets for Freedom from 2007 to 2008.

According to the Sunlight Foundation, the Veterans for a Strong America super PAC contributed $125,082 to Mitt Romney during the 2012 presidential election. Arends is the PAC’s treasurer.

It also contributed $45,000 to the campaign to defeat Rick Berg, a former Republican congressman who ran unsuccessfully for an open U.S. Senate seat in 2012.

3. Trump’s Rally Was Billed as a Fundraiser for Veterans for a Strong America

The “Make America’s Military Great Again” event was billed as a fundraiser for Veterans for a Strong America and a political rally for Donald Trump. Tickets to the event cost from between $100 to $1,000, except for active members of the military, who got in for free.

Funds raised at Trump’s event appear to be going to the 501(c)4 “social welfare” group “Veterans for a Strong America, not the Super Pac. The website selling tickets for the event states:

Veterans for a Strong America is a non-profit organization that educates Americans about the importance of a strong military that is second to none.

All proceeds from this event go towards helping Veterans for a Strong America supporting our warriors on and off the battlefied (sic) and not to any candidate or candidate’s committee.

Paul Rieckhoff, the founder and CEO of Iraq and Afghanistan Veterans of America, tweeted after the event,”Just learned Trump did an event today announcing he’s been endorsed by a vets group that nobody’s ever heard of. w/out a real vets platform. Are they a 501c3/c19? Have they ever testified on the hill? Do they have any real programs? What have they done? These are questions to ask.”

Veterans for a Strong America came to Trump’s defense in July when the Republican candidate said that Senator John McCain is not a war hero because he was captured. Joel Arends said in a news release, according to the New York Times, “Don’t get me wrong, I think John McCain is strong on veterans’ issues. The problem is not John McCain’s record. The problem is how do we run government and is government going to be responsive to men and women who’ve laid their lives on the line for this country.”

4. Veterans for a Strong America Has Fiercely Criticized President Obama

Veterans for a Strong America has been a sharp critic of President Obama since 2012. It posted an ad on YouTube blasting Obama for politicizing military victories, like the death of Osama Bin Laden (watch the video above).

Arends told Mother Jones of the video, “Yes, it’s the swift boating of the president, in the sense of using what’s perceived to be his greatest strength and making it his greatest weakness. I’ve been in touch with a number of Navy SEALs and special operators. There is discontent, I believe, among them about Obama’s excessive celebration,” he says. “We’re gonna be rolling some of those folks out soon.”

But, Arends said, “We don’t pretend to speak for all veterans.”

5. The Group Has Sued the State Department Over Hillary Clinton’s Emails

Trump speaks aboard the USS Iowa at an event held by the Veterans for a Strong America. (Getty)

Veterans for a Strong America announced in March that it would be suing the State Department over Hillary Clinton’s emails, the Washington Examiner reported.

It says it was one of the first to seek access through the Freedom of Information Act to Clinton’s Benghazi-related emails.

“At this point in time, I think we’re the only ones that specifically asked for both her personal and government email and phone logs,” Arends told the Examiner. 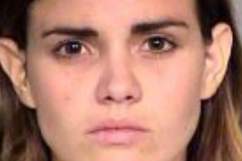 Loading more stories
wpDiscuz
30
0
Would love your thoughts, please comment.x
()
x
| Reply
Veterans for a Strong America is a South Dakota-based group PAC run by Joel Arends that endorsed Donald Trump for president during a rally on the USS Iowa.