An unruly passenger was removed from a flight from Miami to Chicago on Monday after she was accused of kissing and then attacking a flight attendant, police said.

The American Airlines flight was diverted to Indianapolis, where police arrested the passenger, Daniela Velez-Reyes, 25, of Chicago, the Indianapolis Star reports.

Daniela Velez-Reyes was removed from an American Airlines flight from Miami to Chicago after she allegedly kissed and hit a flight attendant, police said. (Indianapolis Airport Authority)

Daniela Velez-Reyes was charged with battery with injury, battery without injury, battery of a public safety officer, criminal recklessness, disorderly conduct and disruption of the operation of an aircraft, police told WLS, the Chicago ABC affiliate.

According to the Indianapolis Star, the police report lists the victims as a 36-year-old woman and a 52-year-old man, a fellow passenger. The woman, a flight attendant, suffered a minor injury and the man was not injured. A police officer was also kicked as she was being removed from the flight, police said.

2. She Allegedly Punched a Fellow Passenger After He Complained About Her Kicking His Seat

Velez-Reyes was removed from the plane in Indianapolis. (YouTube/Jim Saviano)

“She was disoriented through the entire flight, not being able to find her seat, walking back and forth,” Marian Frendt, a passenger on AA1284, told the news station. “And when she came to the back, she was sweating profusely.”

Passenger Brian Wood told NBC Chicago, “It was just a lot of screaming, yelling. I thought it was a kid crying in the back [at first], but it ended up being [her]. She was kind of being belligerent, drunk on the plane.”

3. Witnesses Say Velez-Reyes Kissed a Flight Attendant & Then Hit Her in the Face

Definitely the most scared I’ve ever been in my life. Could only hear someone screaming and see several people in the back of the plane.

Jim Saviano, a passenger on the flight, said on Instagram that a flight attendant intervened after Velez-Reyes punched the passenger, taking her to the back of the plane to try to calm her down.

After a few minutes of talking to Velez-Reyes, “this girl grabbed the flight attendant she grabbed her face and kissed her and then punched her in the face.”

The flight attendant was not seriously injured.

4. The Pilot Asked for ‘Large Passengers’ to Help Restrain Her Until They Landed

When someone has a Bridesmaid moment on your plane and you need to make an emergency landing. #bummed #callmom pic.twitter.com/FZFrztxOlw

Saviano told ABC News that the pilot put the plane in lockdown, but told the passengers that the flight attendants needed help restraining Velez-Reyes.

“He just said large men,” Saviano told ABC. “He said I need large passengers to restrain another passenger. So when I hear ‘large passenger,’ I’m thinking something big is going down.”

Darnell Wilson told ABC that he and three other passengers helped.

“She was on the ground,” Wilson said. “She wouldn’t stand up. She kept hollering that she was going to mess herself, like she was cursing people out. It was really absurd.”

5. The Flight Arrived in Chicago About 90 Minutes Late Because of the Disruption

The flight arrived at O’Hare International Airport in Chicago about 90 minutes late because of the disruption, the airline said. 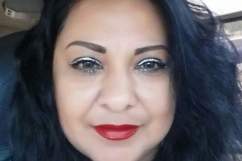 Loading more stories
wpDiscuz
0
0
Would love your thoughts, please comment.x
()
x
| Reply
Unruly passenger Daniela Velez-Reyes was removed from an American Airlines flight from Miami to Chicago after she allegedly kissed and hit a flight attendant.