A rookie Memphis police officer was shot and killed outside of his home in Cordova, Tennessee.

Terence Olridge, 31, was shot at about 1 p.m. He was taken to a local hospital, where he later died, the Memphis Commercial Appeal reports.

He was killed while trying to break up a domestic disturbance involving his neighbors, according to the Facebook page Blue Lives Matter Memphis TN.

Olridge’s death comes about two months after Memphis Officer Sean Bolton was shot and killed during a traffic stop.

“I didn’t think that we’d be here again so soon,” Memphis Police Director Toney Armstrong said at a press conference.

1. A Suspect Is in Custody on a Gun Charge

Memphis Police said there is a suspect in custody in connection with the shooting.

Lorenzo Clark has been charged with felony possession of a firearm. Police said the 36-year-old exchanged gunfire with Terence Olridge during an “encounter” outside the officer’s home, police told WREG-TV. He is Olridge’s neighbor. 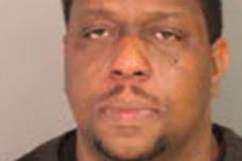 2. He Was Shot While He Was Leaving for Work in His Uniform

Armstrong says Officer Terence Olridge was off duty. He worked at the Airways station. @FOX13Memphis pic.twitter.com/5NqFnfhgYE

Olridge’s uncle told WREG-TV that the rookie officer was on his way to work when he was shot. He was in his uniform, his uncle told the news station. He crawled back to his house to get help.

“We just got a call, told us he’d been shot on his way to work, that he made his way back to the door some kind of way,” his uncle, Jerry Kelly, told FOX13. “I don’t know exactly how he made it back, but made it back to the garage door.”

The shooting happened on Longshadow Lane in the Franklin Farms subdivision of Cordova.

3. A Witness Said She Heard 3 Gunshots

Neighbor who has lived here 13 years tells me she heard 3 gunshots. Says neighborhood has changed but remembers only one other shooting.

A 13-year-old who lives in the neighborhood told Local 24 News reporter Brad Broders that she heard three shots.

Police have not yet released any other details about the shooting. Police Director Toney Armstrong told reporters they “have more questions than we have answers.”

Police said at a press conference that Officer Terence Olridge is engaged. His fiancee is four months pregnant.

His mother and family were at the hospital where Olridge died, police said.

“I ask that you keep his family in your prayers,” Armstrong said at a press conference Sunday afternoon.

5. He Joined the Memphis Police Department in 2014

According to the Commercial Appeal, Officer Terence Olridge joined the Memphis Police Department in September 2014.

Olridge was assigned to the Airways precinct, the newspaper reported.

“Got a task ahead of me and I am prepared,” Olridge told the news station.