Several people have been injured after a shooting at an Indianapolis, Indiana, mall Wednesday night, Fox 59 reports.

The shooting happened at about 6:30 p.m. at the Washington Square Mall, the news station reports.

No one is in custody.

Police say they do not believe the shooting was random and the victims are all expected to survive, WTHR reports.

1. Witnesses Say They Heard ’15 Shots’ From a Masked Gunman

Thats crazy asf . somebody shot mutilple ppl in Washington square mall. They shot about 15 out bullets

A witness said on Twitter he heard about 15 shots fired.

Several witnesses spoke with reporters at the scene:

Witness tells me he was inside mall when man in mask started shooting. He saw 3 people fall and he ran with 3yr old son.

Woman inside Target at Wahingyon Square mall tells me people started running to back of store & hid in storage area when shots fired.

Woman I spoke with said she was in @Target and heard several shots. She hid in a fitting room and called 911. Mall has been closed.

Police said they are still searching for the gunman.

2. The Shooting Happened in a Common Area Outside of Target

According to Fox 59, the shooting happened in a common area outside of a Target store.

The mall has been closed, police say.

3. At Least 2-3 People Have Been Injured

According to WTHR, two to three people were shot at the mall.

On scene at Washington Square Mall where police said they have "several" shooting victims. pic.twitter.com/PTvaR8f1vb

According to Fox 59, one victim, a man, was taken to Methodist Hospital in critical condition.

Two other victims, a man and a woman, were taken to Eskenazi Health with non-life-threatening injuries, the news station reports.

4. Several Emergency Vehicles Are at the Scene

Police have swarmed the mall, with several police cars in the parking lot, along with ambulances and fire trucks.

Reporters say they have been kicked off the property by mall security.

Shooting happened about an hour and a half ago. Current scene outside the mall. Police presence has diminished. pic.twitter.com/59L8w0JYTE

By about 8 p.m., the police presence had lessened, reporters said.

The mall, owned by Jones Lang Lasalle, opened in 1974 and it has about 80 stores, according to its website. There are three “anchor stores” in the mall, Target, Dick’s Sporting Goods and Burlington Coat Factory.

For those who aren't from Indy, here is the mall's location. It's on the Far Eastside. Unclear on total # of GSVs pic.twitter.com/cJmRrp2hyq

It is located at 10202 East Washington Street. 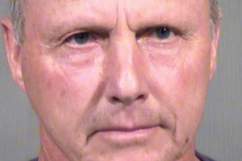