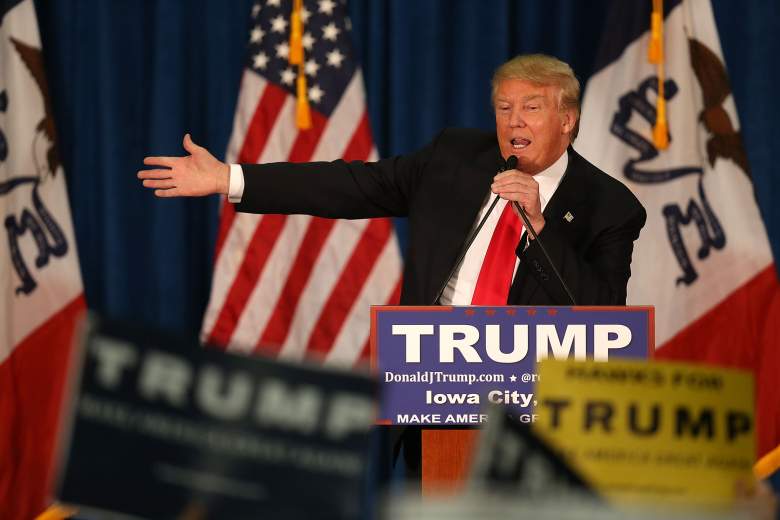 Donald Trump is skipping the Iowa debate to host his own event. (Getty)

Donald Trump, who has taken the lead in Iowa polls and stayed on top in New Hampshire and nationally, will boycott tonight’s debate over his long-running feud with Fox News host and debate moderator Megyn Kelly, instead hosting a competing event on CNN. Trump did not reveal many details about his event, but did reveal he would be raising funds for the Wounded Warrior Project, a charity devoted to rehabilitating and reintegrating disabled veterans.

The event will take place at 9 p.m. Eastern (just like the GOP debate) and will be broadcast on CNN. GOP undercard candidates Mike Huckabee and Rick Santorum will attend after the undercard debate concludes.