Those were the words spoken by the woman in the video above, identified by Miami Local 10 as Dr. Anjali Ramkissoon, a neurology resident at Jackson Memorial Medical Center.

The video, posted in January by Youtube user JuanCinco, shows Ramkissoon attempt to get in an Uber vehicle, then proceed to throw everything out of the driver’s car. This is JuanCinco’s first and only YouTube post.

Ramkissoon, 30, is a fourth-year resident employed by Jackson Health System, and was placed on administrative leave, effective immediately. The driver in the video hasn’t been identified.

On April 22, Jackson Health System released an official statement after an investigation, stating that they are “moving forward with the termination of Dr. Anjali Ramkissoon, a resident doctor. She is entitled to an appeal process.”

The cellphone video of the fourth-year neurology resident striking and screaming profanities at the Uber driver in the Brickell area received hundreds of thousands of views. In the clip, Ramkissoon, wearing shorts and an orange shirt, and the driver argue as he refuses to give her a ride. He was there to pick up another passenger.

Shortly after the incident, University of Miami Medicine released a statement on their Facebook and Twitter regarding Ramkisoon’s status:

1. She Allegedly Stole the Driver’s Keys & Tried Running Away With Them Before the Video Started

The video was uploaded on January 19 but didn’t pick up steam until Thursday. In the video description, JuanCinco gives a detailed description of what happened:

We were on the phone with this uber driver while he pulled up to our location. Out of nowhere the girl in the video gets in the backseat of his car and won’t get out. We told the driver it was ok, to just cancel our ride, but he did not want to take her anywhere so he kept telling her to get out.

Eventually the driver gets out and says he’s calling the cops to get her out of the car. After a couple of minutes of the driver pretending to talk to the cops (im assuming he was pretending because they never showed up at first), the girl decides to reach into the front seat, grab his keys, and start walking away with his keys in her hands…. That’s where the video starts…

Miami Police responded to the incident, but did not arrest Ramkissoon because the driver didn’t want to press charges and she gave him money as an apology.

Although no charges have been filed, Ramkissoon has faced the wrath of the Internet. Her Instagram, Facebook and other social media pages have been taken down. Someone even edited a picture of her to make it appear she was topless.

Police said they did not take a report on the incident. “There is no incident report by us. She wasn’t arrested so she’s not in the system,” Detective Frederica Burden told the Miami New Times. “The police responded to the location but it was a disturbance call. No report is generated for a disturbance call.”

Ramkissoon has not commented publicly since the video went viral.

2. She Was Knocked to the Ground After Trying to Knee the Driver in the Groin

The Uber driver appears to have control of Ramkissoon early in the video, holding her wrists in an attempt to restrain her. She attempts to free herself by kneeing the driver in the groin, resulting in the driver shoving Ramkissoon to the ground and making a break for his car.

When he gets to his car, Ramkissoon gets in on the passenger side and begins to berate the driver. The driver immediately exits, so Ramkissoon starts yelling “get in the f****ing car” and throwing his belongings outside the vehicle.

Ramkissoon proceeds to fill the street with papers and items from the driver’s car — including throwing a pair of scissors and smashing his phone.

According to JuanCinco, Ramkissoon became remorseful after police arrived. “It was only when they put her in the police car that she started crying, apologizing, and claiming that she would lose her medical license (she claimed to be a neurologist) if she got arrested,” JuanCinco includes in the description. 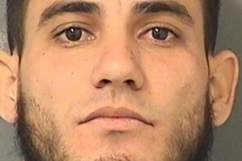 3. Uber Has Suspended the Account Belonging to Ramkissoon – Who’s a Miami Native Living With Her Family

Uber said in a statement that it has suspended her account.

“Uber expects everyone associated with the platform – both drivers and riders – to conduct themselves with a shared level of respect and common courtesy, and all forms of harassment and abuse are not tolerated. We have suspended the rider account of this individual as we investigate the incident,” Uber said.

According to voter records, Ramkissoon is 30 years old and living in the Miami area as recently as November. She lives with family, and graduated from North Miami Beach High School.

Her sister, 28-year old Kavita Ramkissoon, attended law school at Nova Southeastern University and passed the Florida bar exam in 2013. She now works for the firm Kanner & Pintaluga as an associate attorney, specializing in accidents and injuries.

According to her mom’s Facebook, Patricia Ramkissoon worked as a secretary a the University of Miami School of Medicine from 1983 to 1988. She also took classes at Barry University, where Kavita graduated with a BS in Criminology.

Ramkissoon’s boyfriend is also a doctor who studied at the University of Miami.

Neighbor Ruby Ferro told CBS4 about Ramkissoon, “I just got surprised because they’re a beautiful family,” said Ferro. “Anjali and her sister, they’re good girls. They’re quiet people. They never have a problem. You could be a beautiful person but one day you have a problem, the job or the family or the boyfriend and you change that day. But that doesn’t mean you’re a bad person.”

4. She Went to Medical School in Grenada & Focuses on Headaches & Sleep Medicine

Ramkissoon is in the fourth year of University of Miami’s neurology residency program. She works at the main teaching hospital of the university’s medical school, Jackson Memorial. A search for her name turns up a post from the the Epilepsy Center at University of Miami Hospital citing its excellent levels of patient care, but the post has been removed. A cache of the page reveals a 2014 press release citing this hospital’s Level 4 rating for its quality of specialized epilepsy care and listing her as a member of the epilepsy team.

A newsletter from the neurology residency program lists Ramkissoon among the class of 2016 with a focus in headaches and sleep medicine.

Before starting her residency at Jackson Memorial, she studied at St. George University Medical School in Grenada. She was a member of the medical school’s class of 2012, according to its website.

She completed her undergrad studies at Barry University in Miami in 2008.

5. Pages Reviewing Ramkissoon as a Doctor Are Getting Trashed by Trolls

As a medical professional, there are several sites listing Ramkissooon for her services. Before today, they didn’t have many reviews, as Ramkissoon is still a resident. But now people have taken to these sites to express their contempt.

Both Healthgrades.com and Vitals.com have listings for Ramkissoon, but only on Vitals can you post reviews. She’s up to more than 400 reviews with a rating of 1 out of 5. The reviews range from angry to absurd to lewd.

There are also some colorful reviews on her Facebook page for her practice. 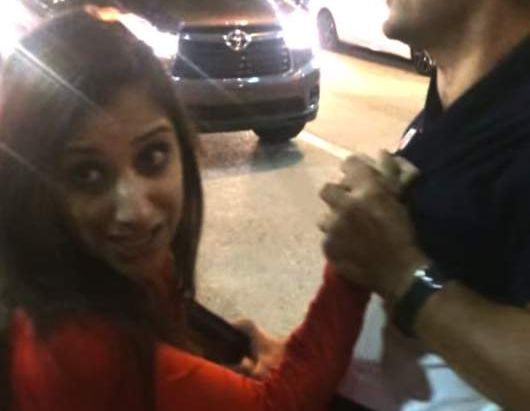 Loading more stories
wpDiscuz
471
0
Would love your thoughts, please comment.x
()
x
| Reply
The story behind the woman seen in a viral video having a wild altercation with an Uber driver in Miami earlier this week.