A 15-year-old high school student was killed by her scorned lover in a tragic shooting that occurred in Arizona on February 12. A source tells Heavy.com that May Kieu was shot dead by her girlfriend at Independence High School just before the start of the school day. The source tells us that Kieu was about to break up with her partner, named by multiple sources to Heavy.com as Dorothy Dutiel.

1. The Couple Seemed Fine the Day Before the Shooting

Concerned parents at Independence High SchoolParents are asking to meet students at Walmart near 75th Ave/Glendale. ◂ ABC15 is your destination for Arizona breaking news, weather, traffic, streaming video and in-depth coverage to keep you informed throughout the day. Our mission is simple. ABC15 is Taking Action to make Arizona an even better place to live. For more download the…2016-02-12T16:33:48Z

Speaking to Heavy.com, one of Kieu’s classmates said, “They were about to break up I believe, yesterday they seemed fine…They were both really nice and I would have never expected this to happen.” The friend added that Kieu and Dutiel’s relationship was accepted by the school community.

American Airlines pilot Henry Del Rey, who was on scene at Independence High School, wrote on his Facebook page, “The girls who were killed were dating. One didn’t wanna be with the other and when she tried breaking it off the other girl shot her and shot herself.” 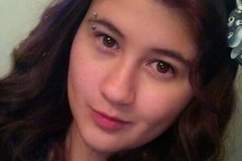 2. Her Sister Phuong Kieu Is a Teacher at Independence High School

In an interview with ABC Phoenix, Kieu’s teacher sister, Phuong Kieu, explained that she drove to Independence High School with her slain sister on the day of the shooting. Just minutes after they said goodbye, the school was put on lockdown after gunfire was heard.

Phuong Kieu told the network that a warning sounded: “It first said two students…then it said two female students… and then it said two sophomore girls.” Later, Phuong Kieu called the school office to ask about her sister, she says, “They put me on hold for 10 minutes and that’s when I knew something was wrong…They confirmed it. She’s not coming back.”

Later, Phuong Kieu told NBC Phoenix reporter Trisha Hendricks, “I think May wanted us to be happy,” her older sister said. “She’s a happy girl, she doesn’t like sadness.”

On Independence High School’s website, it says that in February 2015, a year before her death, May Kieu was named Freshman of the Month for her academic achievements. On Dutiel’s Instagram page, she paid tribute to Kieu singing a solo at the school’s Christmas concert in December 2015. She wrote, “My sweety did such a wonderful job singing her solo, “Santa Baby” at the winter concert. She was enchanting and sung with grace. Shes so v talented.”

A Go Fund Me page has been set up to raise money for Kieu’s funeral.

3. The Murder Weapon & a Suicide Note Was Found Beside Kieu’s Girlfriend’s Body

Glendale, Arizona PD: Two female students shot, killed at a high schoolTwo teenagers at a Glendale, Arizona high school were killed Friday morning in a shooting that police are calling a "tragic" situation. ◂ 23ABC News brings you up to the minute breaking news alerts, weather, traffic as well as live streaming video for Bakersfield, Kern County and all over the world. 23ABC News, KERO, brings…2016-02-12T19:11:03Z

A man who lives nearby to Independence High School told NBC Phoenix that he heard, “Three loud shots; like somebody dropping plywood.” As the shooting situation unfolded, police in Glendale were quick to stress that it was not an active-shooter event and that there was no further risk to the community. Both Kieu and Dutiel were declared dead at the scene and neither was rushed to a hospital. The murder weapon was found beside her Dutiel’s body. At a press conference in the aftermath of the incident, police confirmed that they are treating the incident as a murder/suicide and that a suicide note was found at the scene.

4. Following Her Death, She’s Being Mourned by Her Friends on Social Media

RIP to May and Dorthy ?? Knew both of you all through elementary school, God gained two beautiful girls today. ?

As news of Kieu and her Dutiel’s deaths spread, their friends took to social media to mourn there. No blame for the shooting is given to Dutiel from the messages of condolences being circulated on Twitter. Here are some of the most poignant:

rip dorothy and may ?

Rip May and Dorothy ??? forever in my prayers

RIP to these lovebirds from independence high. May your travels to the heavens be peaceful. ?? to their families???? pic.twitter.com/kqzMujUfVN

My heart goes out to the ones that died today at Independence. May god be with you and your families. Prayers go out to them.

I’m at school right now and it’s sad to hear this. I know these two girls and I’m crying. Why does this have to happen.. This is too much. They’re both dead and its so depressing. Omfg I can’t.. Please show more love people. Please care more Please no. This can’t be happening. I see them everyday and talk to them. We had plans and seeing this make me want to shut everything out. Please..

Later, that same friend wrote, “I miss May and Dorothy already. Please come back. I miss you.”

There was a very unfortunate tragedy at Independence High School today. R.I.P May and Dorthy…
Dorthy and May were these very kind girls, and who made me feel welcomed when I was just a stranger and I’m sorry but I will miss seeing their smiling faces. My heart sincerely goes out to the families.

5. She Was One of Only a Few Asian-American Students at Her High School

In a message, Glendale Mayor Jerry Weiers said, “Our hearts go out to everyone at Independence High School this morning. We are standing by for information.” He later told the media, “This school has special meaning to me, my daughter when to this school. Tragedy hits close to home.”

While Arizona’s Governor Doug Ducey said, “Our prayers are with the students, educators & families at Independence High School & all the first responders on the scene. #PatriotPride.”

prayers to the 2 girls shot at Independence HS ??

The high school is part of the Glendale Union High School District, opening in 1977. NBC Phoenix describes the school as being in a “largely residential neighborhood.” According to Department of Education statistics the school is nearly 60 percent hispanic, with just 2 percent being Asian American. Kieu was of Vietnamese descent. There are just over 2,000 students enrolled.

Read More
5 Fast Facts, Breaking News, Deaths, R.I.P., Shooting
A 15-year-old high school student was killed by her scorned lover in a tragic shooting that occurred in Arizona on February 12.