Merrick Garland with his wife, Lynn, and two daughters, Rebecca and Jessica, in an undated family photo. (White House)

Federal appeals court judge Merrick Garland has been picked by President Barack Obama as his nominee to the Supreme Court.

He would fill the seat vacated by the death of Justice Antonin Scalia last month. Obama has called on the Senate to give his nominee a hearing and vote, but leading Republicans have vowed not to do that because it is an election year.

Garland, 63, of Bethesda, Maryland, is married to Lynn Rosenman Garland, 55.

Here’s what you need to know about her and their family:

Lynn Rosenman and Merrick Garland married in 1987, according to their New York Times wedding announcement.

They were married at the Harvard Club in New York with Rabbi Charles Lippman performing the ceremony, according to the announcement.

Merrick Garland was a partner at the Washington law firm of Arnold & Porter at the time, while Lynn Merrick was working at a defense contractor in Virginia.

While speaking at the Rose Garden on Wednesday after being announced by President Obama as his Supreme Court nominee, Garland said it was the second greatest honor in his life, only to his wife deciding to marry him. 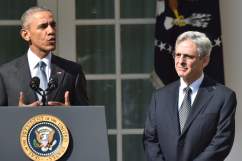 2. Her Grandfather Was a New York Supreme Court Justice & Her Father Was an Attorney

Lynn Rosenman Merrick’s grandfather was Samuel Rosenman, who served as a New York State Supreme Court justice and as a counsel to Presidents Franklin D. Roosevelt and Harry Truman. He died in 1973.

Her father, Robert Rosenman, was also involved in the law, working as a partner for the New York firm of Cravath, Swaine & Moore.

3. They Have 2 Daughters Who Both Graduated From Yale

Lynn and Merrick Garland have two daughters, Rebecca, 25, and Jessica, 23. Both daughters graduated from Yale University in recent years.

Jessica Garland was the co-president of the Yale Undergraduate Prison Project, a student-run social justice project that aims to reduce recidivism and promote dialogue around issues connected to mass incarceration, according to its website. She can be seen above in a Yale Daily News video talking about the project.

She is now a graduate student at Cambridge University, according to her Linkedin profile.

Rebecca Garland graduated from Yale with a degree in psychology.

According to her Linkedin page, Rebecca Garland works as a consultant for Trinity Partners, a pharmaceutical consulting firm in Boston.

4. The Garlands Live in a $2.1 Million Home in Maryland

The Garlands live in a $2.1 million home in Bethesda, Maryland, according to records published by the Washington Post.

5. She Attended MIT & Harvard University Before Working for a Defense Contractor

Lynn Rosenman Garland was raised in New York and Redding, Connecticut, and attended the prestigious Brearley School, according to her wedding announcement.

She went on to graduate from Harvard University and from the Sloan School of Management at the Massachusetts Institute of Technology, where she earned a master’s degree in operations management.

At the time of her wedding she was working as the staff assistant to the vice president in charge of operations for the Melpar division of E-Systems, Inc., a defense elctronics contractor in Falls Church, Virginia. Details about her later career were not immediately available. 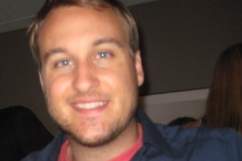