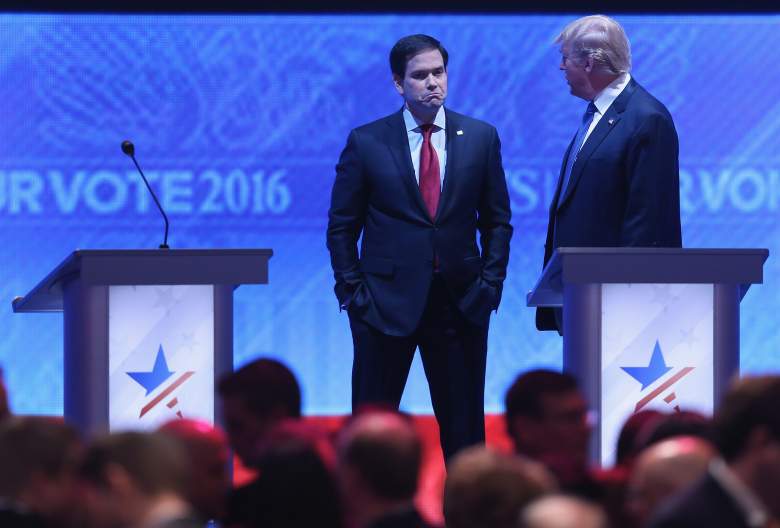 Marco Rubio and Donald Trump speak during a commercial break at the republican debate in Manchester. (Getty)

During the heat of the primary season, Marco Rubio spent weeks arguing that Donald Trump would be detrimental to the future of the United States. But times have changed, and now that Trump has become the presumptive republican nominee, virtually all of these former presidential hopefuls have changed their tune and are throwing their support behind a man they once so vehemently opposed.

There are still a few holdouts, though, those in the “#NeverTrump” movement or those who simply refuse to endorse either candidate. Is Marco Rubio one of them? Is he officially throwing his weight behind Donald Trump? Here are five fast facts you need to know.

1. He Says He Wants to Help Trump Win the Presidency 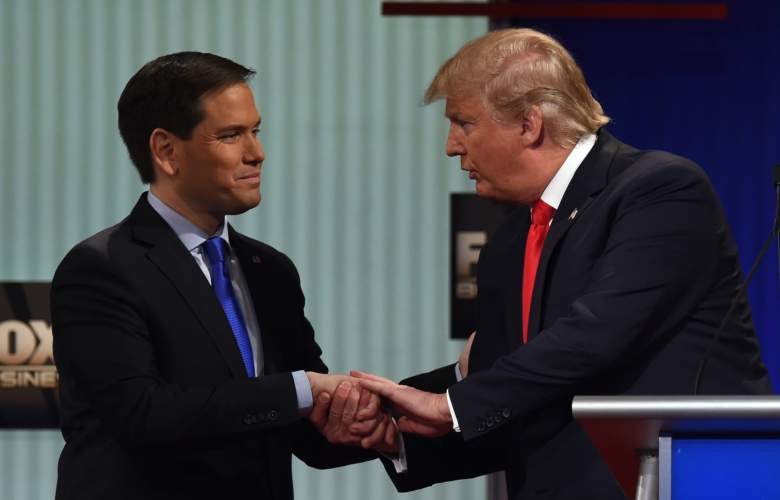 Marco Rubio was previously unsure if he would attend the Republican National Convention if Trump was the nominee, but he has now changed his tune. In an interview with CNN’s Jake Tapper, Rubio recently said that he will indeed go to the convention and help a candidate he once called “a con man” get elected. He says that even this is still a better alternative to Hillary Clinton.

Rubio went on to say that although his policy differences with Trump are well-documented, he would be “honored” to speak on behalf of Trump at the convention if there is a role for him. However, he did note that the door is closed on being Trump’s vice president, as Rubio thinks Trump should pick someone who more closely aligns with his positions. 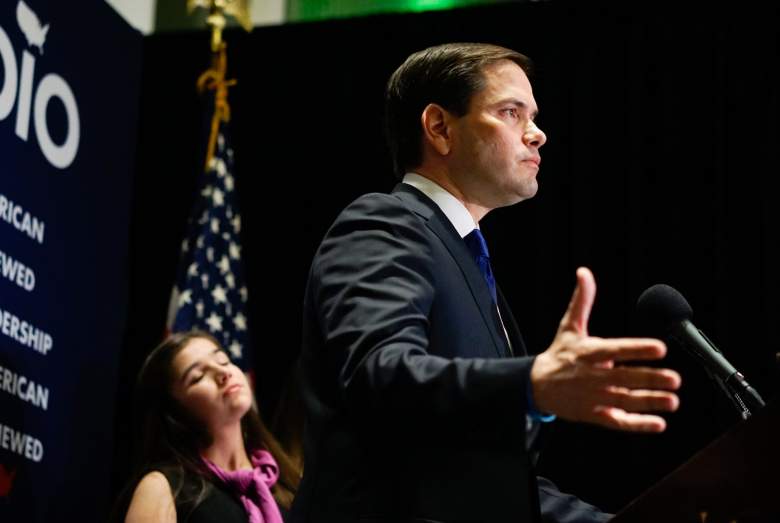 Marco Rubio speaks to supporters and announces the suspension of his campaign. (Getty)

Not long after the CNN interview, Rubio took to Twitter to offer a half-hearted endorsement of Trump while not actually mentioning the man’s name. Rubio said that there are only two candidates up for election, he won’t vote for Clinton, and he can’t ask his supporters to abstain from voting. He leaves the natural conclusion, “Therefore, you should vote for Donald Trump,” unspoken.

In Florida only 2 legitimate candidates on ballot in Nov. I wont vote for Clinton & I after years of asking people to vote I wont abstain.

If you can live with a Clinton presidency for 4 years thats your right. I cant and will do what I can to prevent it. 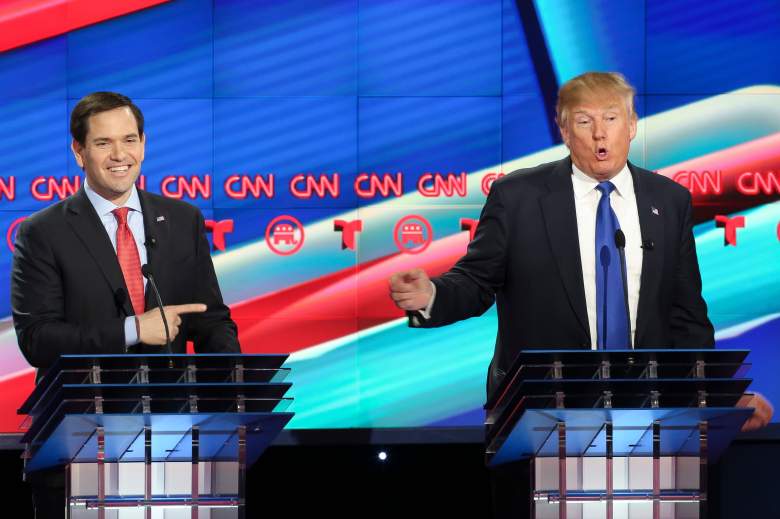 Marco Rubio laughs at Donald Trump at the Republican debate in Houston. (Getty)

When he suspended his campaign, Marco Rubio said that he would not be running for Senate again.

He said at the time, “I’m going to finish up my term in the Senate. Over the next 10 months we’re gonna work really hard here and we have some things we want to achieve. And then I’ll be a private citizen in January.”

However, Trump, who once said Rubio was a lightweight who “couldn’t get elected dog catcher in Florida,” now wants Rubio to seek another term as senator.

Poll data shows that @marcorubio does by far the best in holding onto his Senate seat in Florida. Important to keep the MAJORITY. Run Marco!

While Rubio has previously been very adament that he will not run for re-election, he acknowledged the possibility this week, although saying that it’s “unlikely” that he will seek another term, according to Bloomberg Politics. He told CNN, however, that it’s a fair assumption that he will run for some sort of public office again in the future.

4. Hillary Clinton Is Using Rubio’s Past Statements Against Trump 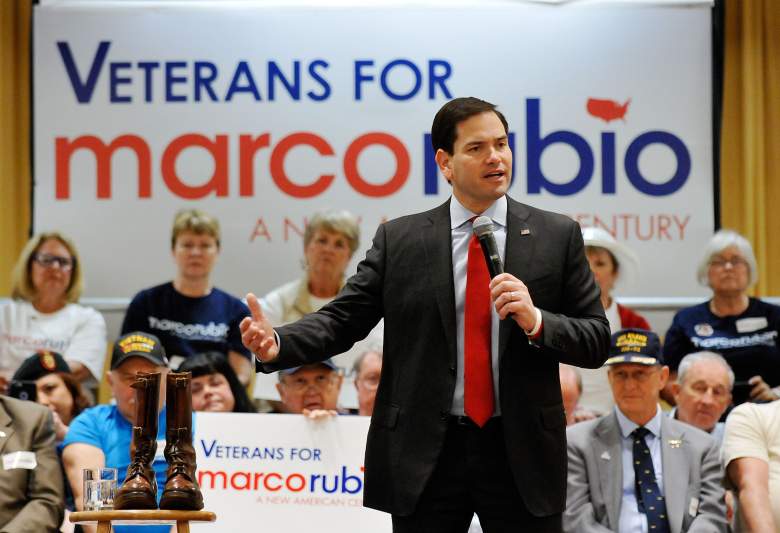 Marco Rubio speaks at a rally in The Villages, Florida days before the state’s primary. (Getty)

In the midst of this Rubio news, Hillary Clinton’s campaign dug up one of the former candidate’s dozens of anti-Trump statements, contrasting these comments against Rubio’s current position. On Twitter, Clinton retweeted a post Rubio made back in July and said that she agreed with the sentiment. 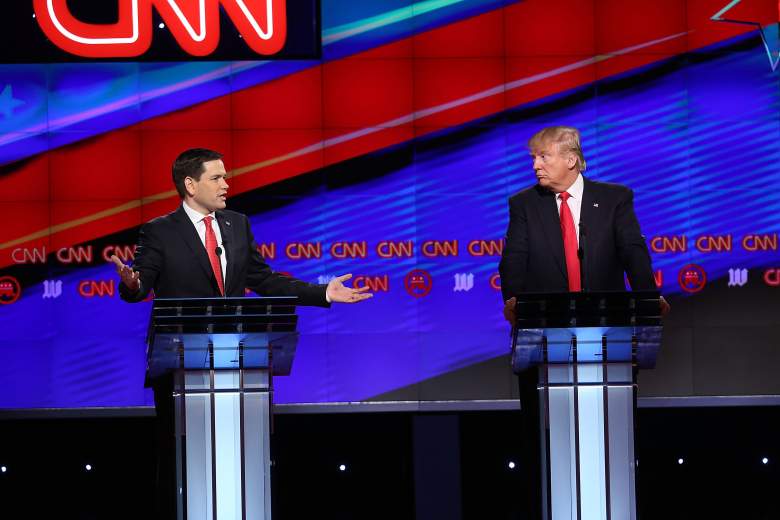 Marco Rubio debates Donald Trump on CNN at the University of Miami. (Getty)

Though Rubio is now in the Trump camp, just two months ago he was selling #NeverTrump merchandise as part of his campaign. According to The Huffington Post, in March Rubio’s store sold signs, hats, wristbands and T-shirts with the phrases “#NeverTrump” and “#DumpTrump.” At the time, he also referred to Trump as “dangerous,” a “liar,” a “con man” and “a fraud.” However, he did clarify back then that he would be supporting the republican nominee no matter what.

“For me, I’m never voting for Donald Trump in the Republican primary,” he said in an interview at the time. “I’m going to vote for the nominee, but it’s not going to be Donald Trump.”