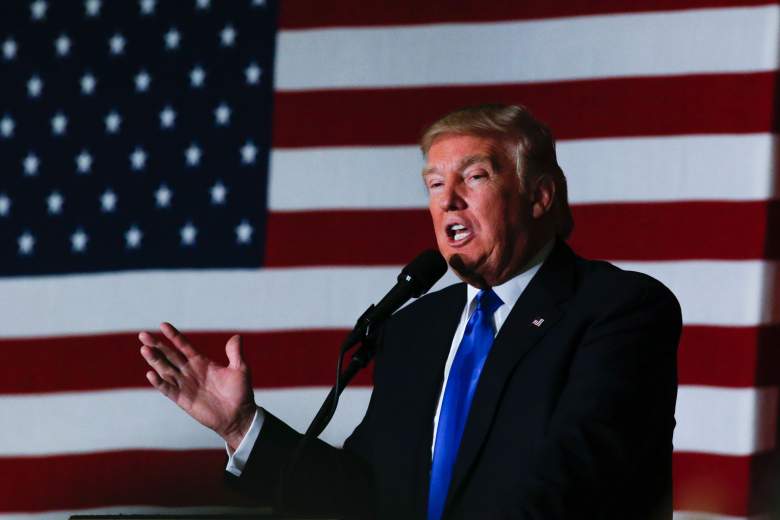 Presumptive Republican presidential nominee Donald Trump has been criticized for his treatment of women, something that will undoubtedly become a major issue in the general election.

Over the course of the Republican primary alone, he repeatedly called a female reporter a “bimbo,” criticized the looks of the only woman running against him, and said women should be punished for having abortions. Then there are all the filthy misogynistic remarks he made before becoming a politician, as during his many appearances on the Howard Stern Show.

In fact, a recent New York Times piece describes Trump’s “unsettling workplace conduct” towards women over the course of the past several decades. Trump has repeatedly claimed that the article has been thoroughly discredited, but what he’s referring to is the fact that one subject interviewed came out and said that the Times spun her words to appear negative (although they did not actually misquote her). None of the other 49 women highlighted had any issue with The New York Times’ reporting.

As a result of all this, Trump’s numbers with female voters are quite dire. Could he turn this around as he moves the campaign into the general election? Here’s what you need to know.

1. 60% of Women Have a Very Unfavorable View of Him 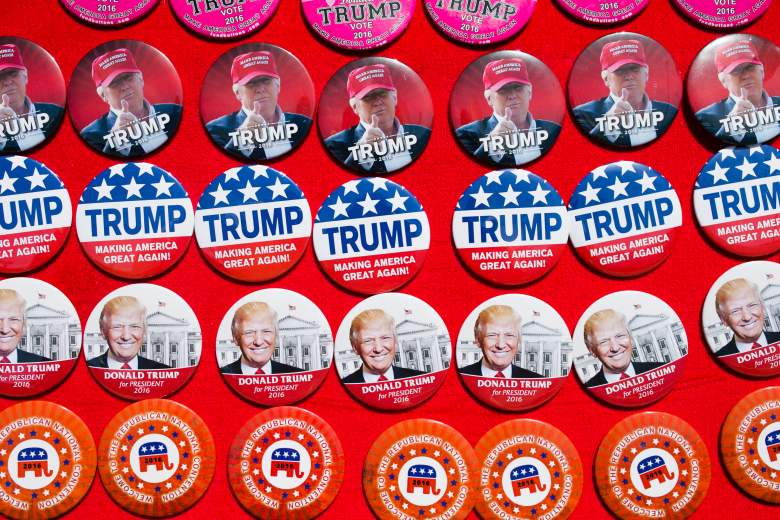 Trump’s favorability among women is quite low, which is especially an issue for the campaign considering Trump’s opponent will likely be Hillary Clinton. A recent YouGov/Economist poll found that nearly 60% of women have a “very unfavorable” view of Trump.

Virtually every similar poll has shown a similar result, and some are even more grim for Trump. A Gallup poll conducted in April found that 70% of women had an unfavorable opinion of Trump, compared to 58% among men. A March poll conducted by CNN found Trump had a 73% disapproval rating among women.

The Republican party has already had an issue winning among women in recent years, but Trump’s unfavorables are worse than anything the party has seen. In 2012, Barack Obama won female voters, but only by about 11 points, according to CNN.

2. He Says Hillary Clinton is Playing the ‘Woman Card’ 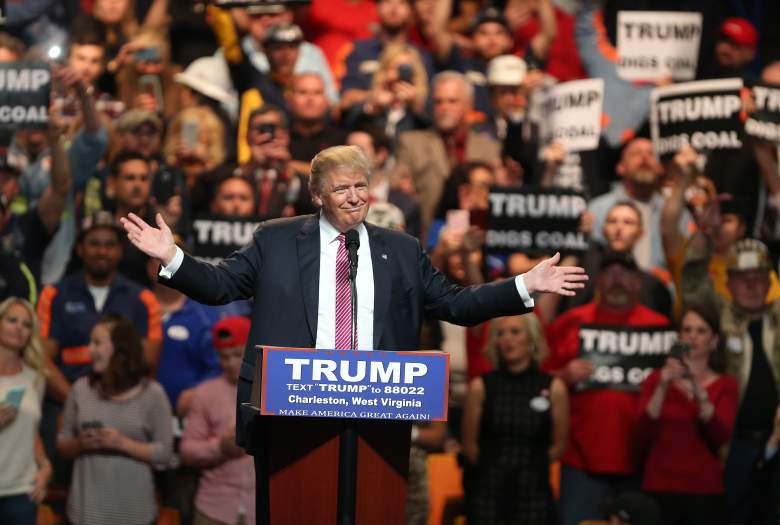 Donald Trump speaks at a rally at the Charleston Civic Center in West Virginia. (Getty)

In an attack many questioned considering the candidate’s established women problem, Trump went after Hillary Clinton back in April by saying that she was playing the “woman card,” according to CNN. He also seemed to conclude that the only reason anyone would vote for her is because she would be the first female president.

“Frankly, if Hillary Clinton were a man, I don’t think she’d get 5 percent of the vote. The only thing she’s got going is the women’s card,” Trump said. “And the beautiful thing is, women don’t like her.”

Trump’s claim that Clinton doesn’t do well with women doesn’t appear to be true, though; Politifact found that in general election matchups, Clinton leads Trump among female voters by an average of 19 points.

On many, many occasions, Trump has mocked women he doesn’t like for their appearance. The most notable example is Rosie O’Donnell, who Trump more than once has referred to as a “slob” and a “fat pig.”

“Rosie O’Donnell is disgusting, both inside and out,” Trump said in 2006. “If you take a look at her, she’s a slob. How does she even get on television? If I were running The View, I’d fire Rosie. I’d look her right in that fat, ugly face of hers and say, ‘Rosie, you’re fired.'”

This is not the only time has has gone after woman’s appearance. He once criticized Angelina Jolie by saying that she is not good looking.

On Twitter, he attacked Arianna Huffington as being unattractive and mocked her for her divorce, and he also belittled Bette Mittler for her looks as well.

.@ariannahuff is unattractive both inside and out. I fully understand why her former husband left her for a man- he made a good decision.

How much money is the extremely unattractive (both inside and out) Arianna Huffington paying her poor ex-hubby for the use of his name?

While @BetteMidler is an extremely unattractive woman, I refuse to say that because I always insist on being politically correct.

Mocking the way women look did not stop when he began running for president, though. During the Republican primary, Trump attacked Carly Fiorina by saying, “Look at that face. Would anyone vote for that?” This behavior has applied to reporters, too. According to The New York Times, when a female journalist wrote a negative column about him, Trump printed out the article, circled her picture, wrote “The face of a dog!” and sent it to her.

4. He Thinks Women Should Be Punished for Having Abortions 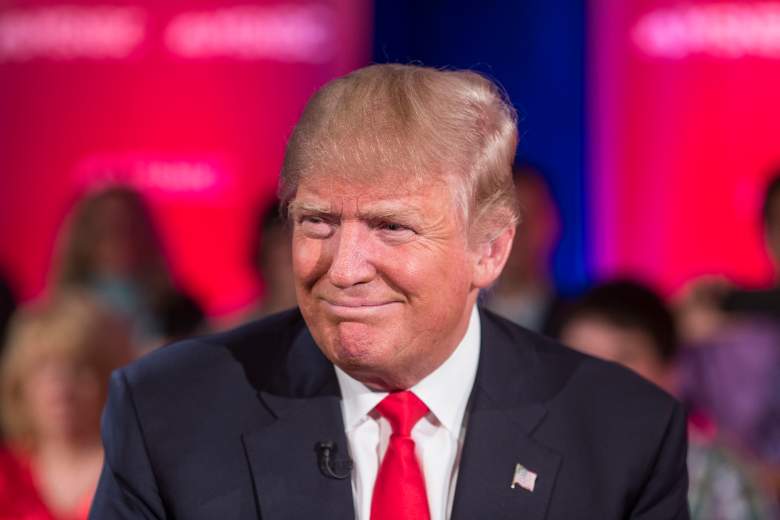 The issue of reproductive rights has alienated many women from the Republican party, but Donald Trump drew criticism even from many Republicans for his position on abortion.

In April, Trump said that “there has to be some form of punishment” for women who get abortions. The majority of Republicans believe that doctors who perform abortions should be punished, but not the women who receive them.

He flip-flopped on this issue several times after receiving backlash for the comments. First, his campaign released a statement saying that Trump believes the issue should be left up to the states. In an interview, Trump seemed to imply he would do nothing about abortion, saying that “right now, the laws are set.” But a day later, a campaign statement said that while abortion is currently legal, Trump will change it through judicial appointments when he becomes president. 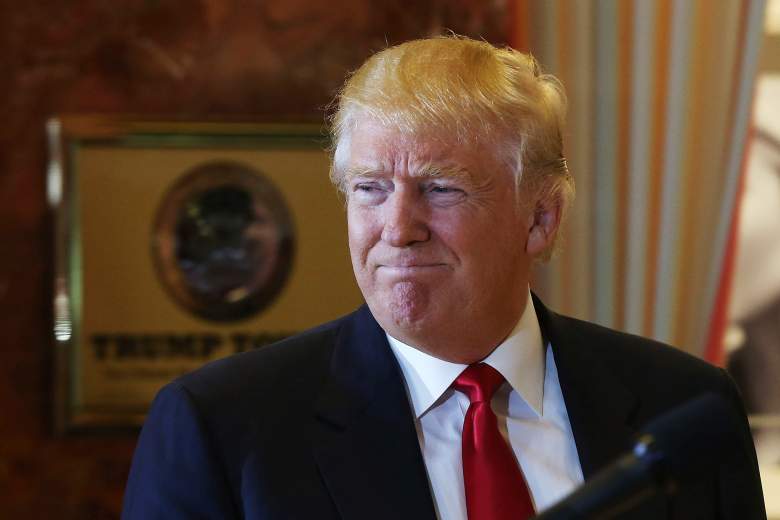 A recent report from The Boston Globe found that Trump’s female staffers make far less than his male staffers. Trump’s staff is 28% female, and while they make approximately $4,500 per month, the men on the staff make nearly $6,100 per month.

This disparity is much higher than the national average, and for comparison, the men on Hillary Clinton’s staff make only about $50 more per month than women, compared to the Trump campaign’s $1,600 difference.

This report concerned even many Republicans, who say the lack of diversity on his team is not the normal on the right.

“If anything, Trump is an aberration even inside the Republican world,” said Republican consultant Kevin Madden. “And for Republicans who have done such a good job putting women in positions of power, the Trump campaign is not a reflection of that.”

Loading more stories
wpDiscuz
0
0
Would love your thoughts, please comment.x
()
x
| Reply
Donald Trump is having difficulty winning over female voters. Can he turn it around before the general election?