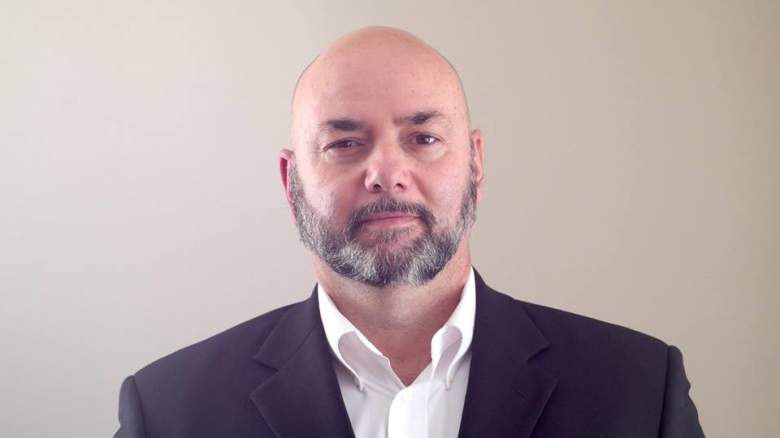 A former Secret Service agent who served under Bill Clinton says in a new book that Hillary Clinton is temperamentally unfit to be elected president.

This fact has been repeatedly touted by Donald Trump, who has mentioned Gary Byrne’s Crisis of Character repeatedly on the campaign trail. The book is set to launch next week, and it includes dozens of allegations sure to draw many in.

So who exactly is Gary Byrne, and is his book credible? Here’s what you need to know.

Gary Byrne is a 29-year veteran of law enforcement who served as a Secret Service agent during the Clinton administration. He was a uniformed officer posted outside of the Oval Office during his time there.

But as critics have pointed out, uniformed officer is the lowest level of security at the White House, according to Politico. Many other former Secret Service agents have dismissed the idea that someone so low ranking would have as much access as Byrne claims to have had in his book.

In Crisis of Character, Byrne describes himself as the “last barrier before anyone saw Bill Clinton,” but a supervisor of the presidential protective division told Politico that Byrne would have been stationed towards the back of the security detail, at least 15 yards away from the president.

Members of the Association of Former Agents of the United States Secret Service say that based on his job title, the most contact Byrne would have likely had with Bill and Hillary on a regular basis would have been to see them passing by in the hall.

2. He Says Hillary Clinton is Erratic and Violent 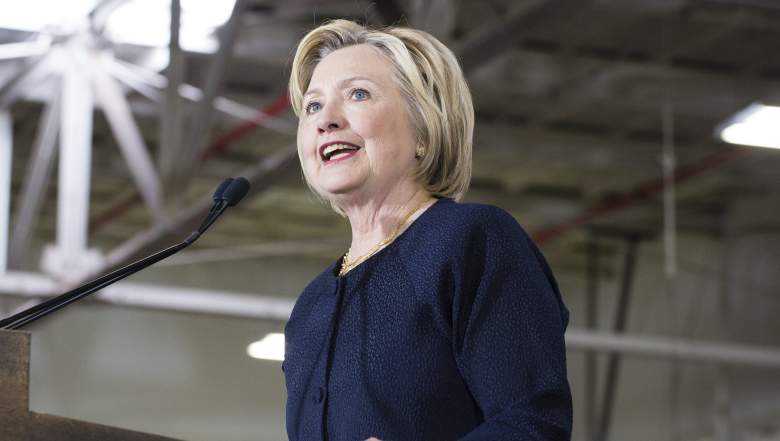 In Crisis of Character, Byrne argues that Hillary Clinton is not temperamentally fit to be commander-in-chief, clearly reflecting the Democratic candidate’s attacks on Donald Trump. He says that during his time posted outside President Bill Clinton’s Oval Office, he observed that Hillary was “erratic, uncontrollable, and occasionally violent.”

“From the bottom of my soul I know this to be true,” he writes, according to The New York Post. “And with Hillary’s latest rise, I realize that her own leadership style — volcanic, impulsive, enabled by sycophants, and disdainful of the rules set for everyone else — hasn’t changed a bit.”

During one chapter of the book, Byrne claims that one evening in 1995, Bill and Hillary Clinton got in a screaming match, a vase was smashed, and Bill Clinton emerged with a black eye. Byrne also alleges that Bill lived in fear of Hillary’s attacks and that secret service agents discussed whether they would have to protect the president from his wife, The Post reports.

He also describes Hillary Clinton as having a dual personality, and a New York Post front page about Byrne’s allegations read, “Jek-Hill and Hyde.”

3. He Was Worried Hillary Clinton Might Have Him Killed 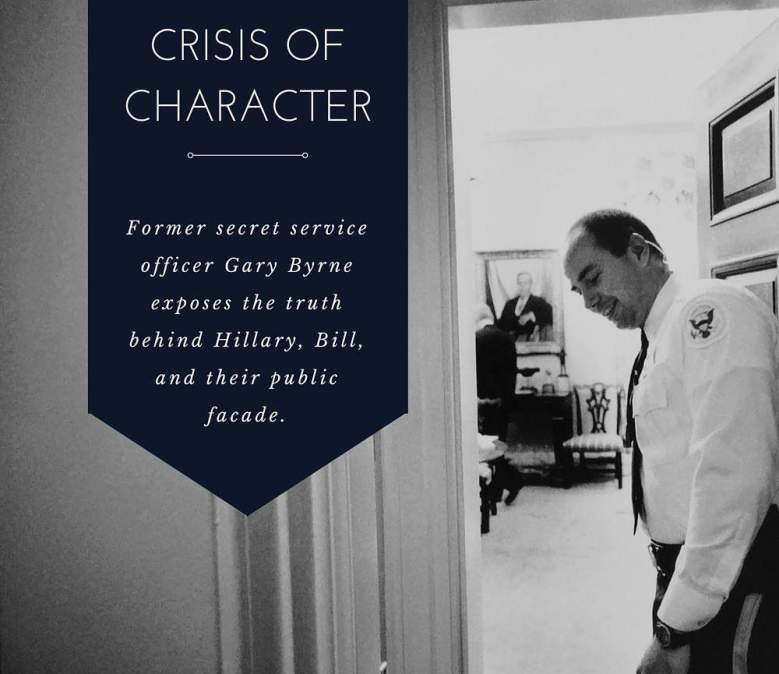 In Crisis of Character, Gary Byrne says he was seriously worried the Clintons might try to kill him. (Facebook)

Throughout the book, Byrne runs through various Hillary Clinton conspiracy theories from over the years, including the allegation that she had Deputy White House Counsel Vince Foster killed, according to Media Matters.

Though he offers no new evidence, Byrne says that Foster always seemed uncomfortable in the White House and says that word circulated throughout the Secret Service that Hillary berated Foster endlessly. He describes the circumstances surrounding Foster’s suicide as “spooky” and goes as far as to say he was worried Bill and Hillary Clinton might try to have him killed next. Byrne recalls instances when he was being interviewed by lawyers, and he was so paranoid of being assassinated he had his weapon loaded and ready to fire.

Foster’s death was ruled a suicide after five separate investigations, one of which spanned three years. On the campaign trail in May, Donald Trump described Foster’s death “very fishy,” according to The Washington Post. 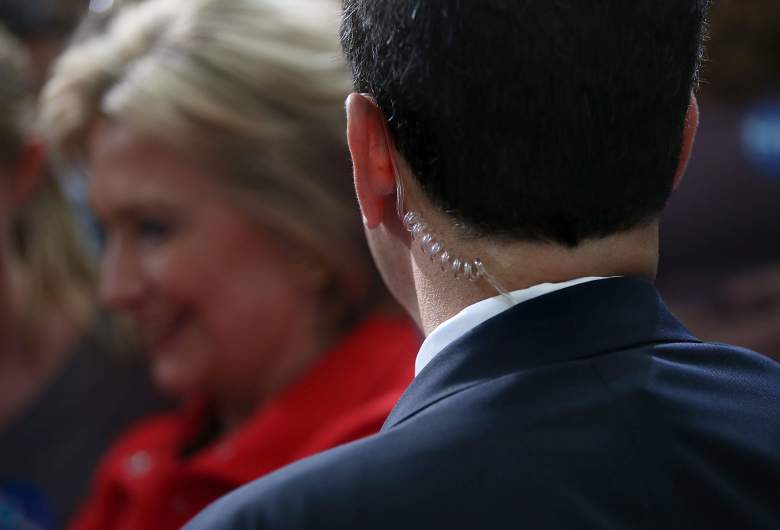 The Association of Former Agents of the United States Secret Service, a nonpartisan organization of Secret Service veterans, has denounced Byrne’s book, saying he clearly only wrote it for political purposes.

“One must question the veracity and content of any book which implies that its author played such an integral part of so many [claimed] incidents,” a statement from the group reads, according to Politico. “Any critique of management by one who has never managed personnel or programs resounds hollow. Additionally, why would an employee wait in excess of ten years after terminating his employment with the Service to make his allegations public?”

Jan Gilhooly, president of the organization, said that anyone familiar with how the Secret Service works could see that Byrne’s stories do not make sense. She did say that it is not out of the realm of possibility for a uniformed officer to be in the proximity of the president and first lady, but that this does not happen regularly.

Gilhooly added that she never witnessed any sort of inappropriate behavior while working in the Clinton White House, Politico reports.

A former supervisor of the presidential protective division also told Politico that Byrne’s book is at best likely the result of various rumors he has overheard, which Byrne then inserted himself into while writing.

Although it’s questionable whether Byrne could have the insider knowledge he claims to possess, Donald Trump has latched onto the book and has repeatedly cited it as an example of Hillary Clinton being unfit for office. He now brings it up at least briefly during most rallies, on television appearances, and in tweets.

Crooked Hillary Clinton is totally unfit to be our president-really bad judgement and a temperament, according to new book, which is a mess!

In just out book, Secret Service Agent Gary Byrne doesn't believe that Crooked Hillary has the temperament or integrity to be the president!

The book has also been embraced by conservative media personalities hosts like Sean Hannity, Matt Drudge and Alex Jones.

Byrne says in the opening of his book that he did not write it with any political goal.

Loading more stories
wpDiscuz
69
0
Would love your thoughts, please comment.x
()
x
| Reply
Former Secret Service agent Gary Byrne claims in a new book that Hillary Clinton is violent and unfit to be president. Is he a reliable source?