Police stand by to provide security for the 2016 Gay Pride Parade on June 12 in Los Angeles. (Getty)

A man who said he was in town for the West Hollywood gay pride parade was arrested in Santa Monica with assault weapons and possible explosives, the Los Angeles Times reports. No connection has been made to the Orlando terror attack.

The arrest of 20-year-old James Howell came just hours after Omar Mateen pledged allegiance to ISIS and then opened fire inside a gay nightclub in Orlando, killing 50 people and wounding 53 others in the deadliest mass shooting in American history.

Santa Monica Police said Howell told an officer he wanted to “harm” the gay pride parade, but they have not found any connection to the Orlando attack.

Los Angeles officials say they have increased security for the Los Angeles Pride Festival parade, as have officials in other places around the country, including Washington D.C.

The car driven by the suspect arrested in California had Indiana plates, the Times reports.

ProPublica reporter Robert Faturechi tweeted out a police alert about the arrest, which said the suspect had five pounds of mixed Tannerite-type powder, which can be used in explosives, assault weapons, long rifles, clips loaded and taped together, a camouflage outfit and a security badge:

The FBI is participating in the investigation. You can read more about Howell at the link below: 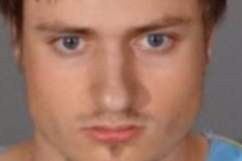 Loading more stories
wpDiscuz
1
0
Would love your thoughts, please comment.x
()
x
| Reply
A man who said he was in town for the West Hollywood gay pride parade was arrested with assault weapons and possible explosives in Santa Monica, police say.