Officer Brent Thompson, one of the five Dallas police officers killed in Thursday’s sniper attack, was a newlywed of two weeks, a father, a grandfather, and an officer with the Dallas Area Rapid Transit system.

Thompson, 43, had served in dangerous places before: He was an international police trainer who mentored Iraqi and Afghan police in the concepts of “democratic policing,” training Afghan officers how to avoid an ambush, according to a 2006 New York Times article quoting him and his own LinkedIn page. He’d also previously trained American police officers in active shooters.

In the mass shooting, 12 officers were shot in all and 5 were killed, a death toll that climbed throughout the night. Dallas Police Chief David Brown said in a live press conference that the shooter, Micah Xavier Johnson, wanted to kill white people and especially white police officers because he was upset about recent police shootings in other cities.

The shooter targeted Thompson and the other officers at a Black Lives Matter protest against the police shootings of Alton Sterling in Baton Rouge and Philando Castile in Minnesota.

1. Thompson Was a Newlywed, a Father of Six & Grandfather

Thompson was married just two weeks ago to a fellow DART officer and was in “great spirits from his recent marriage,” the DART Police Chief James Spiller said, according to USA Today.

Thompson had six children with his first marriage. Tara Thornton, a friend of Thompson’s 22-year-old daughter, said that Thompson and his family often gathered for classic rock singalongs, CBS8 said.

“He was a brave man dedicated to his family,” said Thornton, according to CBS8. “He loved being a police officer. He instantly knew that’s what he wanted to do. He knew he wanted to save lives and protect people. He had a passion for it.”

“Thank you for serving our country,” wrote one family member on Facebook. “Thank you for protecting us while we sleep. Most of all, thank you for loving our grand baby the way you did. Watch over us. Rest easy Brent Thompson. Dark days, my friends. #‎prayfordallas.‬”

Sandra Hughes, a retired teacher who knew Thompson, told The Washington Post: When he became a grandfather, he “just lived for those little kids.”

Another family member wrote on Facebook: “My heart is broken, rest in peace big daddy. we love you. Thank you for all you did.” 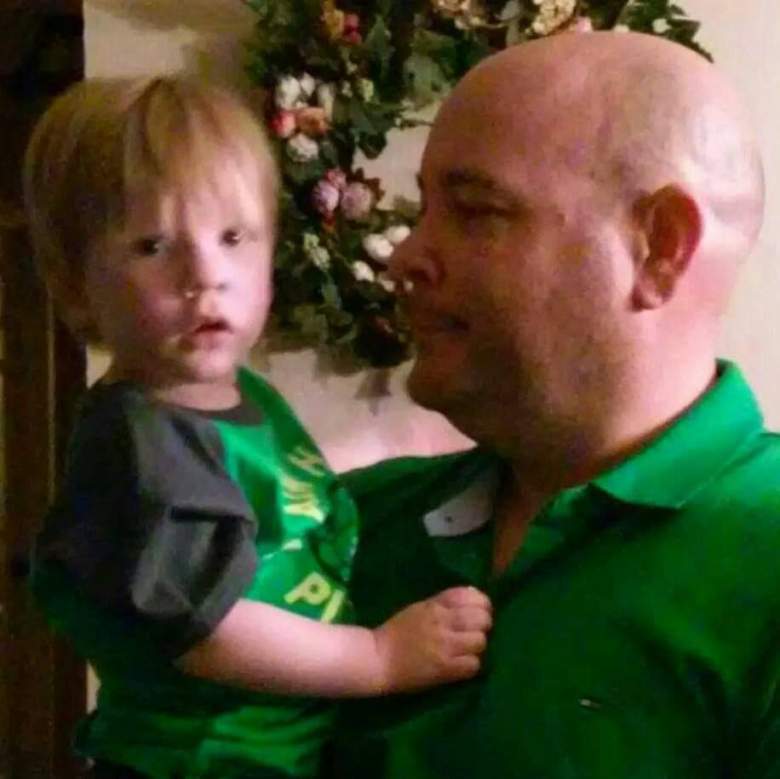 DART Chief Spiller said colleagues will make sure that Thompson’s family has support.

“Brent was a great officer. We will definitely miss him. But we are also making sure that his family is taken care of,” Spiller said, according to The Today Show.

According to his LinkedIn page, Thompson was chief of operations for Southern Iraq for DynCorp International, a private military contracter. “I was responsible for the day to day operations conducted by our American police officers who trained and mentored the Iraqi Police, ” he wrote.

“My area of responsibility was the Special Programs Units (Baghdad, Iraq), Training Teams located at the US Embassy (South), Camp Echo, Camp Delta, Basrah, and Babel. These teams covered Iraq from Baghdad to the southern border with Kuwait. I also worked in Northern Iraq: Mosul, Haman Al Lil, Duhook, Talifar.”

He also served in Afghanistan. “I also was in Afghanistan (Helmand and Khandahar Provinces); I was a Team Leader there and Lead Mentor to the Southern Provincial Police Chief. In all locations we mentored and taught our Iraqi/Afghan counterparts democratic policing, and assisted in the establishment of the police departments in those location.”

In 2006, The New York Times wrote a story chronicling the difficulties inherent in training the Afghan police force, including the dangers to the American trainers. The story said that America sent an eight-man DynCorp “saturation” training team to Lashkar Gah, and assigned Thompson to lead it. The Times called Thompson “a 33-year-old former police officer from Dallas.” Thompson, the newspaper said, determined that “American officials calculated that six Afghan policemen were dying for every soldier in the National Army who was killed.”

Half of the team’s two-week training course included teaching Afghan police military skills, “like how to launch or survive an ambush,” said the Times’ article. “Mr. Thompson, who trained the police in Iraq for DynCorp, said the Afghan police were more poorly equipped than their Iraqi counterparts. In one recent Afghan class, he said, 40 police officers shared 15 rifles,” the newspaper said.

3. Thompson Taught Specialized Police Training Courses in How to Handle an Active Shooter

On LinkedIn, Thompson said he worked at the police academy in the past. “While teaching at the Police Academy, I instructed courses to new recruits on different subject matter, as well as instruction to veteran police officers on state mandated courses.”

4. He Was the First Dallas Area Rapid Transit Officer Killed in the Line of Duty

Picture released of Thompson by DART.

DART announced Thompson’s death on its Twitter page around 2 a.m. Sunday. Three other DART officers were shot, but they are expected to recover. The other officers who died are with the Dallas Police Department. DART formed in 1989. According to his LinkedIn page, Thompson had worked for the DART system since 2009.

He wrote, “I patrol the Northwest sector for the DART systems. This area includes Lewisville, Texas; Carrollton, Texas; Farmers Branch, Texas; Irving, Texas; and Dallas, Texas.” He graduated from Corsicana High School in Texas, and his birthday was later this month.

In a statement, DART said:

As you can imagine, our hearts are broken. This is something that touches every part of our organization. We have received countless expressions of support and sympathy from around the world through the evening. We are grateful for every message. Thank you

DART’s chief, Spiller, told The Washington Post that Thompson was: “Very friendly, courteous, polite, professional. Engaging, but yet able to fully execute his duties as a police officer, and didn’t always necessarily resort to the police-type approach.”

5. Thompson Wrote That He Was Motivated by a ‘Team Atmosphere’ & Finding Ways to Serve

On his LinkedIn page, Thompson wrote, “I am motivated by a ‘Team’ atmosphere. I enjoy working on challenging tasks and problem solving with my peers. I am constantly looking for different ways to serve the department, this helps to keep my work from becoming sedentary and boring.”

On Facebook, Thompson posted this graphic in honor of a friend who had died, although he didn’t clarify how the man had died:

He also posted a shout out to the Wounded Warriors Project, writing, “Never leave a brother behind. PTSD is a hard battle at home. Support these troops that have everything to protect your freedom. Semper Fi, Brent Thompson, Former Active Duty Marine.”

Monica Moody, who is from the town where Thompson graduated from high school, wrote on Facebook, “This man was my classmate and friend, as he was a friend to many. a father, a brother, a son, a brave and honorable man who served our country and community. I don’t have the words to express the sadness I feel. I can only pray for his family and loved ones, and though I have little hope for it, for this sick world we live in. I will remember him. I will remember Brent Thompson.”