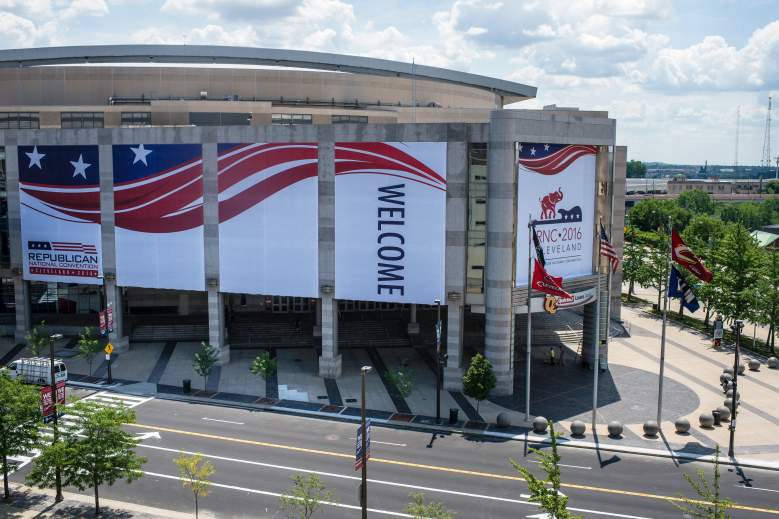 The Republican National Convention starts in Cleveland on July 18, but there is already action underway as the RNC Rules Committee meets today to hash out the rules that will ultimately decide who is named the Republican nominee for president. This could be the last stand for “Never Trump” movement followers who do not want to see Donald Trump as the face of the party in November.

The Rules Committee includes 112 members who represent 50 states and the U.S. territories. Former Utah Representative Enid Mickelsen is chair of the committee and Ron Kaufman is co-chair.

This is the stage of the game where the committee can decide to “unbind” delegates so they do not have to vote for the candidate their state picked in the primaries and caucuses. There are members of the rules committee who want to see that happen, including Kendal Unruh of Colorado. She told the Washington Post that she will introduce the “unbind” proposal. She believes that this will let delegates vote with their “conscience.”

Two of the key committee members Republican National Committee chairman Reince Preiebus will have to win over are Utah Senator Mike Lee and his wife, Sharon Lee. Unruh is trying to get them on her side, as well. Lee has been a vocal Trump critic.

“I have not supported Donald Trump up to this point, I have not endorsed him,” Lee said in May,reports The Washington Examiner. “I have some concerns with him. He scares me to death; so does Hillary Clinton. There is no easy choice right now.”

The National Review reports that Priebus called a private meeting with Virginia Committeeman Morton Blackwell and other Never Trump leaders about trying to avoid keeping the Rules Committee meeting going longer than usual.

Ken Cuccinelli is also an important player today. The former Virginia attorney general told Politico that he thinks there will be “an extensive set of proposals that push the power of the Republican Party toward grass-roots conservatives” during the rules committee meeting. The National Review is also reporting that Cuccinelli is considering a deal with Priebus that would include making changes to the 2020 nomination rules in exchange for pulling some anti-Trump measures so the meeting is short.

After the first five-hour meeting, the Rules Committee failed to vote on a single amendment. The meeting resumed without a deal with Cuccinelli. Sources told the National Review that Cuccinelli wanted the first four Republican primaries and caucuses in 2020 closed so only Republican voters could vote.

The committee will keep Rule 12, which isn’t good news for the anti-Trump movement. This rule allows the RNC to change rules even after the convention starts.

"It's over, folks" — Steve Scheffler admonishing his colleagues on the #rulescommittee floor to get behind @realDonaldTrump as nominee

Unruh’s proposal to let delegates vote with their conscience was not passed.

Rules Committee seconds after they quashes the conscience clause by voice vote pic.twitter.com/WMxO1xsZ5I

Anti-Trump people get crushed at Rules Committee. It was never in doubt: Convention will honor will of people & nominate @realdonaldtrump.

For the 2012 RNC in Tampa, Rule 16 was put in place and required states to have their delegates vote based on the primary polls. However, Rules Committee member Carly Haugland of North Dakota told NPR in April that delegates aren’t bound by the primaries and can already vote with their conscious.

Meanwhile, the party also announced a partial list of speakers for the convention.