Donald Trump’s campaign manager Kellyanne Conway is a mother of four and veteran GOP pollster who was tasked with helping Trump improve his image with women.

Conway was named counselor to the president by Trump on December 22.

“I want to win,” Trump said as he shook up his campaign on August 17, naming Conway as campaign manager and Breitbart News Chairman Stephen Bannon as his campaign’s CEO, Politico said. Both have followed him into the White House.

Trump has said he’s making Conway his counselor to the president because she’s tenacious and committed to his message.

“I’m bringing on fantastic people who know how to win and love to win,” Trump said, according to Politico, when he replaced Paul Manafort with Conway.

Conway is regarded as a conservative gender gap expert who has worked for years on women’s trends in polling but has had her own controversies relating to comments about women’s issues, once calling for femininity instead of feminism in a speech. She also once advised that Republicans stop talking about rape during campaigns, according to a 2013 Politico article.

Her husband, George, is a New York lawyer who was part of secret efforts to boost the lawsuit of Clinton accuser Paula Jones, The New York Times has written.

Trump’s campaign shakeup came after Hillary Clinton had risen in the 2016 presidential polls. The RealClearPolitics polling average showed her up 6.1 percent in national polling; Clinton’s numbers had climbed since the Democratic National Convention as Trump became embroiled in controversies over a Gold Star father and other issues. After Conway came on board, though, Trump’s poll numbers improved, and he weathered the series of sexual assault allegations to win the presidency.

1. Conway Is a ‘Pollstress’ Who Once Demanded Her Daughter Change out of a Turquoise Shirt to Honor Betsy Ross

Politico describes Conway “as a pollster for Trump’s running mate Indiana Gov. Mike Pence” and says she “has been working with the Trump campaign since July.”

In 1995, she founded The Polling Company, Inc., which calls itself “a nationally-regarded primary research and consulting firm based in Washington, DC, with offices in New York City.”

Bloomberg calls Conway “a 49-year-old movement conservative from New York” and says she was the “first woman to manage a Republican presidential campaign.”

She frequently appears on national television shows to discuss the campaign, and her firm conducts political market research. Conway emerged as a national conservative commentator during the Clinton years. National Review says that “when the Clinton-impeachment struggle ensued, a team of ‘brainy blond barristers’–Kellyanne Conway, Ann Coulter, and the late Barbara Olson–appeared on television night after night to fearlessly defend the Constitution against the likes of Susan Estrich, Ellen Ratner, and Eleanor Clift.”

“Kellyanne Conway is someone who understand the role of polling and focus groups.” — @FrankLuntz pic.twitter.com/psZo5CgRNq

In a press release announcing her hire, the Trump campaign said, “Ms. Conway, a highly sought-after pollster, will work on messaging and travel frequently with Mr. Trump, while working closely with Mr. Bannon and Mr. Manafort on all aspects of the campaign moving forward.”

Conway is a mother of four; she once asked her 11-year-old daughter, Claudia, to change out of a turquoise shirt on Memorial Day and into a blue one because “it wasn’t a shade available to Betsy Ross when she stayed up through the night sewing the damn flag,” according to The Las Vegas Review Journal.

The newspaper says Conway was raised in New Jersey in a half-Irish, half-Italian family where women “posted prints of the Pope and the Last Supper on the walls.”

The Las Vegas Review Journal says she still lives in New Jersey and met Trump in 2006, “when she served on the condominium board at Trump World Tower in Manhattan.” Now, she is frequently seen coming and going at Trump Tower, and interacting with the news media clustered there.

2. Conway Is Married to a Lawyer Who Represented a Tobacco Company,Worked on the Paula Jones Lawsuit & Against Felons Being Able to Vote

On Twitter, Conway calls herself: “Pollstress. Pres., The Polling Company/WomanTrend since 1995. Mother of 4 Fabulous Children. Senior Advisor and Pollster to Trump-Pence 2016.”

She is married to George T. Conway III, and they have four children, according to her company bio. Her husband is a “a litigation partner at the law firm Wachtell, Lipton, Rosen and Katz,” and her maiden name was Fitzpatrick. 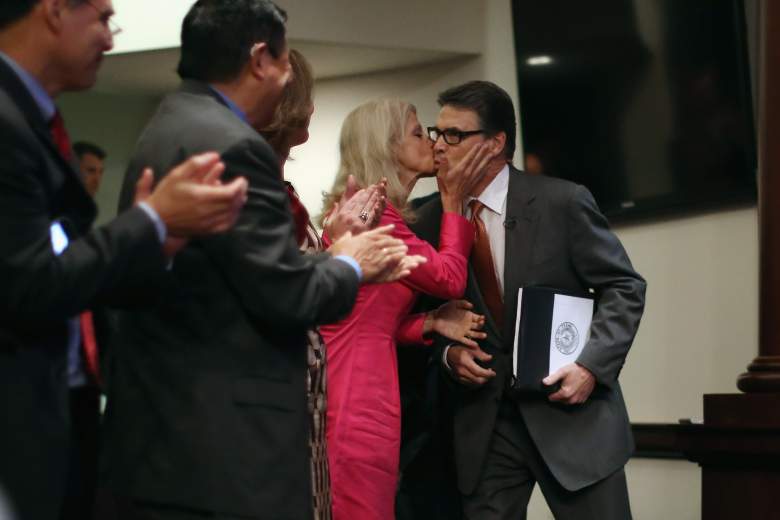 George Conway’s law firm bio says he is a partner who joined the firm in September 1988 and has litigation experience “in securities litigation, mergers and acquisitions litigation, contract litigation, antitrust litigation, and other litigation, both at the trial and appellate levels.” The website says he worked on cases involving a Swiss artist and worked on a case for Philip Morse in which ABC News ended up publicly apologizing “for asserting in a news program that two giant tobacco companies add extra nicotine to their cigarettes.”

The New York Times said that apology was criticized by anti-smoking advocates, quoting one professor as saying, “Philip Morris has bullied a major television network into apologizing for what was essentially a true story.”

The Observer claims that George Conway worked on the Paula Jones lawsuit against Bill Clinton and may have been a source for Matt Drudge, although this has not been proven. The New York Times named George Conway as one of a “small secret clique of lawyers in their 30’s who share a deep antipathy toward the President” and who helped push the Paula Jones case “into the criminal arena and into the office of the independent counsel, Kenneth W. Starr.”

Bloomberg wrote: “Her husband, George T. Conway III, a lawyer at Wachtell, Lipton, Rosen & Katz, was behind some of the most bitter lawsuits against Bill Clinton in the 1990s and stories that were promoted via the Drudge Report.”

Of Conway, specifically, The Times said he was “a New York lawyer educated at Yale” who “shared Mr. Marcus’s low view of President Clinton. When the Jones case led to Ms. (Monica) Lewinsky, (another lawyer) and Mr. Conway searched for a new lawyer for Mrs. (Linda) Tripp.”

George Conway also represented the NFL in trademark litigation against the Dallas Cowboys, and “his pro bono work includes his successful representation in the Second Circuit of crime victims and public-interest groups as amici curiae in opposing claims that federal law requires the State of New York to allow felons to vote while still incarcerated,” the website of his New York law firm says. 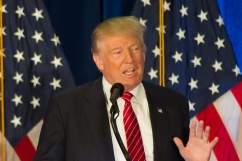 3. Conway Supported Ted Cruz in the Primary, Was Involved in Attack Ads Against Trump & Has Her Own History of Controversial Comments on Rape & Hillary Clinton

The Review Journal says Conway has been criticized before for comments she made about women. “She caught flack for telling women to embrace femininity, not feminism, in a 2011 speech at the Conservative Women’s Network. She caught more in 2013 for advising a group of House Republicans to stop talking about rape,” the newspaper said.

In the latter incident, Former Rep. Todd Akin (R-Mo.) had sparked controversy when he said a woman could terminate a pregnancy resulting from a “legitimate rape,” according to Politico. Soon after, Conway “dispensed the stern advice” that Republicans should avoid talking about rape in campaigns, calling it a “four-letter word,” according to Politico.

Politico said Conway made the comment “as part of a polling presentation she made alongside fellow GOP pollsters David Winston — an adviser to House Speaker John Boehner (R-Ohio) — and Dave Sackett. The comment was described by several sources in the room.”

Conway was Akin’s consultant and also created controversy when she compared him to cult leader David Koresh, said CNN.

Conway has also criticized Hillary Clinton over Bill Clinton’s extramarital relationships, saying, according to Rolling Stone:”The fact is that Hillary Clinton could not stand up to a cheating husband, so how in the world would she stand up to North Korea and some of our other enemies around the globe?” In 2004, Conway said on CNN that Clinton “wasn’t popular until her husband treated her like a doormat,” Rolling Stone said.

4. She Is a Lawyer Who Was Tapped by the RNC to Counter the ‘War on Women’ but Has Criticized Feminism

.@KellyannePolls on @HillaryClinton: "She's the second most popular person in a two-person household." #KellyFile pic.twitter.com/Y2kKDQOYMm

Conway’s company bio says “the RNC tasked Kellyanne with helping to defeat the so-called ‘War on Women.’” One division of her polling company, WomanTrend, tracks “the social, cultural, financial, professional and health trends influencing—and being influenced by—women,” the company website says. The Review Journal says she was hired to fix Trump’s image with women by urging him to show more compassion and not insult their looks.

Her company biography calls her a “fully-recovered” attorney, and says she is admitted to practice law in four jurisdictions (Maryland, New Jersey, Pennsylvania, and the District of Columbia). “She has practiced law, clerked for a judge in Washington, DC and for four years, was an adjunct professor at George Washington University Law Center,” says the bio.

She earned a B.A. in political science from Trinity College, Washington, D.C., studied at Oxford University, and earned her law degree, with honors, from George Washington University Law Center, the bio says.

5. Conway Now Has a Top Position as Counselor to the President & Was Dubbed the ‘Trump Whisperer’ 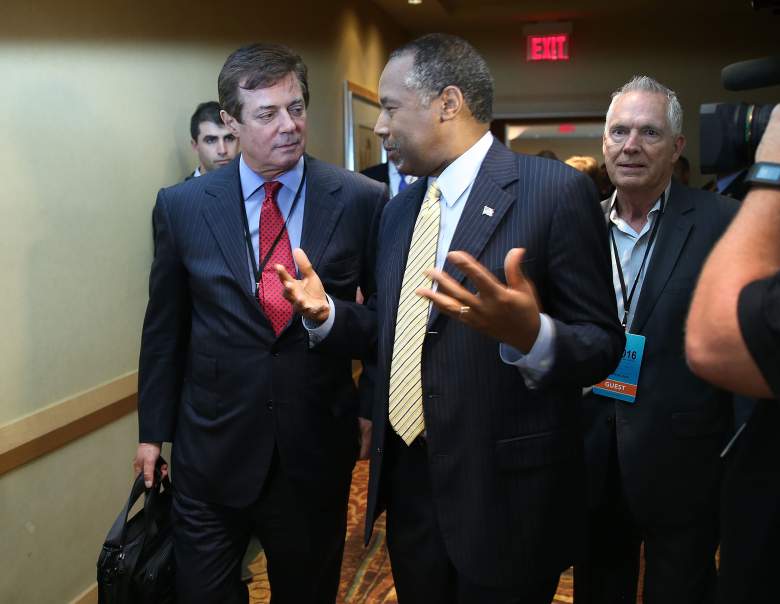 Conway has been one of Trump’s highest-profile surrogates in the news media, and, with others, she helped engineer his surprise victory.

In a story announcing that Conway has been named counselor to the president by Trump, The New York Times labeled her the “Trump Whisperer.”

That slot makes her the highest-ranking female in Trump’s administration, said The Times.

According to CNN, Conway “will work with White House senior leadership on messaging and to help execute the administration’s legislative priorities.”