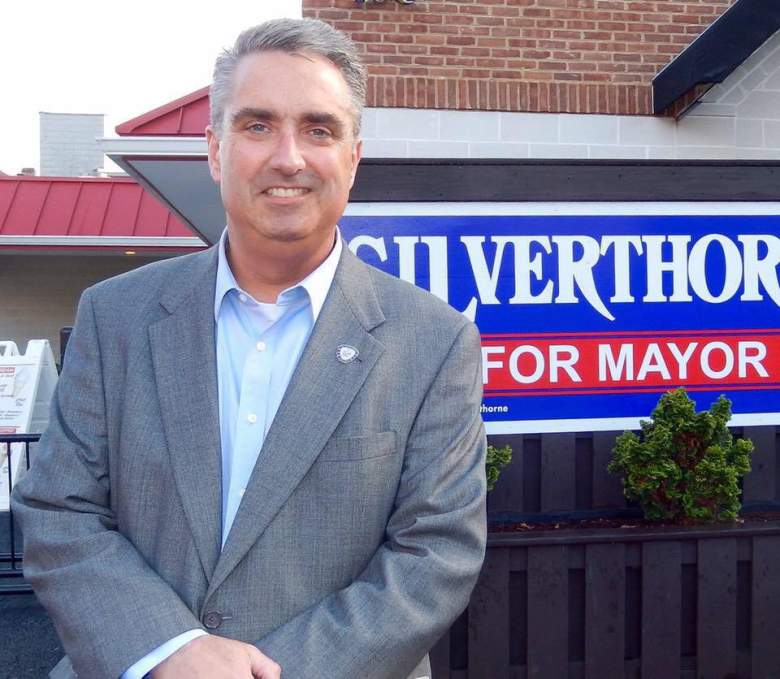 The City of Fairfax mayor is accused of distributing methamphetamine in exchange for sex after police staged an undercover sting at a hotel.

Silverthorne, 50, was arrested Aug. 4 at a Crowne Plaza Hotel, said NBC 4. In addition to being mayor of The City of Fairfax, Virginia, Silverthorne is a substitute teacher, the news station said.

Silverthorne had struggled with recent financial problems and a cancer diagnosis. 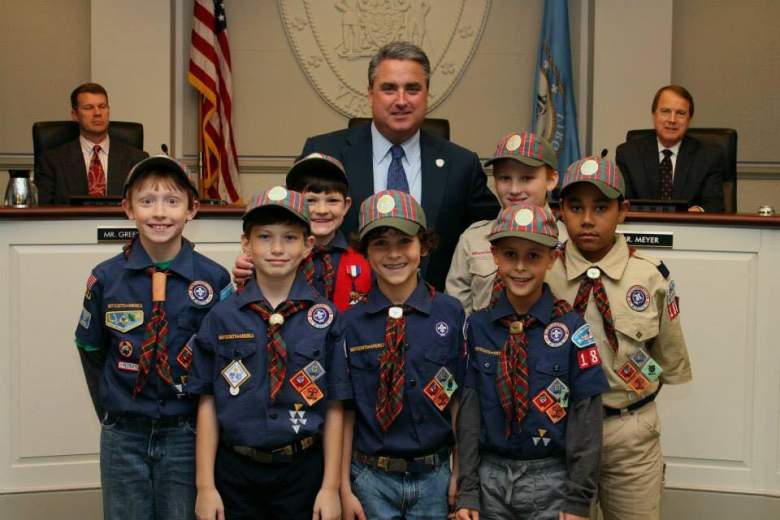 USA Today calls Fairfax a “rich DC suburb” about 20 miles from Washington D.C. and says Silverthorne is in his third term as mayor. On his Facebook page, Silverthorne, who goes by “Scott Silverthorne,” wrote, “Native of the best small city in America, Fairfax, Virginia. Blessed to be serving as its mayor.”

USA Today said police started the investigation in July after learning of a possible Fairfax meth dealer and “found that Silverthorne was allegedly trying to distribute meth through a website used to arrange for casual sex between men.”

Based on information obtained during the investigation, “a suspect was identified who was allegedly distributing methamphetamine through a website used to arrange for casual sexual encounters between men,” said the release. Police Capt. Jack Hardin told CBS police “received a tip that Silverthorne had been arranging drugs-for-sex encounters.”

Silverthorne, a Democrat, was charged with felony distribution of meth and misdemeanor possession of drug paraphernalia, says USA Today.

2. Silverthorne Is Battling Cancer & Said 2015 Was a ‘Terrible Year’ 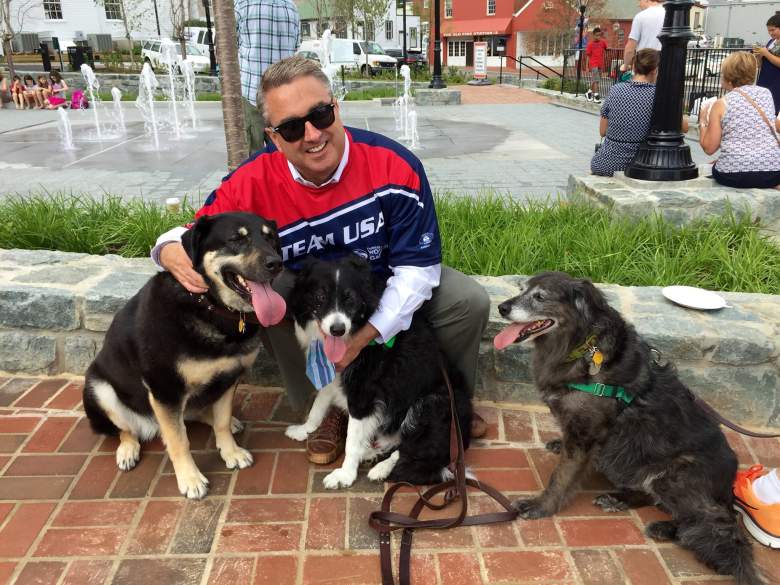 In 2015, Silverthorne announced he had cancer at a meeting of the Fairfax City Council, said The Fairfax Times.

Silverthorne told the Times that he was diagnosed with “squamous cell carcinoma of the neck,” and made the announcement on his 50th birthday, the newspaper said.

“While celebrating a birthday is always fun, especially a big one, every party has a party pooper. Tonight, that person is me,” he said, according to The Times. “Now for the good news, I have a terrific doctor who has advised me that this has not spread throughout my body and it should be highly treatable and curable.”

Before that year, 2015, which Silverthorne told The Washington Post was a “terrible year,” he had “weathered public criticism over the city’s decision to sell land it owned in Loudoun County without a public bidding process,” the newspaper said.

The Post described a series of financial problems that Silverthorne was facing: He was laid off from his job as a director of recruitment with the National Association of Manufacturers; he “owed about $58,000 to various creditors and filed for federal bankruptcy protection”; and the bank foreclosed on his house, so he had to move in with a friend.

3. Two Men From Maryland Were Identified As His Suppliers, Authorities Contend

The Post identified those men as Juan Jose Fernandez, 34, and Caustin Lee McLaughlin, 21, and says they will “face several charges, including meth distribution.” CBS said police “had information on what the mayor was looking for, what types of activities” he wanted to engage in.”

Both men are from Maryland, the police news release said, and “During McLaughlin’s arrest, he physically resisted which resulted in a detective deploying his Electronic Control Weapon (ECW).”

Silverthorne has been Fairfax mayor since 2012. (Facebook/Scott Silverthorne)

According to USA Today, an undercover detective created a profile on a website, and Silverthorne arranged to meet him at the Crowne Plaza Hotel in Virginia’s Tysons Corner area allegedly to exchange the meth for “a group sexual encounter.”

At the hotel “Silverthorne provided methamphetamine to the undercover detectives,” the police release said. CBS says the mayor gave a “full confession,” according to police and faces an October preliminary hearing.

5. Silverthorne Touted ‘Quality of Life’ Issues as Fairfax Mayor & Is a Substitute Teacher 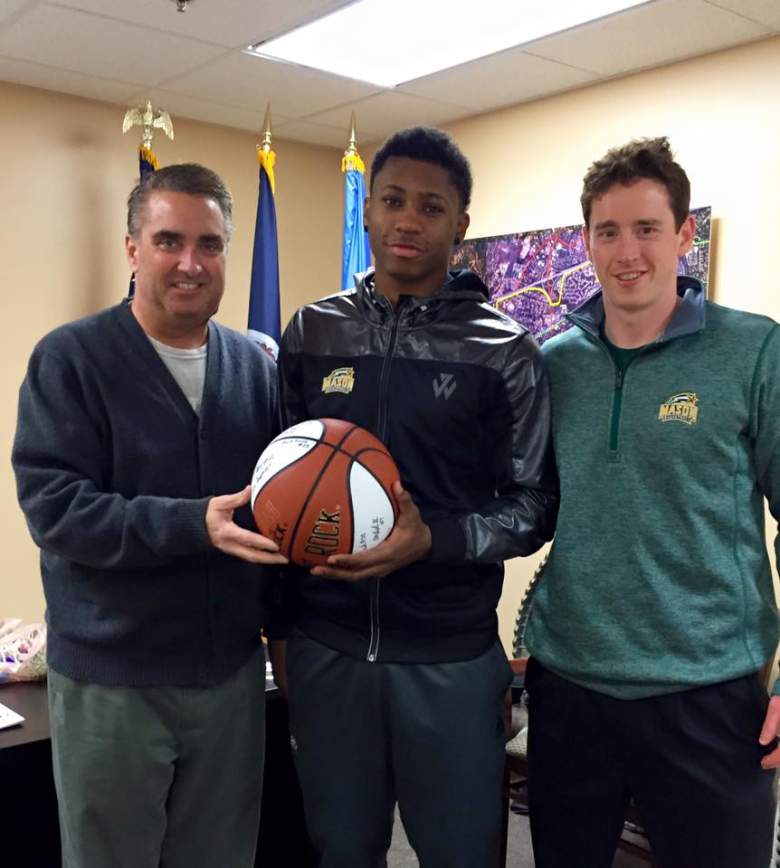 The City of Fairfax biography for Silverthorne says “The Mayor is a champion for quality of life issues as well. Under his tenure, parks, recreation and cultural activities in the city have flourished.” The city says Silverthorne is a native of Fairfax, who received a degree in business administration in 1988 from Radford University.

He is the son of former Fairfax mayor, Frederick Silverthorne, The Washington Post said. On Twitter, Silverthorne wrote of his mission as mayor, “One of my key priorities has been to create bike lines, sidewalks & trails to promote a healthy lifestyle.”

Watch his swearing in speech:

Before becoming mayor, Silverthorne previously served nine full terms on the City Council, from 1990-2008, and a partial term from 2011-12, says the city. On his Twitter page, various photos show Silverthorne interacting with local police as mayor. In some photos, he is handing out blankets to refugees and doing other mayoral duties.

Loading more stories
wpDiscuz
50
0
Would love your thoughts, please comment.x
()
x
| Reply
The mayor of Fairfax, Virginia, has been arrested in a "meth-for-sex" undercover sting.