However, there’s not only bad news for Trump, as one national poll shows him leading, and some of the other polls have him within or just outside of the margin for error, meaning it’s still a very tight race with two more debates to go.

However, Clinton received a bounce in several new battleground state polls, says The New York Times. This stands in contrast to non-scientific online polls the night of the debate that almost all showed Trump winning the debate. Critically, polls in Florida and New Hampshire now have Clinton ahead. However, another Florida poll shows the race is still a virtual tie, so the gains are slight and, in some ways, polls are contradictory on the point.

The RealClearPolitics polling average has Clinton with a 2.9 percent lead, in polling from September 15 through September 29. That’s up slightly from before the first presidential debate on September 26.

The debate featured dramatic clashes between the two major party candidates for president, and it created anticipation regarding whether the debate would move the needle for either candidate. Polls that asked the question showed most voters thought Clinton won the debate.

Much was made of Trump repeatedly interrupting Clinton (51 times), as well as Clinton raising Trump’s old comments about beauty queen Alicia Machado‘s weight.

The race had tightened since late August, erasing a bounce that Clinton received after the Democratic National Convention. Clinton’s numbers were also hampered by her medical episode at the September 11 memorial ceremony.

However, the latest polls now show that Clinton is starting to regain some momentum. Again, though, that trend only shows up in some polls, and it’s a slight gain.

Here’s what you need to know of key polls measuring voters’ opinions after the debate:

The Fox News poll was conducted September 27 to 29.

However, Clinton’s lead shrinks in the Fox News poll when you include Libertarian Gary Johnson and Green Party nominee Jill Stein. In the four-way match up, Clinton has 43, Trump has 40, Johnson has 8, and Stein has 4.

The margin for error is three, so that means the race is still virtually tied in this poll in the four-way match up.

Trump leads by 5 points in this daily tracking poll by the Los Angeles Times/USC. The poll was conducted September 30.

The LA Times poll is conducted daily and shows a small uptick in Trump’s support since the debate.

Florida is a critical state to win the presidency, and recent polls had shown the race in a virtual tie. In this poll, Johnson has 7 percent and Stein 1 percent.

According to the pollsters, “Despite small shifts that have given Clinton a post-debate bump, the race is still very competitive and the outcome will hinge on where and among whom voter
turnout is higher.”

Showing the volatility in the race, a second Florida poll shows the race is tied in that state. The poll was conducted September 30.

In the key state of New Hampshire, Clinton has broken out a decent sized lead. In this poll, Johnson has 13 percent and Stein has 4.

The poll was conducted on September 27 through September 29. Most people in this poll thought Clinton won the debate.

The Rasmussen poll is a virtual tie. Johnson had 6 percent and Stein 2. The survey of 1,500 Likely Voters was conducted on September 27 to 29.

The PPP poll was conducted September 27 through 28. In this poll, Johnson had six points and Stein had one. 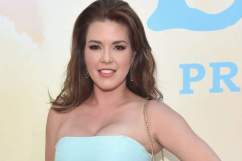 Loading more stories
wpDiscuz
9
0
Would love your thoughts, please comment.x
()
x
| Reply
The latest 2016 presidential polls show Hillary Clinton received a post-debate bounce in some, including in the battleground states of Florida and New Hampshire.