Tulsa Police released 911 calls and dispatch audio from the fatal shooting of Terence Crutcher, an unarmed black man, by Officer Betty Shelby, along with videos of the incident.

You can listen to the 911 calls above.

Crutcher, 40, was shot by Shelby on September 16 after his car broke down in the middle of the road in the Oklahoma city. Shelby, who fired one shot, has been placed on paid administrative leave while the shooting is investigated. Crutcher’s family and protesters have called for her arrest on murder charges.

You can read more about the shooting here.

In the first 911 call, a woman calls in an abandoned vehicle.

“Somebody left their vehicle running in the middle of the street with the doors wide open,” the woman says. “The doors are open, the vehicle is still running. It’s an SUV. It’s like in the middle of the street, it’s blocking traffic. … There was a guy running from it, saying it was going to blow up. But I think he’s smoking something. I got out and was like ‘do you need help?’ And he was like, ‘come here, come here I think it’s going to blow up.'”

She then said the man took off running and the woman left. She came back 10 minutes later and the SUV was still there.

In a second call, another woman tells a dispatcher, “there’s a car that looks like somebody just jumped out of it and left it in the center of the road on 36th Street North, and North Lewis Avenue. … It’s dead in the middle of the street. … It’s a Navigator, the driver side door is open like somebody jumped out, it’s on the yellow line, blocking traffic.”

Police also released dispatch audio from officers’ communications. You can listen to that below:

You can watch videos recorded on police dashboard cameras and from a police helicopter at the link below: 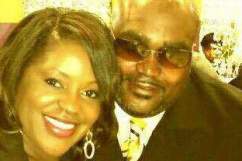